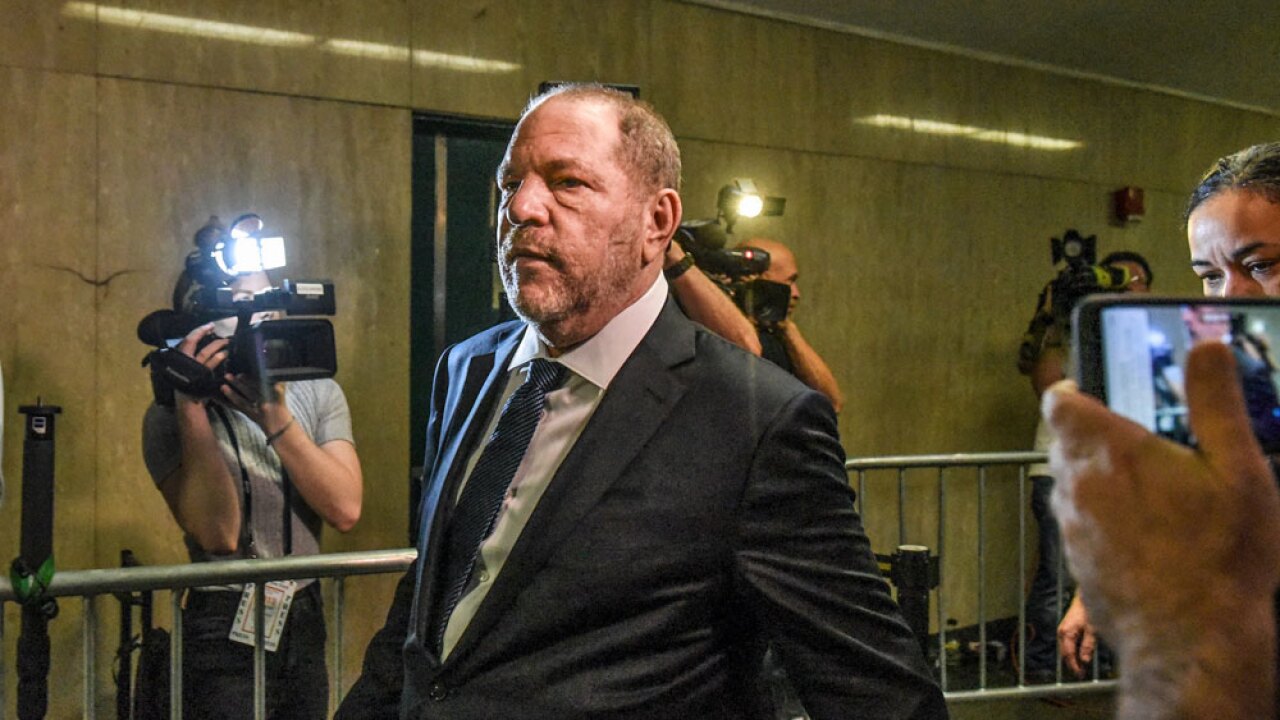 NEW YORK (AP) -- One last accuser is expected to take the witness stand at Harvey Weinstein's rape trial on Wednesday as prosecutors wind down the New York City case by highlighting an alleged assault that's part of the disgraced movie mogul's pending criminal charges in California.

Model and actress Lauren Marie Young alleges Weinstein stripped naked, masturbated in front of her and groped her breast in the bathroom of his Beverly Hills hotel room just days before the Oscars in February 2013.

Young follows three days of often intense testimony from one of the key accusers in the case. That woman testified she attended parties with Weinstein and also had sexual encounters during Oscar week in 2013 before he allegedly raped her in New York about a month later.

The Los Angeles County District Attorney included Young's allegations in charges they filed against Weinstein on Jan. 6, just as his New York trial was getting underway. The charges allege Weinstein assaulted Young and raped a different woman on back-to-back nights in February 2013.

Young is the third of three women prosecutors are calling to bolster their effort to portray him as a serial offender even though their accusations aren't part of the underlying criminal charges at issue in the New York City trial.

Prosecutors called them as witnesses under a state law that allows testimony about so-called "prior bad acts," enabling them to explore things like motive, opportunity, intent and a common scheme or plan.

The two other witnesses in that category testified last week. Dawn Dunning told jurors Weinstein reached up her skirt and fondled her genitals in 2004. Tarale Wulff alleged Weinstein masturbated in front of her on one occasion and raped her on another in 2005.

Weinstein's New York trial involves just two allegations: that he raped a woman in March 2013 and forced oral sex on a TV and film production assistant in 2006.

Weinstein, 67, has insisted any sexual encounters were consensual.

The Associated Press typically does not publish the names of people alleging sexual assault unless they give their consent. The AP is withholding the name of the woman alleging the March 2013 rape because it isn't clear if she wishes to be identified publicly.

Young, then in her early 20s, says she went to Weinstein's hotel room to continue a conversation with him about interest in a dark comedy script she was writing about her life. She alleges a female friend of Weinstein's who was there shut the door and trapped her in the bathroom with him.

"Lauren, scared and disgusted, escaped the bathroom, shocked at (Weinstein's friend) who remained outside the bathroom door, gave a dirty look and fled, running home and hysterically recounting what happened to her two friends," prosecutor Meghan Hast said in an opening statement.

On Tuesday, the jury was shown a series of nude photos of Weinstein taken by the district attorney's office a few weeks after his arrest, presumably to try to corroborate claims by the woman he's charged with raping that she noticed "extreme scarring" on his body.

Weinstein's anatomy could come up again when Young takes the stand, since she also alleges she saw him naked.