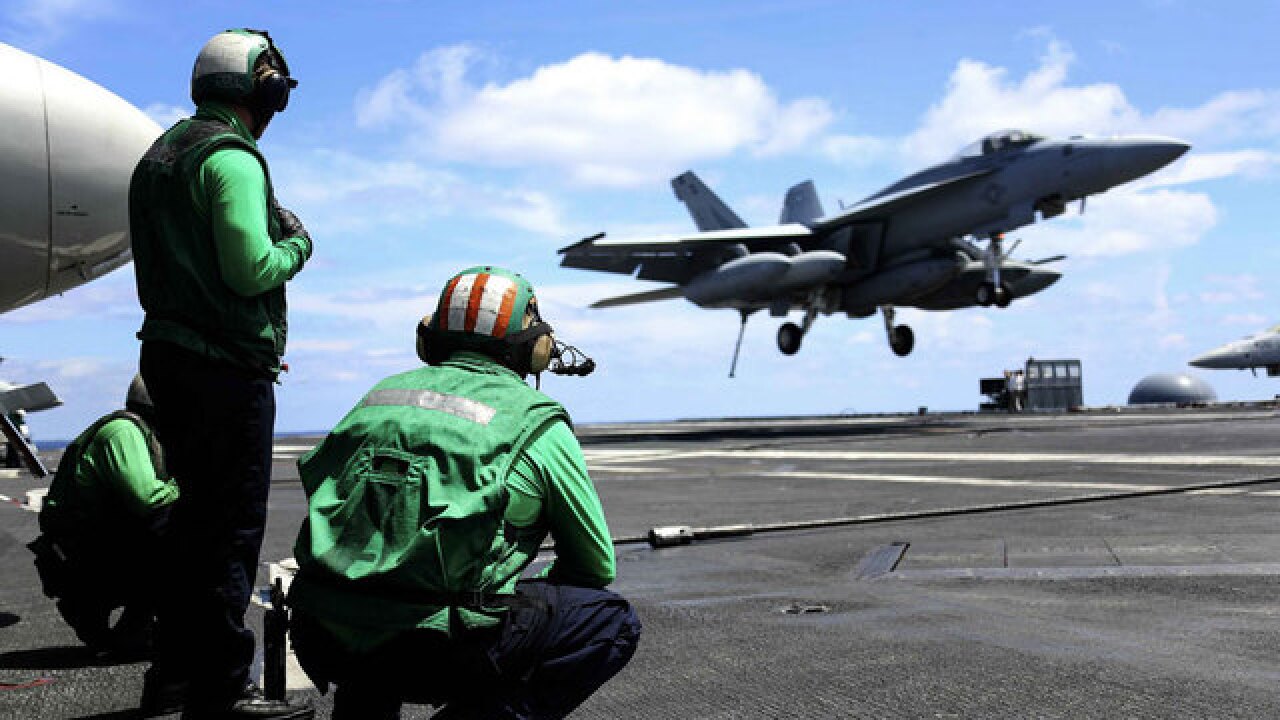 NORFOLK, Va. (AP) — The U.S. Navy says a sequel to the 1986 blockbuster "Top Gun" is filming this week aboard a Norfolk-based aircraft carrier.

Hecht says no actors are aboard and the crew is shooting footage of air operations on the flight deck, including landings and takeoffs.

A publicist with Jerry Bruckheimer Films and Television declined to provide the newspaper any details about the production.

The movie is scheduled for release in July 2019.