On Earth Day, a look at what the presidential hopefuls think of climate change

It’s Mother Earth’s birthday Wednesday, which for some means giving back to the environment, enjoying the great outdoors and doing whatever you can to clean up the planet. But for some politicians in Washington, D.C., it’s another day to grapple with the science behind global warming.

We decided it was a good time to round up statements from each of the four declared presidential candidates that personify their views on climate change — Earth Day or not.

In an interview with CNN, Republican Senator from Texas Ted Cruz blamed the equivalent of weather flip-flopping for climate change. 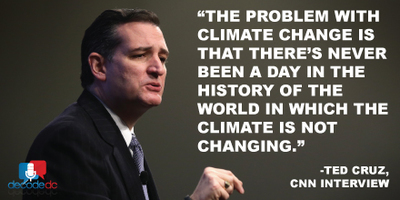 Back in 2014, Senator of Florida, Republican Marco Rubio, said that he thought scientists were exaggerating their global warming claims.

Last year Kentucky Senator Rand Paul cited geology, the study of rocks, for why the climate changes over long periods of time. 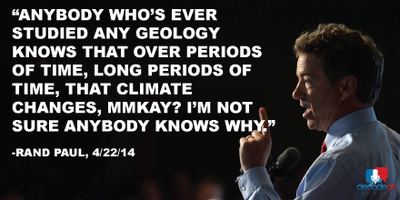 Former Secretary of State Hillary Clinton told a group of supporters in Iowa that she agrees with scientists about climate change, and worries about candidates who do not. 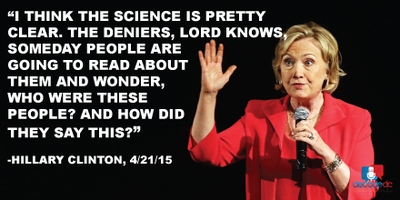