'No need to really be fearful' of spike in coronavirus cases, Florida Gov. Ron DeSantis says 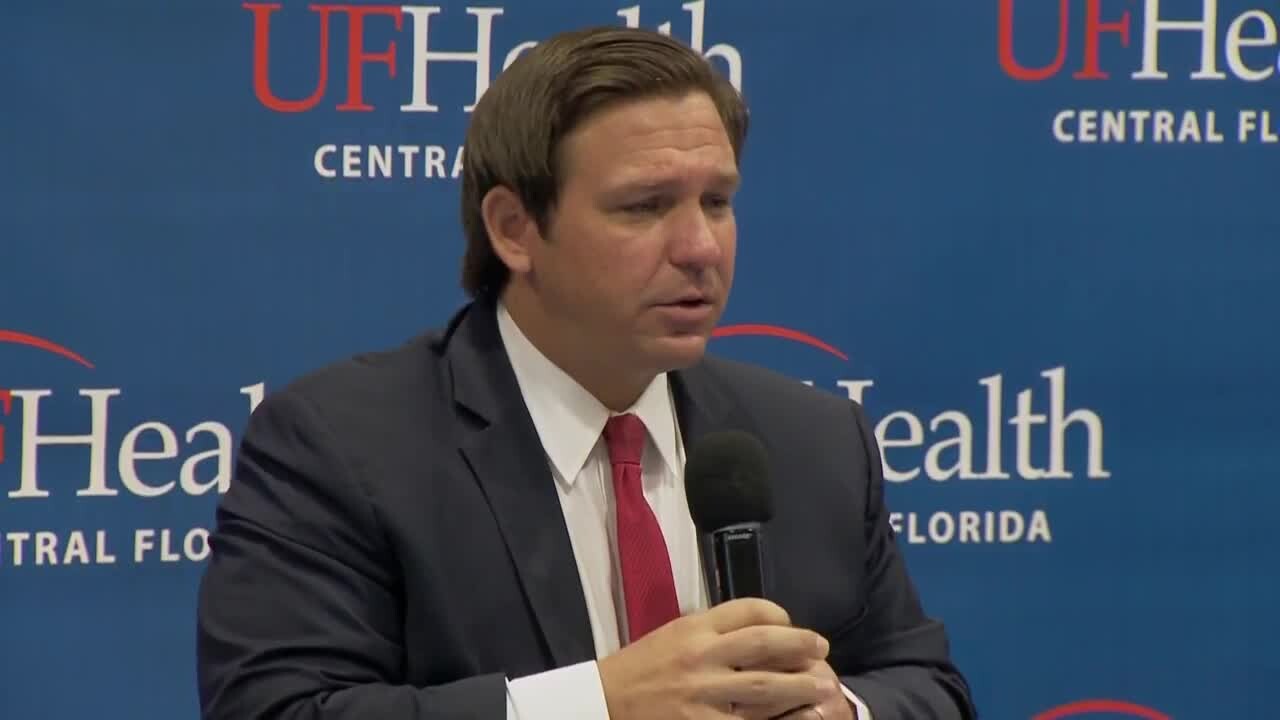 Copyright 2020 Scripps Media, Inc. All rights reserved. This material may not be published, broadcast, rewritten, or redistributed.
WFTS
Gov. Ron DeSantis provides a coronavirus update, July 6, 2020, at UF Health The Villages Hospital in The Villages, Fla.

THE VILLAGES, Fla. — Florida Gov. Ron DeSantis continued his mission on Monday to calm fears as the number of COVID-19 cases throughout the state continues to dramatically grow every day.

"As you see cases, people should just put it into context about what's going on. There's no need to really be fearful about it," DeSantis said during a news conference at UF Health The Villages Hospital.

According to the latest numbers from the Florida Department of Health on Monday, there are 206,447 confirmed cases of COVID-19 in the state, an increase of 6,336 cases from the day before.

Despite that, the governor remained firm on Monday that the spike in COVID-19 cases is due to an increase in testing.

According to DeSantis, Florida has averaged 60,000 to 65,000 test results over the last week, and to date, Florida has tested around 2.2 million people, which is about 10% of the state's population.

However, the numbers from health officials seem to tell a different story.

DeSantis and the Florida Department of Health both reported that the state's COVID-19 positivity rate dropped to under 5% between the beginning of May and the second week of June.

Since then, it's increased dramatically to just under 15% at one point.

The governor added that the goal is to get the positivity rate back down to 3% to 4%, admitting there are more COVID-19 cases than have been reported.

"I do think [the virus] is circulating at a higher rate now," DeSantis said. "For every case that's documented, there are many more infections that have actually occurred. We only diagnose a small fraction of the total number of infections."