A small, hearing-aid type device is designed to reduce the symptoms of withdrawal. Here are three stories of overcoming addiction thanks to The Bridge. 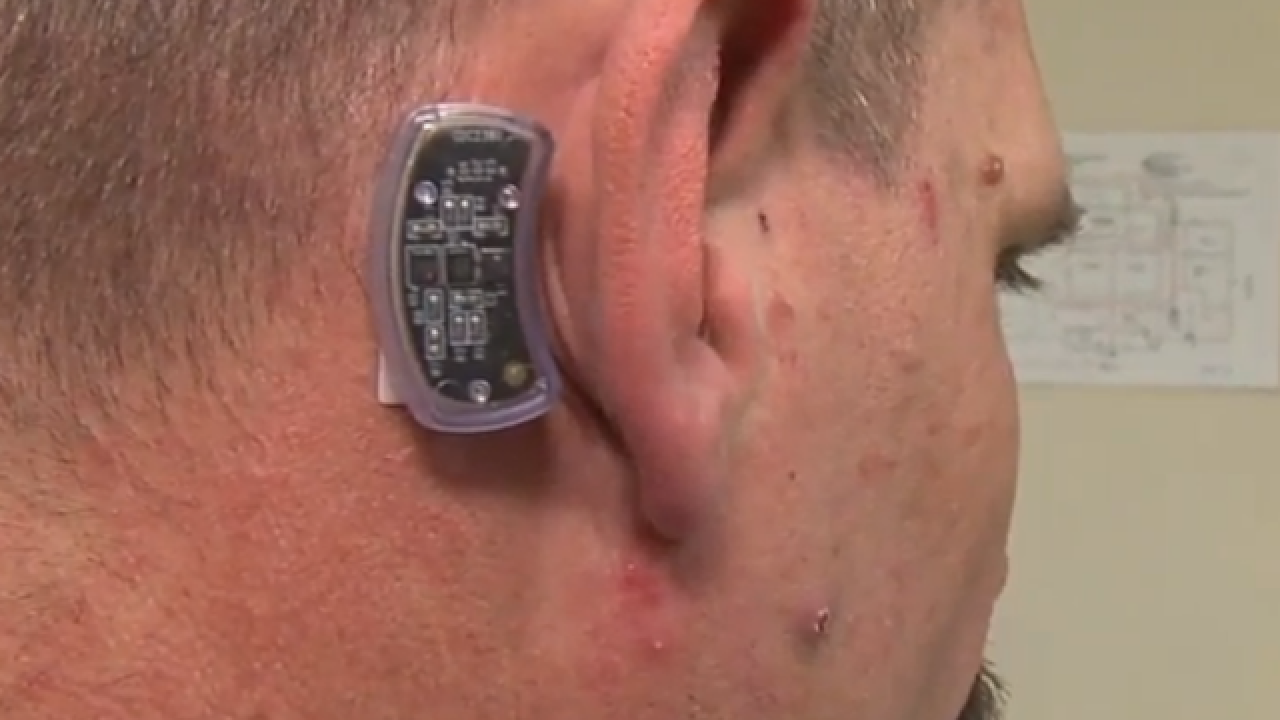 UNION COUNTY, Ind. -- A recently approved medical device is tiny, but mighty in the fight against opioid abuse.

The NSS-2 Bridge, a battery-powered device similar to a hearing aid, was created by Indiana-based Innovative Health Solutions. It helps reduce symptoms associated with opioid withdrawal, such as nausea, diarrhea, stomach pain and anxiety.

It is worn behind the ear for five days at a time, sending electrical pulses to the brain.

It’s the first FDA-approved device for use in helping to reduce the symptoms of opioid withdrawal, which is key because most addicts return to drugs to alleviate the pain from those symptoms.

Kaylin Fairchild, 26, is living proof that the device can help.

Nearly three years ago, heroin held her hostage. She overdosed while her son was in the backseat and it took four shots of Narcan to bring her back.

To make things worse, she found her mother dead of a drug overdose in 2015.

Rock bottom hit when the state took custody of her son for several months.

But a new program at the Union County Health Department stepped in with hope.

"I thought they were full of (it)," Fairchild said. "I thought it was a bunch of talk. What is this little device, how's it going to make me feel any better?"

Kaylin now has custody of her son and attends group meetings with the help of the device.

Tom Schulte, who took painkillers because of knee injuries, says The Bridge helped him get to a life where he's no longer dependent on pills.

"I couldn't hold a job," Schulte said. "I couldn't function without them."

He is now doing well and is focused on landscaping jobs.

See how The Bridge works below:

The Bridge is not sold over the counter, and must be prescribed by a doctor. The device comes with a price tag of $700, but it can be covered by health insurance.