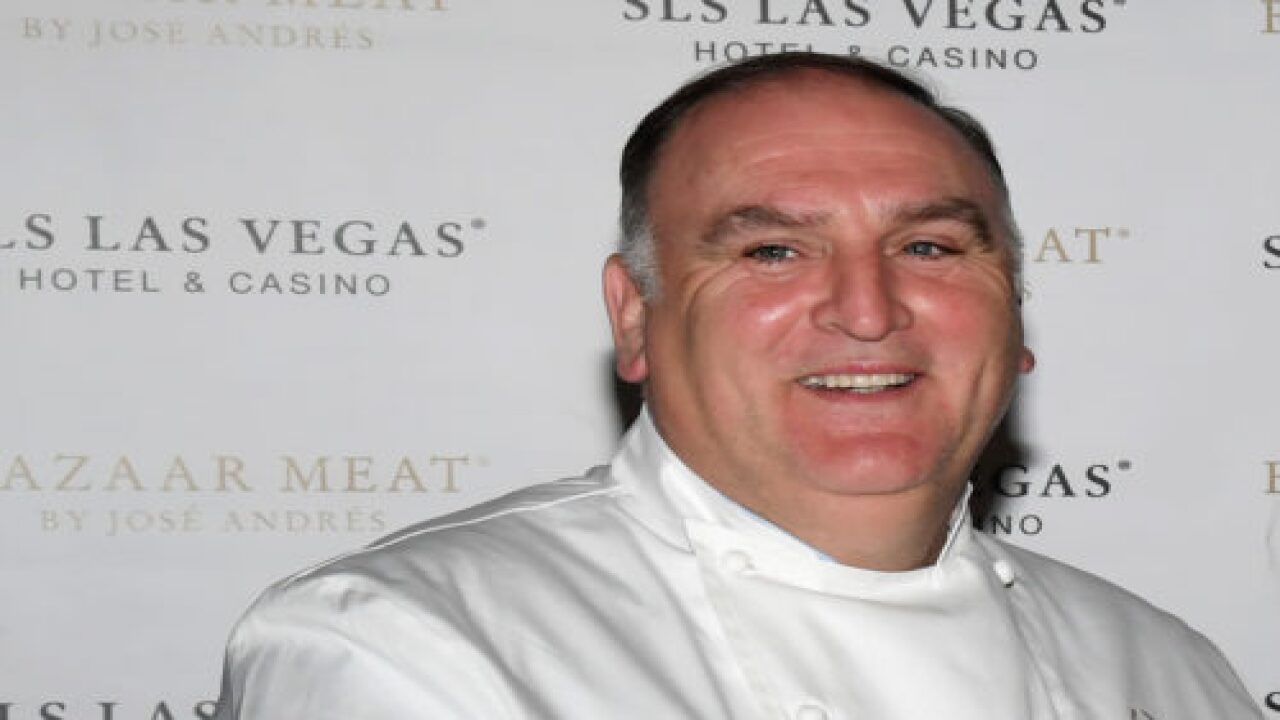 Using one of his own working kitchens as a base, Michelin-starred chef José Andrés mobilized his nonprofit World Central Kitchen this week to serve thousands of people stricken by Hurricane Dorian in the Bahamas.

According to Insider, the WCK team posted up at the Atlantis resort near Nassau, taking over the catering kitchen at Andrés’ restaurant on the property.

“One of the things we do at the beginning of a lot of the missions is to start making José’s signature ham and cheese sandwich,” WCK relief operations manager Josh Phelps told Insider. “That’s a good way to get food ready and it’s also a good way to start activating a volunteer base.”

In the tweet below, Andrés displays the sandwich-making operation at Atlantis on Monday. Hotel guests, stuck inside during the storm, joined the effort, too:

Meet some of our amazing volunteers at our kitchen in The Bahamas! @WCKitchen Relief Team is preparing food that we will bring to Abaco & Grand Bahama tomorrow! We’ve been working non-stop to coordinate planes, boats and even a helicopter… #ChefsForBahamas pic.twitter.com/MLhLW2gB5x

Next, Andrés headed to the Abaco Islands, a part of the Bahamas that sustained a direct hit from Dorian. He told CNN that he and his team helicoptered in 2,000 sandwiches and 1,000 oranges on their initial visit. He said the crew was aiming to provide 10,000 meals for folks on the devastated islands:

"I am guessing right now my number is we are going to go for 10,000 meals."@chefjoseandres has been working with his team on the ground in Abaco, Bahamas, feeding the victims of Hurricane Dorian. https://t.co/SPV2gyfYCD pic.twitter.com/gXcnB7ewFp

Andrés started World Central Kitchen in 2010 after the destructive earthquake in Haiti. Part of the group’s mission is to address hunger and poverty concerns after natural disasters throughout the world, but Andrés and WCK attracted attention and accolades during Hurricane Maria in 2017. WCK says they served more than 3.6 million meals in Puerto Rico in the aftermath of Maria.

A native of Spain, Andrés is a naturalized American citizen and the owner of more than 30 restaurants across the country. Andrés received the James Beard Foundation’s 2018 Humanitarian of the Year Award and was nominated for a 2019 Nobel Peace Prize.

As the situation in the Bahamas stabilizes, Andrés is adding kitchen crews to assist with relief back in the States. The Carolina coasts received less of a beating than the Bahamas, but the group is catering meals for first responders and folks displaced by the storm.

Though he’s staying in the Bahamas for now, Andrés tweeted out a message of support Thursday morning:

A message to the amazing people of Wilmington & North Carolina as #Dorian nears! Our @WCKitchen team is there ready to support with hot meals. Sorry I can’t be there but thinking of all of you! ðð #ChefsForCarolinas @RoyCooperNC @NewHanoverCo @CityofWilm @WilmingtonPD pic.twitter.com/78nFaBznay

If Andrés wins that Nobel Peace Prize it will be well deserved!