The 25 best gifts for kids who love Harry Potter 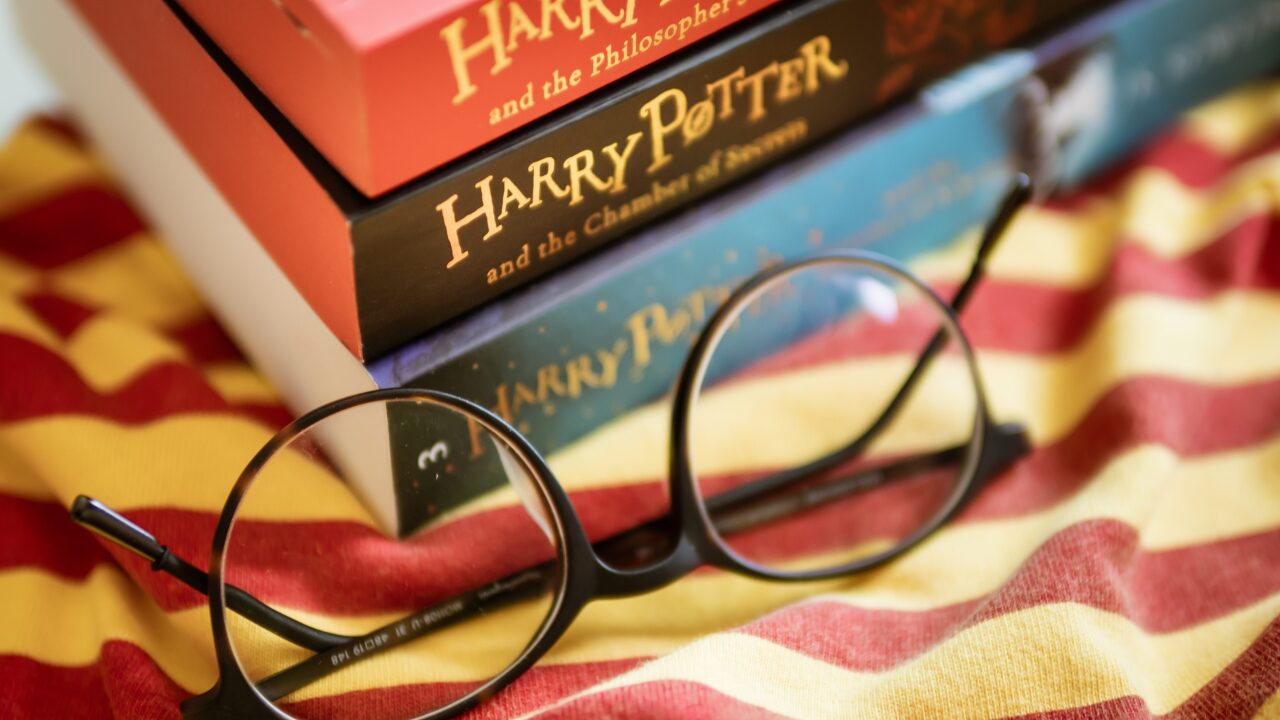 Harry Potter still holds a magical spell over millions of fans. It’s hard to believe, but it has been 12 years since J.K. Rowling released “Harry Potter and the Deathly Hallows,” the final book of the boy wizard’s epic series. And it’s been 8 years since we last saw the Boy Who Lived in a movie on the big screen.

But Pottermania is still alive and well, and as the holiday season rolls around once again, you may be looking for the perfect gift for your child who can’t get enough of the world of Hogwarts and wizardry.

We have conjured up a list of 25 magical gits that will leave your kids — or maybe even adults who are kids at heart — spellbound for the holidays.

Everyone loves Uno, the card game of matching numbers and colors. Now, you can play with Harry, Hermoine, Ron and other characters in the Harry Potter Universe. The Sorting Hat even gets a new role in this special game of Uno. The Mattel Games Uno Harry Potter Card Game sells on Amazon for $5.44, with free shipping.

You won’t have any problem getting your kids to wear their hat and scarf when you give them this for the holidays! Choose from any of the four Hogwarts’ houses — Gryffindor, Ravenclaw, Hufflepuff or Slytherin — so your little wizard or witch can represent their house proudly. The Harry Potter Hogwarts Scarf & Pom Beanie Set sells on Amazon for $31.95.

Let your children’s creativity soar with this fun coloring book. Bring color and life to all four Hogwarts house crests, dragons and even favorite scenes from the series. This Harry Potter Coloring Book sells on Amazon for $10.99.

Older children (and adults) will love this chess set that takes the iconic Wizard Chessboard from the series and puts it into their hands. Battle your wits with this magical game. The Harry Potter Wizard Chess Set sells on Amazon for $39.85.

The world’s fanaticism with Harry Potter all started with the books. Now, your Potterhead can have all seven books in one deluxe set in paperback and with its own designer case. The Harry Potter Books 1-7 Special Edition Boxed Set sells on Amazon for $50.99.

Your favorite Potter fan will “solemnly swear I am up to no good” with this warm throw blanket. It measures 48-by-60 inches and is perfect on a bed or to curl up with on the couch while watching any of the Harry Potter movies. The Harry Potter Marauder’s Map Throw Blanket sells on Amazon for $31.04.

In this twist on the classic board game Clue, students are disappearing from Hogwarts Castle. Play as Harry, Ron, Hermoine, Ginny Weasley, Luna Lovegood or Neville Longbottom to solve the mystery on a game board that moves rooms and reveals secret passages. The Harry Potter Clue Board Game sells on Amazon for $38.33.

Put the hard-to-catch golden snitch from the legendary Quidditch matches in your favorite Potter fan’s hands! This fidget spinner, though, has a rainbow of colors to enjoy as kids spin and play with the snitch. The Harry Potter Golden Snitch Fidget Spinner sells on Amazon for $11.99.

Test your Potter fan’s expertise with a fun game of Harry Potter Trivial Pursuit! The Hogwarts Library in this game holds 600 questions to test the magical knowledge of players in an abbreviated version of the classic Trivial Pursuit game. The Trivial Pursuit Harry Potter Quickplay Edition sells on Amazon for $18.18 and is Prime eligible.

What do you get when you cross a classic word game and the wizarding world of Harry Potter? Loads of fun with some magical twists. To win the game, spell out words and create crosswords with the Potter-themed tiles. The Harry Potter Lexicon-GO! Word Game sells on Amazon for $19.50 and is prime eligible.

Represent your choice of Hogwarts House’s with this hilarious game that will have players using their Harry Potter knowledge to earn chocolate frog tokens and guess which card they are wearing on their head. The Hedbanz Harry Potter Party Game sells on Amazon for $19.99.

Build and re-create a favorite scene from “Harry Potter and the Prisoner of Azkaban” with this Lego set that includes Hagrid’s hut and pumpkin patch, plus Buckbeak, Hagrid, Harry, Ron, Hermoine, Minister of Magic and the Executioner figurines. The Lego Harry Potter Hagrid’s Hut: Buckbeak’s Rescue set sells on Amazon for $48.

Potterheads can capture their magical thoughts and dreams with this marauder’s map-inspired journal. The 192-page faux-leather journal has plenty of room to draw, write or create whatever kids imagine. This set also includes a ballpoint pen designed as a replica of Harry’s wand. The Harry Potter Marauder’s Map Journal and Wand Pen sells on Amazon for $17.99.

This charm necklace gives fans a chance to show off their fandom in a lovely way. The necklace is adorned with glass stones and comes with eight charms you can interchange, including the Deathly Hallows symbol and a crystal, the golden snitch, the deer Patronus, a lightning bolt, Harry’s Hogwarts letter, a Platform 9 3/4 sign and the iconic “Always” quote. This Harry Potter Charm Necklace sells on Amazon for $18.80.

Harry’s beloved and trusted animal companion Hedwig the owl can be close by and keep your feet warm with this adorable pair of slippers. These slippers come in sizes small through large (up to women’s sizes 10-12 and men’s sizes 9-11). The Harry Potter Hedwig Padded Slippers sell on Amazon for $14.99 to $19.99.

Made by Disney, this Harry Potter tee for girls features a cute animated design of the terrific trio of Harry, Ron and Hermoine. It comes pre-shrunk, has side-ties and ruching and is available in youth sizes extra small to large. The Harry Potter Youth Girls T-Shirt sells on Amazon for $11.82 to $19.88.

This deluxe box set comes with a 365-day calendar featuring images from all of the films for each day of the year. Every day also has Harry Potter facts, trivia and stickers. The Harry Potter 2020 Calendar Box Set Edition sells on Amazon for $15.95.

Fans of the boy wizard and his friends can deck out their computers, skateboards, bike helmets or anything they’d like with this collection of 50 waterproof stickers. These stickers combine cartoon images and movie images into one collection. These Harry Potter Waterproof Stickers sell on Amazon for $8.88.

Even the candy in Harry Potter’s world is strange and magical, but we muggles can enjoy it, too. This collection of confections includes Gummy Candy Slugs, Bertie Botts Every Flavour Jelly Beans and a Chocolate Crispy Frog. The Harry Potter Candy Collection sells on Amazon for $9.74.

This is something for the ultimate Harry Potter fan who doesn’t mind spending a little time building an incredible project. The Lego Harry Potter Hogwarts Castle is the ultimate building set (6,020 pieces) and is an amazing replica of the School of Witchcraft and Wizardry. It also comes with a collection of Lego characters including Harry and his friends, the founders of Hogwarts (Godric Gryffindor, Helga Hufflepuff, Salazar Slytherin and Rowena Ravenclaw) and many others. The Lego Harry Potter Hogwarts Castle is on Amazon for $399.95 and is Prime eligible.