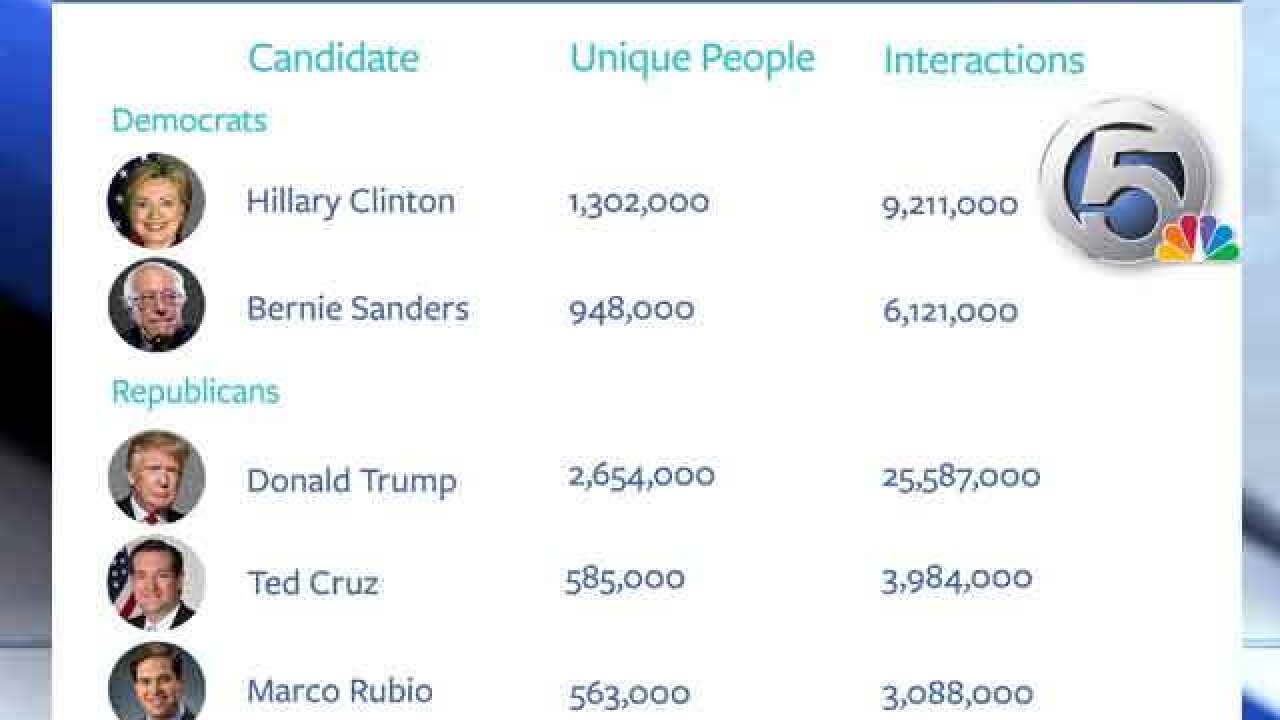 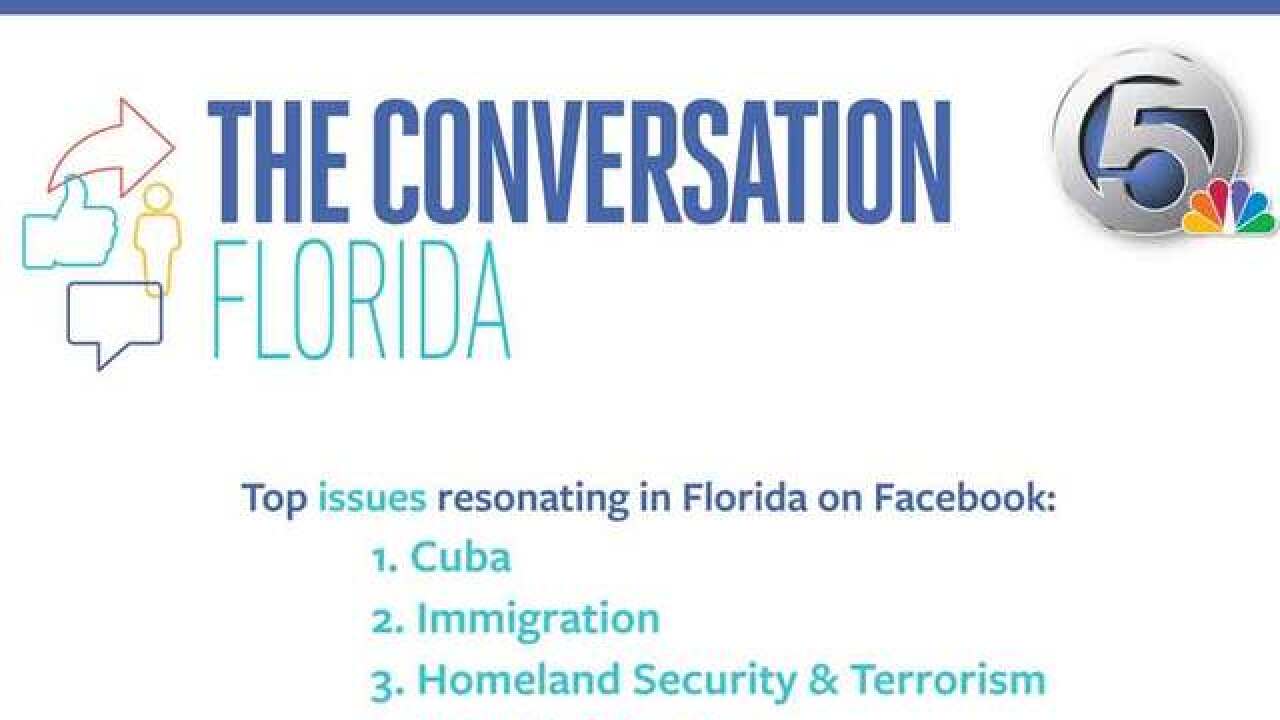 While the candidates are pounding the pavement trying to gain votes, it is becoming as important that they make their mark on social media.

WPTV has teamed up exclusively with Facebook to find out what users in Florida are saying about Tuesday’s primary.

From Feb. 12 to March 13, Facebook collected data to shed some light on who and what their users are talking about.

When it comes to the candidates, Donald Trump received the most likes, posts, comments and shares than any other candidate. (Over 2.6 million people on Facebook in Florida liked, posted about, commented on or shared content related to Donald Trump over 25 million times.)

Note: This data is reflective of the political conversation, but is not intended to be predictive of the outcome.