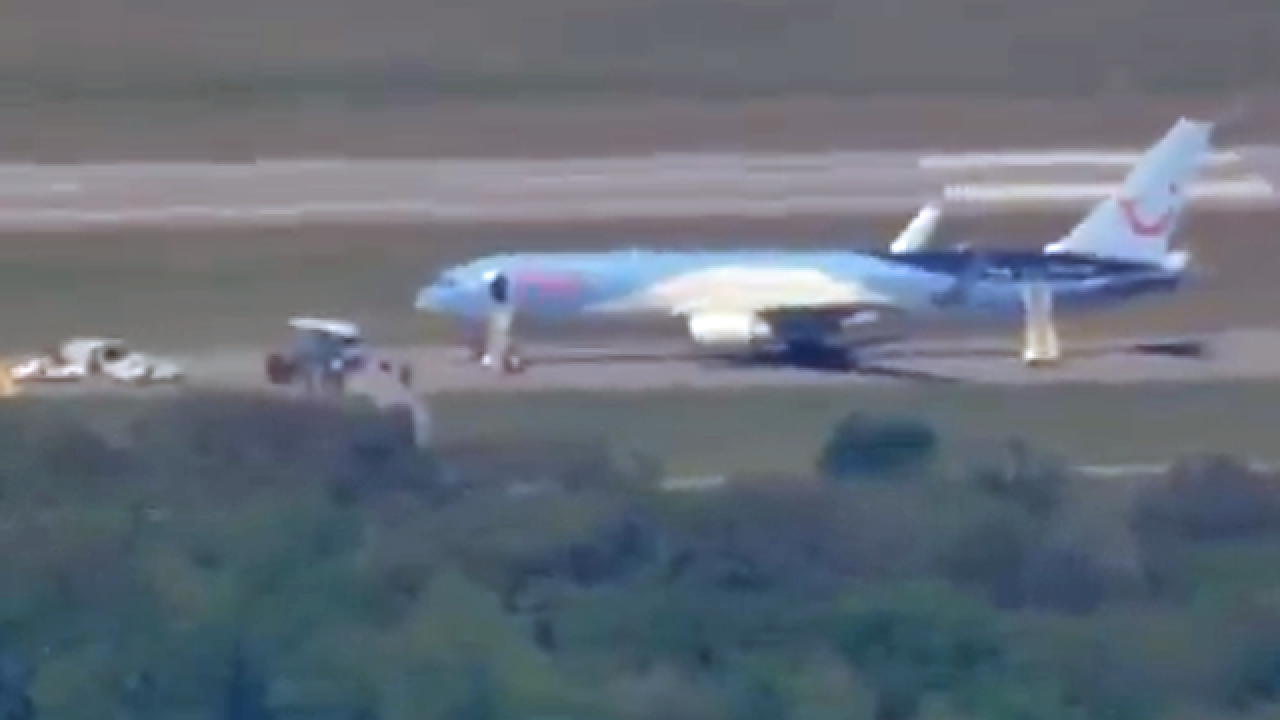 A flight from Belgium, Jetairfly, arrived at the Orlando-Sanford International Airport Tuesday afternoon. But officials did not allow the crew to pull up to a gate.

The pilot was asked to park in a remote area as a precaution.

Passengers were bused to the terminal and their luggage was inspected individually. They said they had no idea what had happened in Brussels until they landed.

After a stop in Miami, the flight will return to a different airport along the Belgian coast, WESH.com reports.

Airport officials in Sanford said the flight was the only one from Brussels to make it to the U.S. Tuesday, according to WFTV.com.

Law enforcement did not immediately say what security concerns they had about the plane, WFTV reported.

Mom gets reunited with her son after flight from Belgium - found out about explosions upon landing pic.twitter.com/6VHYE4HgWY

Emotional day for FL families that thought their loved ones could have been in the Brussels airport attack. @WPTV pic.twitter.com/a8gO96YUq9

Passengers on Brussels flight to Sanford starting to walk out of airport, telling us they had no idea what happened until they landed. @WPTV

Mom texting with son on plane to Orlando who says he missed explosion by 8 minutes. pic.twitter.com/OguUw9N0Zc