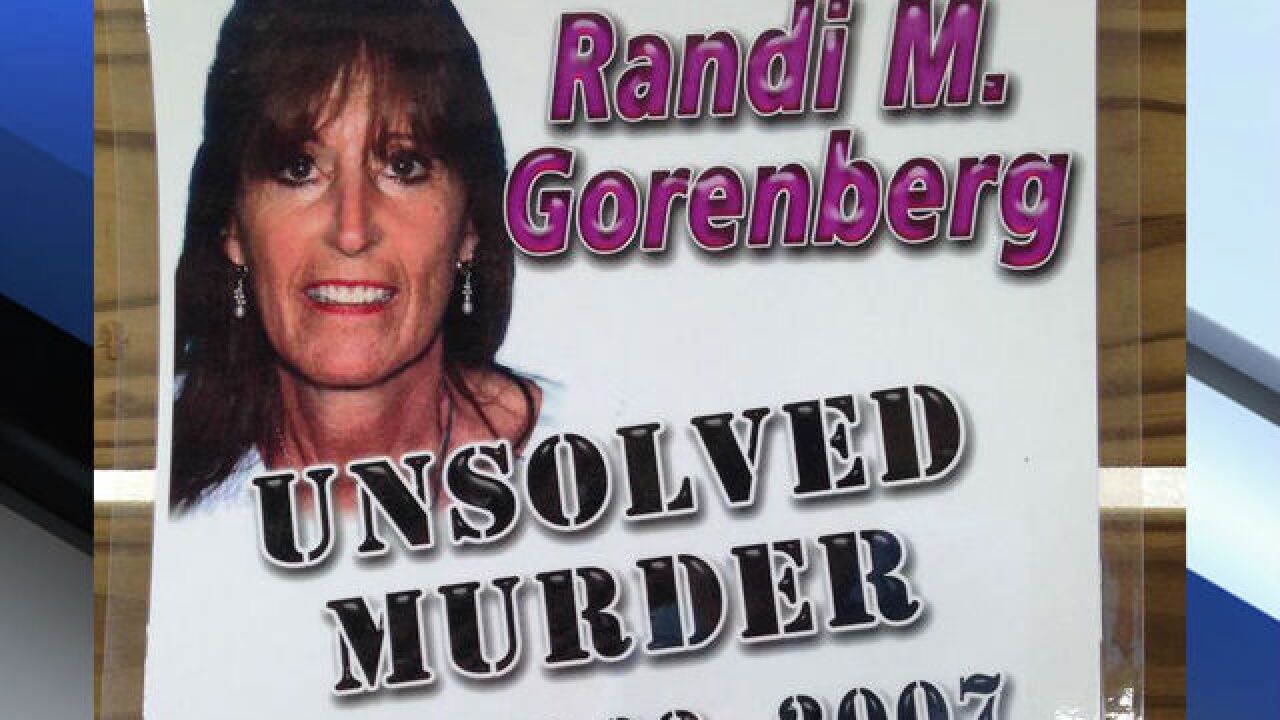 Nine years after a Palm Beach mother was found shot and killed in Delray Beach, investigators are hopeful the public will help them solve the case.

A short time later, a witness reported hearing gunshots near the South County Civic Center Beach and saw her body being pushed from the passenger side of a sport-utility vehicle.

The abandoned SUV, identified as Gorenberg's vehicle, was later found in a parking lot.

At a news conference Wednesday morning, detectives say they know someone knows something after all these years.

“We had physical evidence we believe that if we can find the right person, we can establish probable cause to make an arrest,” said Palm Beach County Sheriff’s Office Detective William Springer.

The Palm Beach County Sheriff’s Office is offering a reward of up to $15,000 for information in this case.

If you can help in the investigation, call Palm Beach County Crime Stoppers at 1-800-458-TIPS.

LIVE on #Periscope: It’s Been 9 Years But We Are Still Seeking Justice for the Homicide of Randi Gorenberg https://t.co/Gm4uvWwoaA