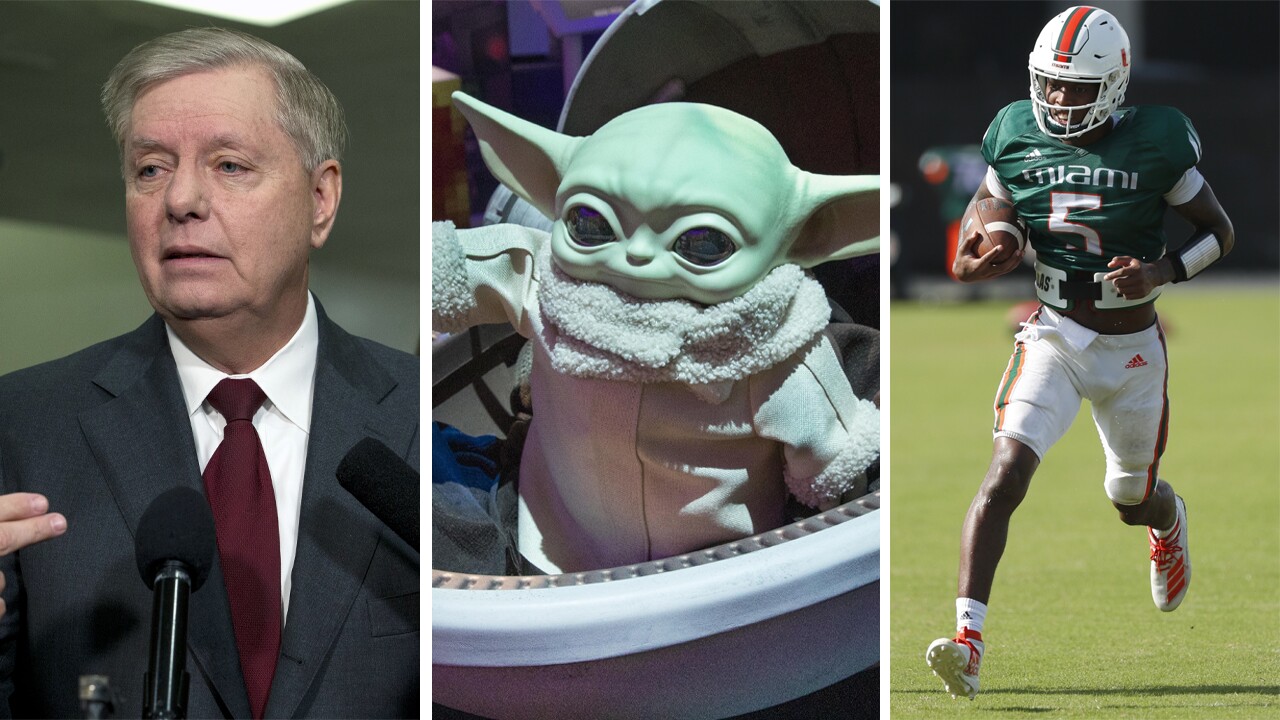 1. Florida hits COVID-19 record ahead of Thanksgiving
Florida hit a record number of new daily COVID-19 cases over the weekend with more than 10,000 new cases recorded in just one day.

Palm Beach County also experienced a huge spike, just a week and a half before Thanksgiving. According to the latest numbers from the Florida Department of Health, there are 58,396 confirmed cases of COVID-19 and 1,622 coronavirus-related deaths in Palm Beach County.

2. Does someone at Thanksgiving dinner have COVID? Map calculates risk
President-elect Joe Biden says he and his wife are planning to follow the advice of medical officials who recommend no more than 10 people at a gathering, masked and socially distanced.

Will one of your guests bring an invisible plus one to Thanksgiving? An interactive map breaks it down by county and guest count.

You can find the map here.

3. Coronavirus catches up to 'Canes
Miami will have the next two weekends off after "the positive tests and subsequent quarantining of student-athletes within the Miami football program," the Atlantic Coast Conference announced Monday.

Miami, which was scheduled to host Georgia Tech this Saturday, will instead face the Yellow Jackets on Dec. 19, unless the Hurricanes are in the ACC title game. They are currently tied for second with Clemson, which owns the tiebreaker by virtue of the Tigers' 42-17 win earlier this season.

4. Election 2020 Latest: Georgia official says Graham asked him about tossing ballots
Georgia Secretary of State Brad Raffensperger said Monday that U.S. Sen. Lindsey Graham asked him whether he had the power to reject certain absentee ballots, a question he interpreted as a suggestion to toss out legally cast votes.

Nearly 5 million votes were cast in the presidential election in Georgia, and Biden was leading Trump by about 14,000 votes. Election officials said Monday that the hand tally had turned up more than 2,500 votes in one county that weren’t previously counted but that that won’t alter the overall outcome of the race.

The unofficial breakdown of the votes those votes was 1,643 for Trump, 865 for Biden and 16 for Libertarian Jo Jorgensen, according to Gabriel Sterling, a top elections official.

5. One small step for man, one adorable float for Baby Yoda
One day after launching from the Kennedy Space Center in Florida, the four-person “Resilience” crew successfully docked with the International Space Station on Monday evening.

The three US-based astronauts, a Japanese astronaut and a Baby Yoda doll are part of a mission that includes a number of aeronautical firsts.

Check out the moment they arrived in the video below.

On This Day In History
On November 17. 1973, in the midst of the Watergate scandal that eventually ended his presidency, President Richard Nixon tells a group of newspaper editors gathered at Walt Disney World in Orlando, Florida, that he is “not a crook.”