Coronavirus catches up to Hurricanes, forces rescheduling of 3 games 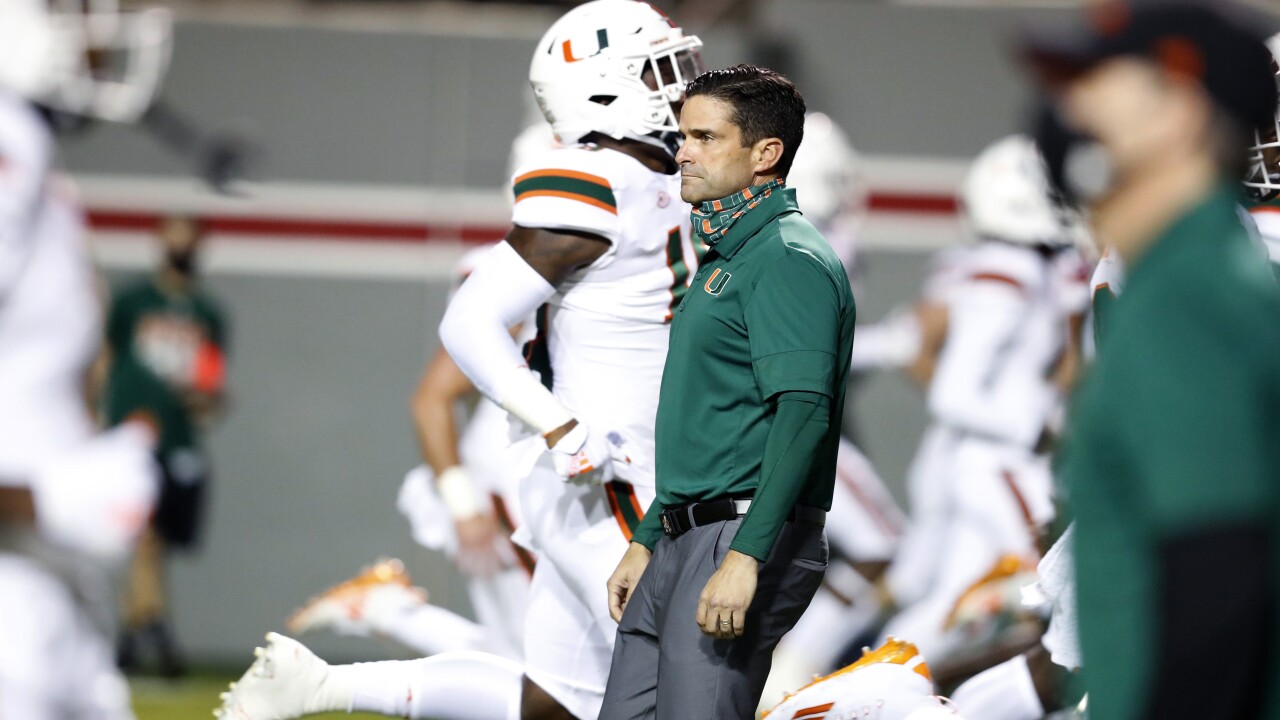 (Copyright 2020 The Associated Press. All rights reserved. This material may not be published, broadcast, rewritten or redistributed.)
Ethan Hyman/AP
Miami coach Manny Diaz watches his players warm up for a game against North Carolina State on Friday, Nov. 6, 2020, in Raleigh, N.C.

CORAL GABLES, Fla. — The coronavirus has finally caught up to the Miami Hurricanes.

Miami will have the next two weekends off after "the positive tests and subsequent quarantining of student-athletes within the Miami football program," the Atlantic Coast Conference announced Monday.

"We are disappointed that we will not be able to play the next two weeks as scheduled, but this decision was made in the best interests of the health and safety of all teams," Miami athletic director Blake James said. "The health and safety of our student-athletes is always our top priority and we will continue to follow the conference's protocols in order to safely and responsibly return to play."

Miami, which was scheduled to host Georgia Tech this Saturday, will instead face the Yellow Jackets on Dec. 19, unless the Hurricanes are in the ACC title game. They are currently tied for second with Clemson, which owns the tiebreaker by virtue of the Tigers' 42-17 win earlier this season.

The Hurricanes will return to action Dec. 5 at Wake Forest, which had been scheduled for Nov. 28.

As such, Miami's home game against North Carolina moves from Dec. 5 to Dec. 12.

The shuffling of the schedule also impacts two other ACC schools -- Boston College and Louisville.