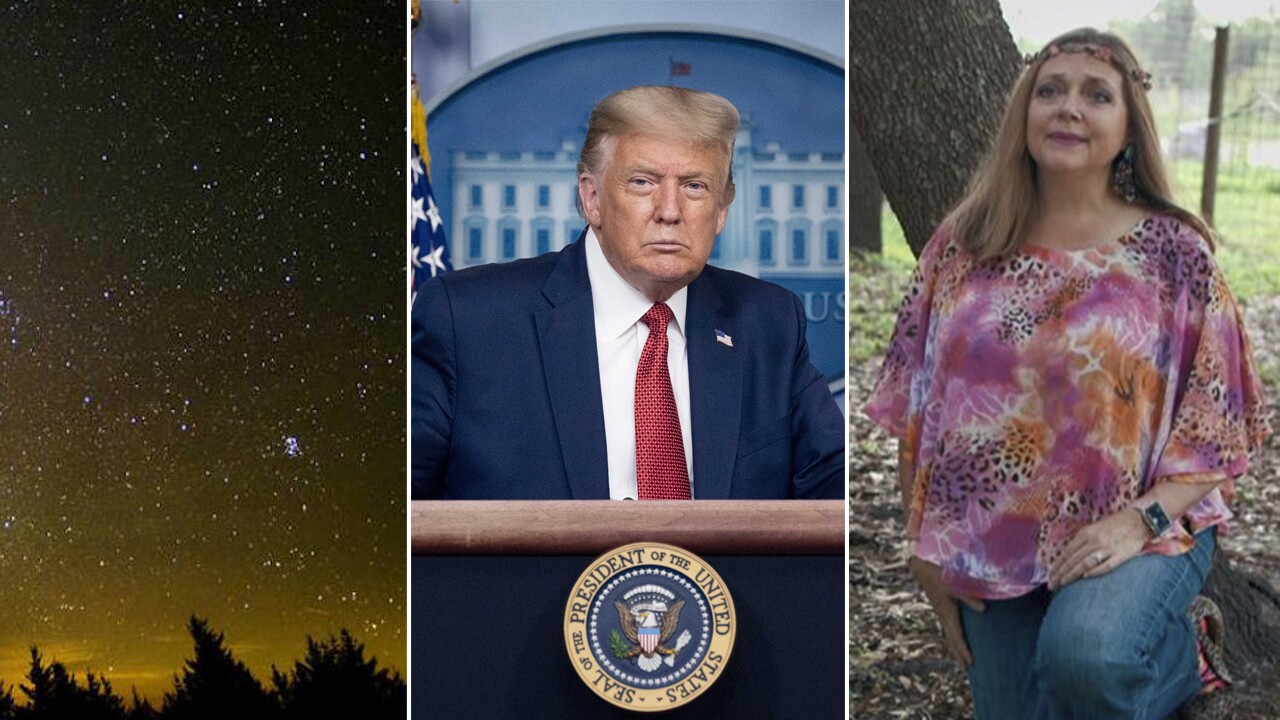 
Remember, you can join Mike Trim and Ashleigh Walters every weekday on WPTV NewsChannel 5 beginning at 4:30 a.m.

Based on current models runs, it appears this disturbance will have more of a northwesterly track the rest of the week, taking it north of the Leeward Islands and Puerto Rico by the weekend.

Also over the weekend, it appears conditions will become a lot less conducive for development, and this disturbance will fall apart as it turns more northerly, well-east of the Bahamas.

It's considered the Northern Hemisphere's most popular meteor shower of the year.

This year, it's been active since July, but it's set to peak this Tuesday night into Wednesday morning.

3. Shooting outside of White House caused President Trump to be removed from news conference

President Donald Trump was removed from his evening coronavirus news conference on Monday after a shooting took place outside of the White House complex, Trump confirmed to reporters.

Minutes into his briefing, Trump was told to leave his briefing by a Secret Service agent. Trump said he was not taken to the bunker, and just stepped outside of the briefing room.

Trump said that a suspect was shot by law enforcement outside of the White House. Trump complimented authorities for handling the incident.

4. What happened to Carole Baskin's husband?
A $100k reward is being offered for information on the 1997 disappearance of Don Lewis, the Tampa man whose case was featured in Netflix's "Tiger King."

In the documentary, Joe Exotic, who went to prison for trying to have Carole Baskin killed, accused her of killing her first husband.

Since the show's release, Baskin and her current husband Howard, said producers duped them into thinking the series would be about stopping the abuse of big cats.

On Saturday, the Mid-American Conference became the first NCAA Football Bowl Subdivision league to postpone the 2020 season. The two conferences are among 10 that comprise the FBS.

Meanwhile, leaders from what is known as the Power 5, which are the Big 12, Big 10, Pac-12, SEC and ACC, have been discussing the upcoming season.

On This Day In History
A group of federal prisoners classified as “most dangerous” arrives at Alcatraz Island, a 22-acre rocky outcrop situated 1.5 miles offshore in San Francisco Bay, on August 11, 1934. The convicts—the first civilian prisoners to be housed in the new high-security penitentiary—joined a few dozen military prisoners left over from the island’s days as a U.S. military prison.