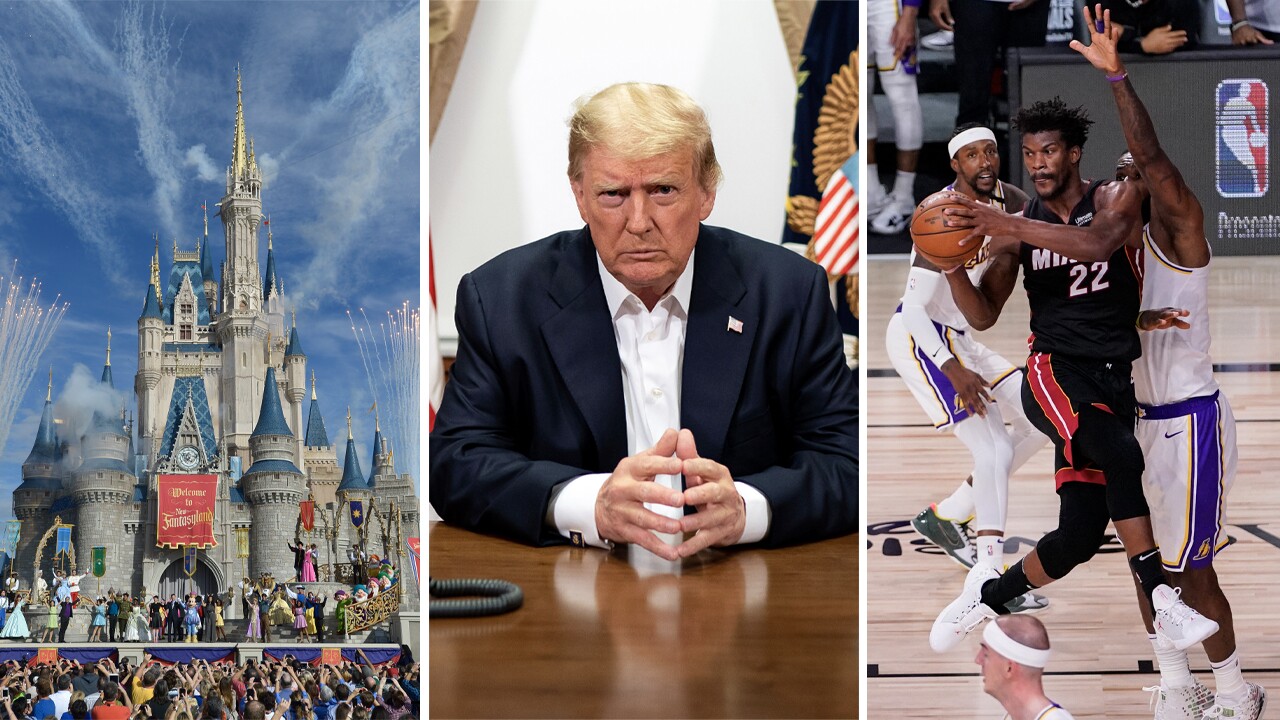 1. What's the latest on President Trump's coronavirus diagnosis?
Dr. Sean Conley said Sunday that Trump is doing well enough that he might be sent back to the White House on Monday -- even as he announced the president was given a steroid drug that’s only recommended for the very sick.

Conley also said Trump's blood oxygen level dropped suddenly twice in recent days, but he "has continued to improve" since then.

Trump's doctors, speaking on the steps of the military hospital where he was being treated for a third consecutive day, refused to disclose the specific timing of the president's dip in oxygen or whether lung scans showed any damage.

2. What does the president have to say about it?
"It’s been a very interesting journey. I learned a lot about COVID. I learned it by really going to school. This is the real school. This isn't the 'let's read the books' school," Trump said in a video posted to Twitter. "And I get it, and I understand it, and it's a very interesting thing, and I’m going to be letting you know about it."

His comments came Sunday evening just before he briefly left the hospital to salute cheering supporters from his motorcade.

The president was driven by Secret Service agents in protective gear who were potentially exposed to the disease that has swept through the White House in recent days.

3. Who else has tested positive and who hasn't?
At least 10 people in President Donald Trump's family, the US government and circle of advisers and recent contacts have recently tested positive for Covid-19.

4. The Heat will stay at Disney World for at least a bit longer
Jimmy Butler is not ready to go home.

A triple-double later, he joined NBA Finals lore -- and the short-handed Miami Heat might have made this title matchup a series after all.

Butler finished with 40 points, 11 rebounds and 13 assists, and the Heat beat the Los Angeles Lakers 115-104 on Sunday night to get within 2-1 -- doing so with starters Bam Adebayo and Goran Dragic still unable to play because of injury.

5. It's not all magical at Disney World, layoffs coming
At least a quarter of the 28,000 layoffs planned for Disney's parks division will come from Florida, according to a letter the company filed with state and local officials last week.

The letter said that at least 6,390 nonunion Disney employees in Florida will be laid off starting in early December.

The number of Florida layoffs, though, could grow as the company negotiates terms with a coalition of unions that represents 43,000 employees at Walt Disney World.

On This Day In History
On October 5, 1947, President Harry Truman (1884-1972) makes the first-ever televised presidential address from the White House, asking Americans to cut back on their use of grain in order to help starving Europeans.