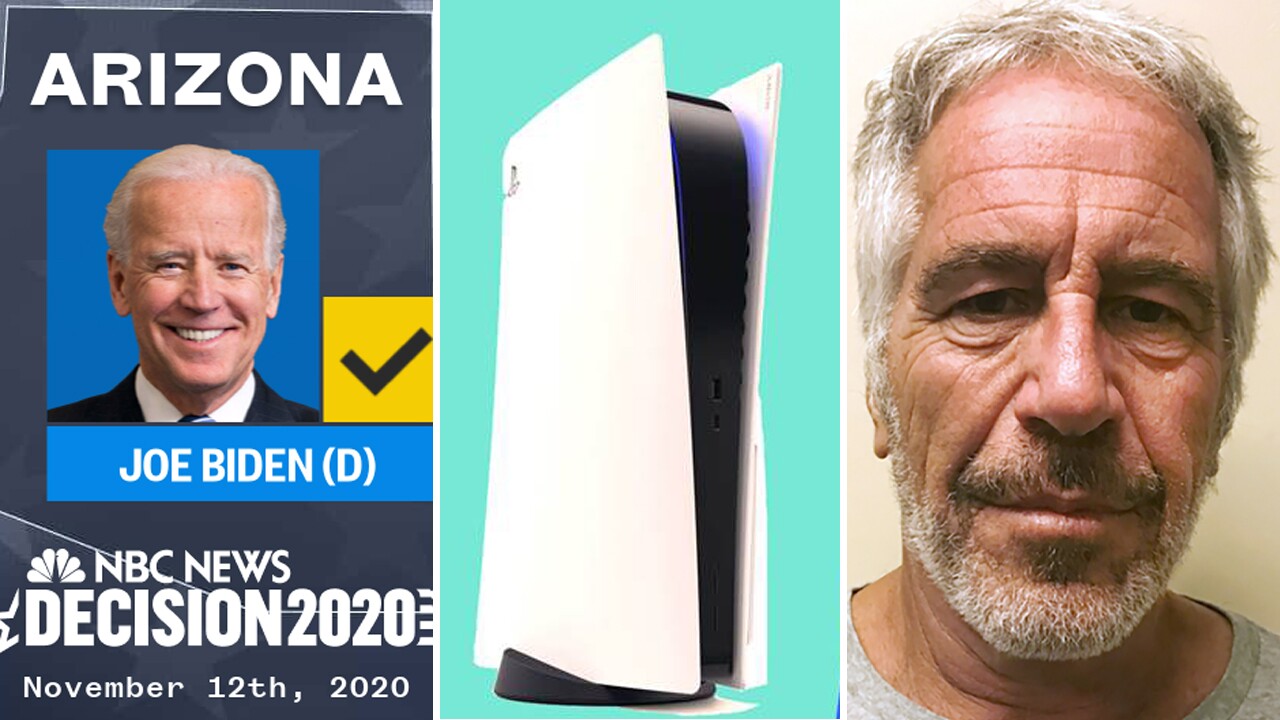 With COVID-19 cases, hospitalizations and the positivity rate trending upwards again, doctors said Palm Beach County should start thinking about scaling things back, like others states up north.

Is it time to scale back in Florida, Palm Beach County?

2. What's the national plan? Biden adviser suggests 4-6 week lockdown
An adviser to President-elect Joe Biden on the coronavirus is floating the idea of shutting down businesses for four-to-six weeks, and paying people for lost wages.

He said a four-to-six week lockdown could get Americans “cruising into the availability of the vaccine in the first or second quarter of next year, and open the economy before that.”

He said it would have to be a true lockdown, similar to what New Zealand, Australia, Asia and other countries have done, to drive down the number of infections and hospitalizations.

One of Biden's new coronavirus task force doctors floating the idea of a 4-6 week lockdown:

“We could pay for a package right now to cover all of the lost wages for individual workers ... if we did that, then we could lockdown for 4 to 6 weeks."pic.twitter.com/zNmuQvPpIJ

3. The latest on the election:
A Pennsylvania judge has sided with President Donald Trump’s campaign and ordered counties not to count a small number of mail-in or absentee ballots for which the voter didn’t submit valid identification within six days after the Nov. 3 election.

While the Trump campaign’s general counsel, Matt Morgan, called the order a “win,” the ballots affected may not have been tabulated and are unlikely to affect the outcome in Pennsylvania.

A joint statement released by by leaders of the Department of Homeland Security’s Cybersecurity and Infrastructure Security Agency, the U.S. Election Assistance Commission, the National Association of State Election Directors and more described last week’s presidential election as the “most secure in American history” despite calls from Trump’s campaign that the election was “stolen.”

Homeland Security agency: 2020 election was the ‘most secure in American history’

The non-prosecution agreement, or NPA, allowed Epstein to plead guilty to state charges in Palm Beach County of soliciting and procuring a minor for prostitution. Epstein's victims were not told of the plea deal prior to bringing it before a judge.

5. Looking for a PlayStation 5? You'll have an easier time finding a needle in a haystack
Sony’s PlayStation 5 was released to the public on Thursday, but good luck finding one… at least at retail value.

A number of Twitter users expressed frustration with the purchase process as a number of stores sold out of their stock. Stores liked Walmart said they’ll continue to update their quantities.

On This Day In History
On November 1953, in an example of the lengths to which the “Red Scare” in America is going, Mrs. Thomas J. White of the Indiana Textbook Commission calls for the removal of references to the book Robin Hood from textbooks used by the state’s schools. Mrs. Young claimed that there was “a communist directive in education now to stress the story of Robin Hood because he robbed the rich and gave it to the poor. That’s the communist line. It’s just a smearing of law and order and anything that disrupts law and order is their meat.”