Yes, the US women's soccer team is dominant. That's because most of the world is playing catch-up 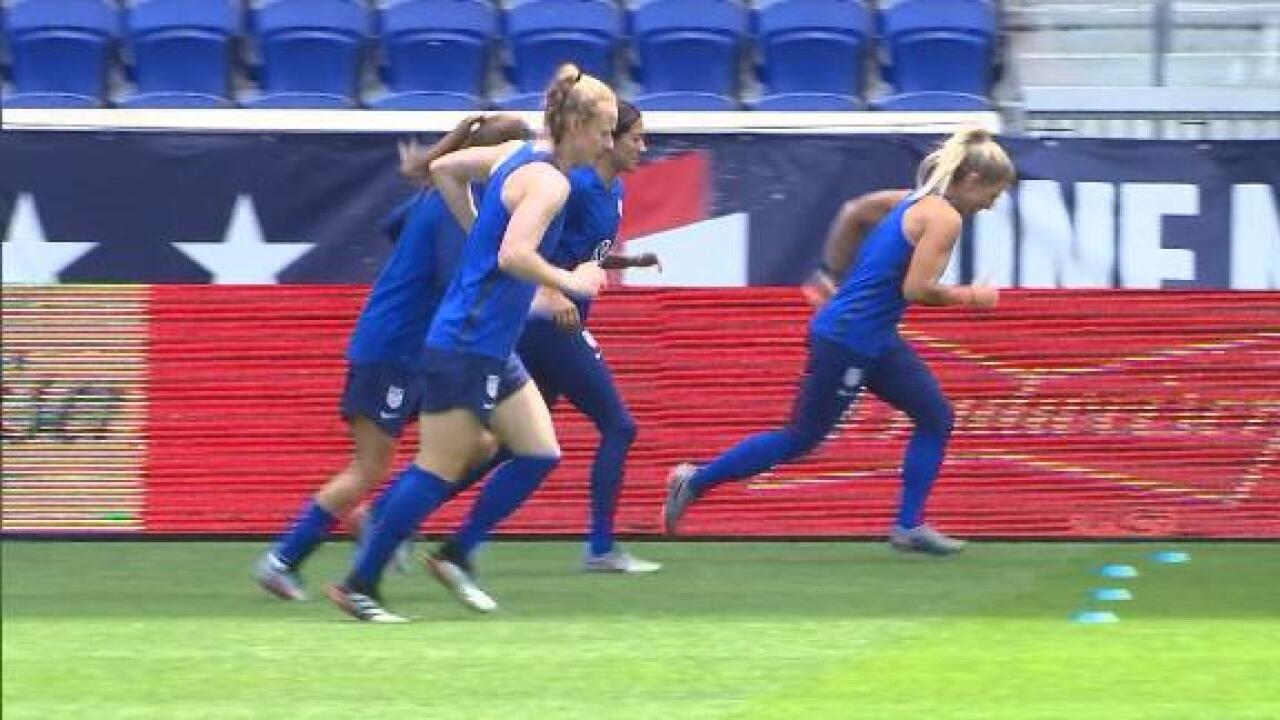 You're forgiven if you thought that was an American football scoreline.

But no - that is really how badly the defending World Cup champion US Women's National Team thrashed Thailand in their opening match of the 2019 FIFA Women's World Cup.

While some took issue with the team's celebrations as their lead reached double digits, it was just the latest ruthless display from the US women on soccer's biggest stage -- one they have ruled for most of the past 30 years.

Since 1991, there have been seven Women's World Cups. The US has won three of them, and are the favorites to win their fourth this year in France.

They have never finished worse than third at the World Cup.

Meanwhile, the US men are currently 30th in FIFA's world rankings, while the women are the No. 2 team in the world, and have never been worse than second in the history of the FIFA women's rankings.

And the US Men's National Team failed to even qualify for the last World Cup, despite making more money than the women.

So how did the US women become a soccer powerhouse, while the men still seem a long way from realistically competing for a World Cup title?

The answer is complicated, and in some ways, the growth of women's soccer is a microcosm of the fight for gender equality.

The success of US women's soccer can't solely be attributed to Title IX.

But there's little question that the law sparked huge growth in women's athletics, at a time when many countries were either not investing in women's sports, or, in some places, were actively quashing them.

The law prohibited any educational institution receiving federal funds from discriminating on the basis of sex, which includes athletics.

In 1971, the year before Title IX became law, there were only 700 girls participating in high school soccer programs, according to the National Federation of State High School Associations.

"You have to imagine a time when there were just essentially no team sports for girls," said Karen Blumenthal, author of the book "Let Me Play: The Story of Title IX: The Law That Changed the Future of Girls in America.""From my perspective as someone who was a teenager in the '70s ... this was just a huge change in the world."

Though the law was signed in 1972, it still took years for many schools and universities to fully comply, Blumenthal says. But as more did, this spurred athletics participation among women and girls, as more and more high schools and colleges added soccer programs.

For women's soccer in particular, this triggered explosive growth.

By 1991 - the year of the first Women's World Cup - there were more than 120,000 women playing high school soccer. That's more than a 17,000 percent increase in the number of players in the approximately 20 years after Title IX.

The Americans' victory at the 1999 Women's World Cup was also pivotal for the women's game in the US, Blumenthal says, and catapulted several "99ers" like Mia Hamm, Brandi Chastain and others to mainstream superstardom.

The growth of women's soccer in the US has only continued in the years since. At last count, there are now more than 390,000 women playing at the high school level, making it the fourth most popular sport, ahead of softball, and narrowly behind volleyball, basketball and track and field.

It was and still is this huge base of youth soccer players -- and investment in developing players -- that has helped feed talent to the US Women's National Team.

While many European countries have since invested in women's soccer as the game has grown internationally, other traditional soccer powers have not.

Brazil, winner of five World Cups on the men's side and producer of some of the world's best male and female players, banned women outright from playing soccer from 1941 to 1979.

Despite the headwinds, Brazil's women's team is now among the world's best, but some claim that sexism has hampered the growth of the women's game.

Argentina is also a perennial soccer power on the men's side, but 2019 will mark the first time Argentina's women have qualified for a World Cup since 2007. And the team has fought for equal treatment for years, with players even going on strike in 2017.

Will the US run of dominance continue? And can the men catch up?

If the US women do claim their fourth World Cup, American fans should enjoy it while they can.

There are signs that the rest of the world might be catching up.

At the international level, the stiffest competition lately for the American women is coming from a handful of European squads -- Germany, Norway, Sweden and World Cup hosts, France.

In Europe, the number of female soccer players continues to grow.

FIFA's 2014 Women's Football Survey showed that the number of registered players in Europe is narrowly behind the combined number in the US and Canada, while the entire rest of the world -- Asia, Africa, Oceania, plus South and Central America -- accounts for just 9 percent of registered players.

And, according to the data analytics site FiveThirtyEight, Europe's soccer federations more than doubled their spending on the women's game between 2012 and 2017, a sign of serious investment.

We'll find out soon if one of these teams can stop the US quest to repeat as World Cup champs.

But even at the top, inequality exists for female soccer players.

And as they defend their World Cup title, many members of the US squad are suing US Soccer, alleging gender discrimination because the men's players are paid more.

Why haven't they achieved the success of the women?

There's no simple answer, but many point to the fact that the US have failed to consistently develop the amount of top talent needed to compete with the world's best.

The men could have their next shot at the World Cup in Qatar in 2022. But first, they'll have to qualify for the tournament.