Winless teams could compete in bowl games this season 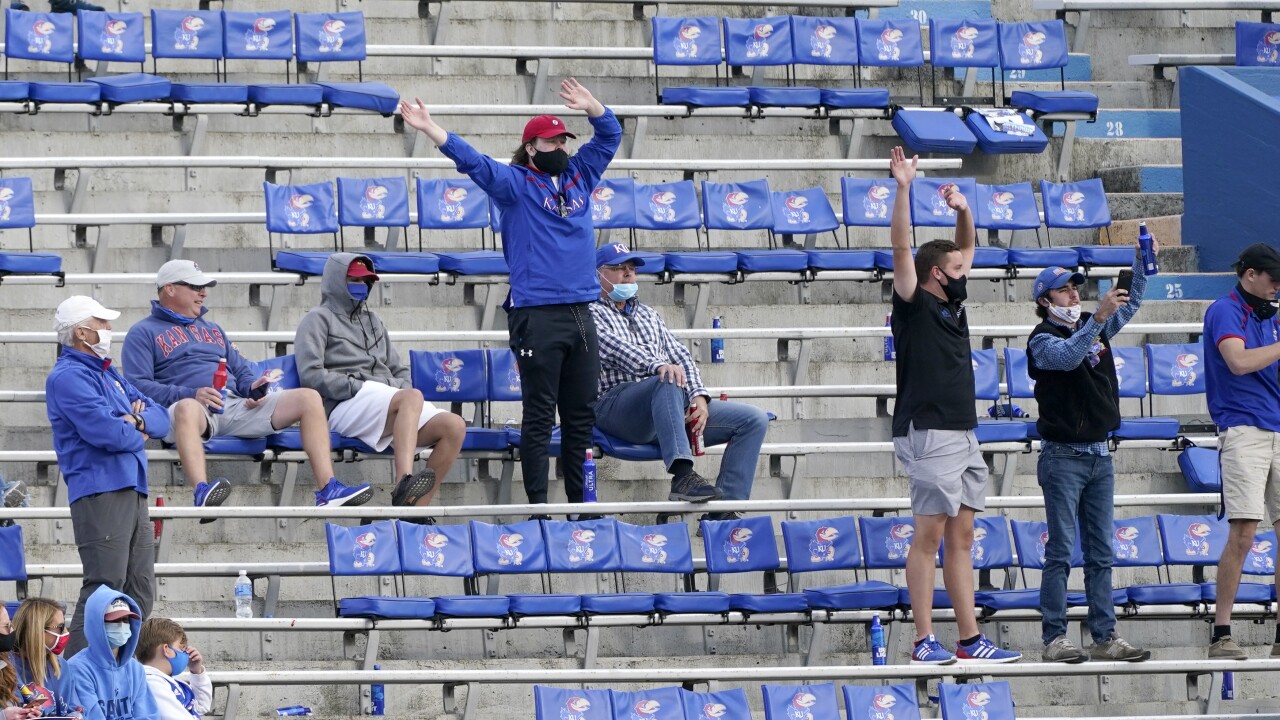 (Copyright 2020 The Associated Press. All rights reserved. This material may not be published, broadcast, rewritten or redistributed.)
Orlin Wagner/AP
Kansas fans celebrate a touchdown during the second half of a game against Oklahoma State, Saturday, Oct. 3, 2020, in Lawrence, Kan.

DELRAY BEACH, Fla. — It wasn't long ago that Florida State had the nation's longest consecutive streak of bowl appearances.

Florida State snapped its streak of 36 consecutive bowl games -- an NCAA record -- after finishing with a 5-7 record during the 2018 season. That's because the losing record made the Seminoles ineligible for a bowl berth.

The Seminoles (1-3, 0-3 Atlantic Coast Conference) haven't had a winning season since and are trending towards a third straight losing record, but it won't stop them from receiving a bowl invitation.

This after the NCAA's Division I Council voted Wednesday to waive bowl eligibility requirements for the 2020 season because of the coronavirus pandemic.

In normal years, a team needs a .500 record to qualify for a bowl game, but all teams will be eligible for this season only.

The move was made "to provide maximum flexibility during the COVID-19 pandemic," Council Chair Grace Calhoun, athletic director at Pennsylvania, said in a statement.

Some teams -- such as No. 6 Ohio State and No. 9 Penn State -- have yet to play a game this season, while other teams like Florida Atlantic have had to juggle their schedules amid positive COVID-19 tests.

Not to worry. Now the bowl games will be able to choose from any of the 127 Football Bowl Subdivision teams.

A team like Florida State could be the beneficiary of this, no matter how many wins the Seminoles accrue by year's end.

Winless teams that have played more than one game so far this season are Kansas, Florida International, Vanderbilt and ULM. But will anyone be allowed -- or even want -- to watch them?