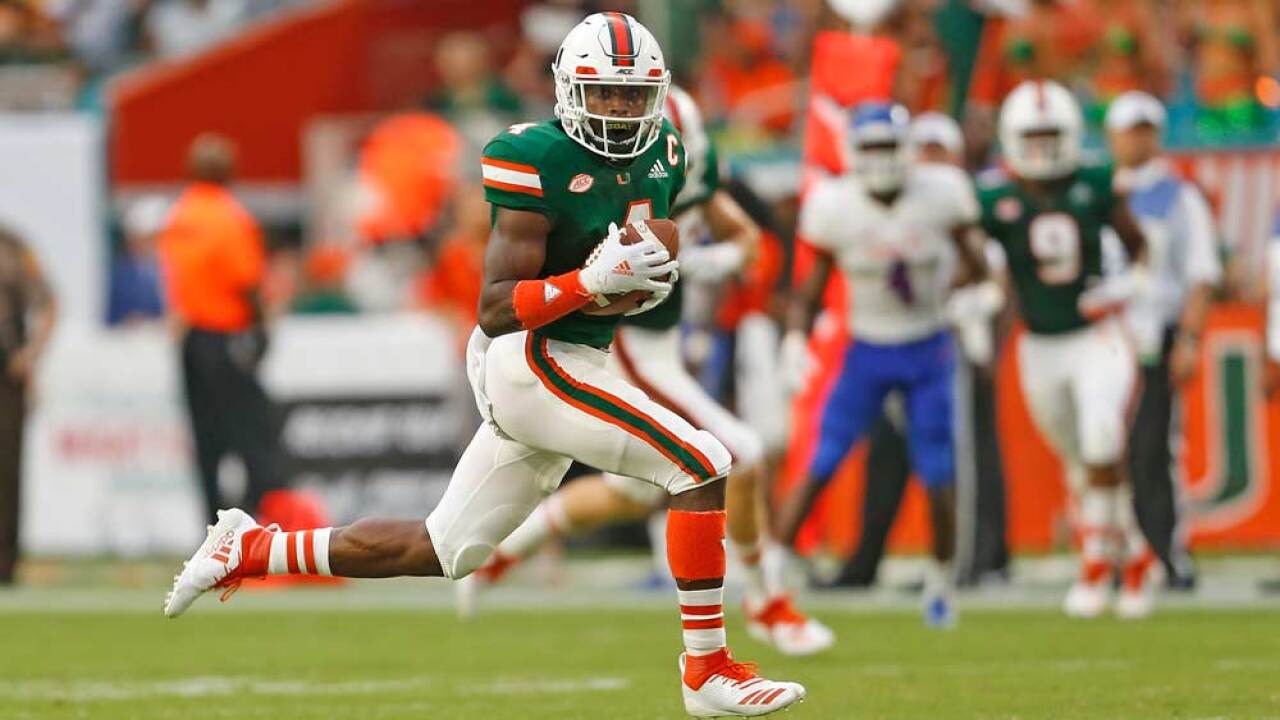 The speedy wide receiver, who was dismissed by the Hurricanes in November and was transferring to Illinois, said in an Instagram post on Tuesday night that he's going back to Miami.

The Hurricanes had no immediate comment, though new coach Manny Diaz tweeted out a game-action photo of Thomas shortly after the receiver's post.

Thomas finished 2018 as Miami's leading receiver, with 35 catches for 563 yards and three touchdowns.

His announcement came hours before quarterback Tate Martell posted on Twitter early Wednesday that he was headed to Miami. Martell completed 23 of 28 passes for Ohio State this past season.