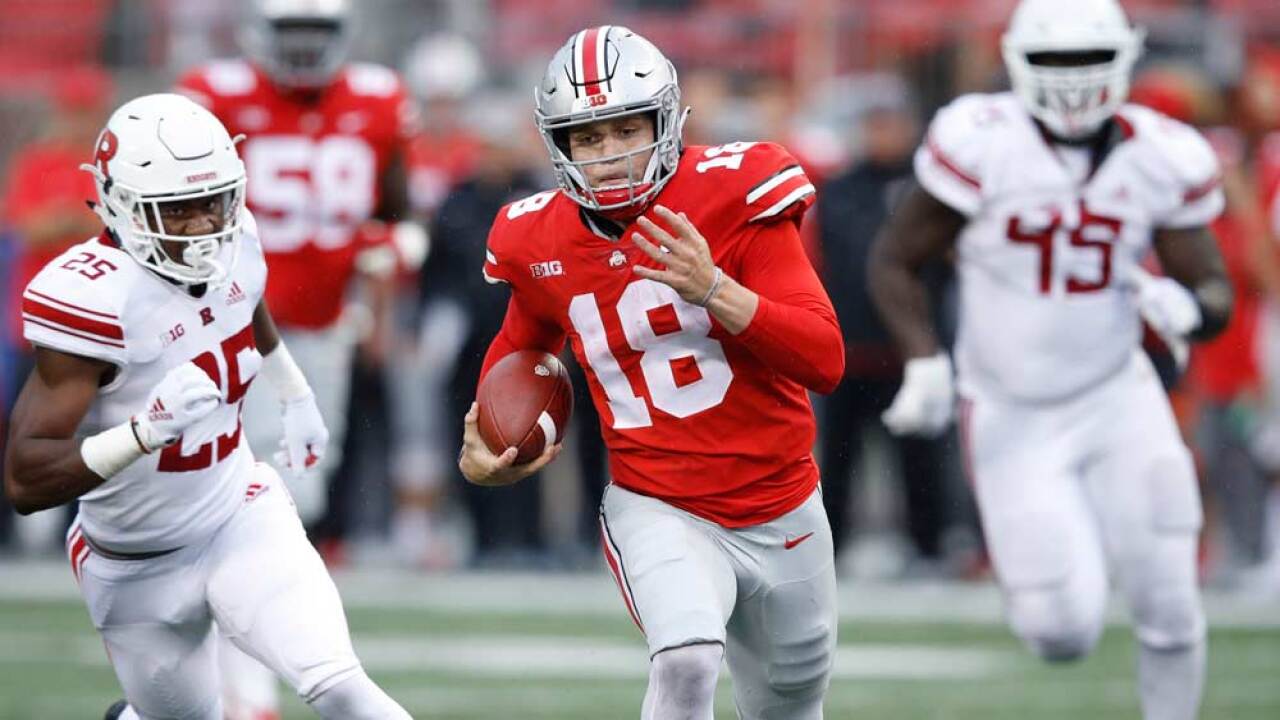 Quarterback Tate Martell says he is transferring from Ohio State to Miami.

Martell had entered his name into the NCAA transfer portal last week and was free to be approached by schools about a potential move.

Martell, who will be a third-year sophomore, sat behind record-setting Buckeyes quarterback Dwayne Haskins Jr. last season. Martell appeared to be the heir apparent when Haskins left early for the NFL draft, but Ohio State lured Georgia transfer Justin Fields to compete for the starting spot.

By heading to Miami, Martell will join former high school teammates Brevin Jordan and Bubba Bolden. Martell posted a picture with his tweet of himself and the two other players from Bishop Gorman in Las Vegas, saying, "right back like we never left... ."

Bolden said last week he was transferring from USC to Miami. Jordan played with the Hurricanes last season.