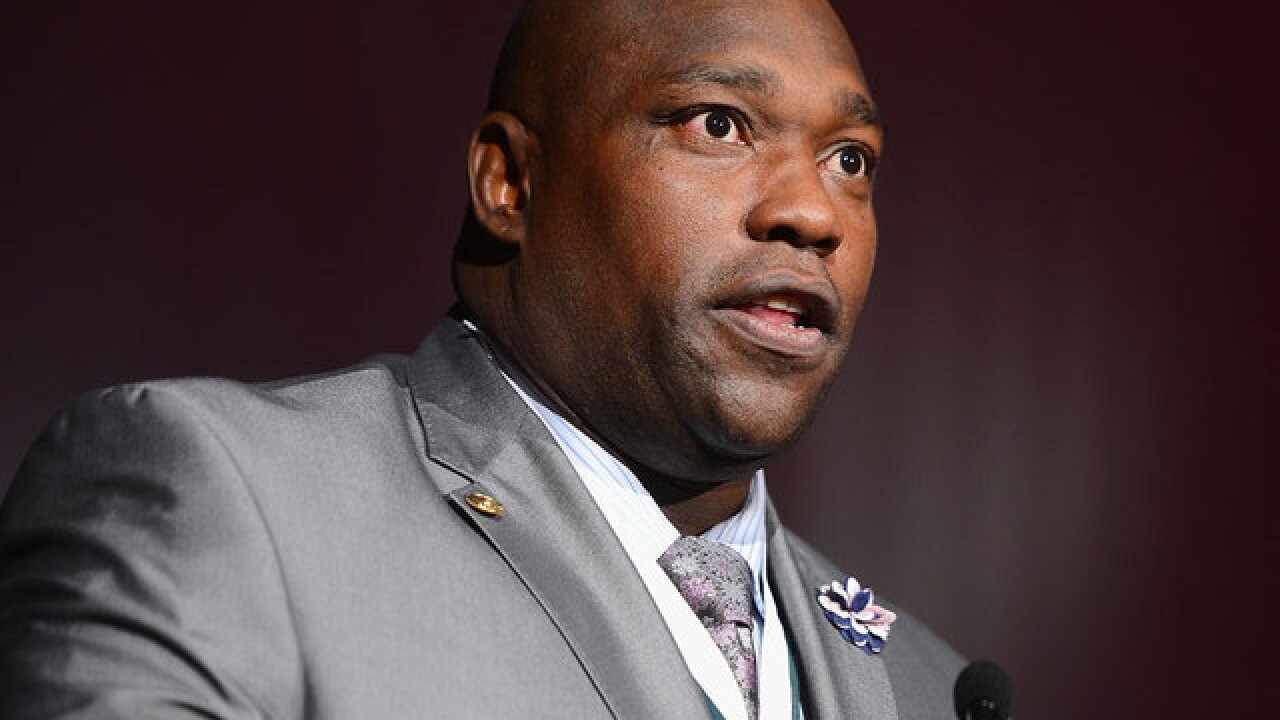 Sapp announced on social media Tuesday that his brain will go to the Concussion Legacy Foundation after his death.

The 44-year-old said in a statement that he's started to feel the effects of the many hits he took during his 13-year NFL career.

Sapp played defensive tackle from 1995-2003 for the Tampa Bay Buccaneers, where he earned seven trips to the Pro Bowl and a Super Bowl ring in 2002. He then played for the Oakland Raiders from 2004-2007.

BREAKING: On @PlayersTribune, Pro Football Hall of Famer @WarrenSapp
pledged his brain to us for #CTE research -->https://t.co/0vulwHagarpic.twitter.com/DniMy5G9z6