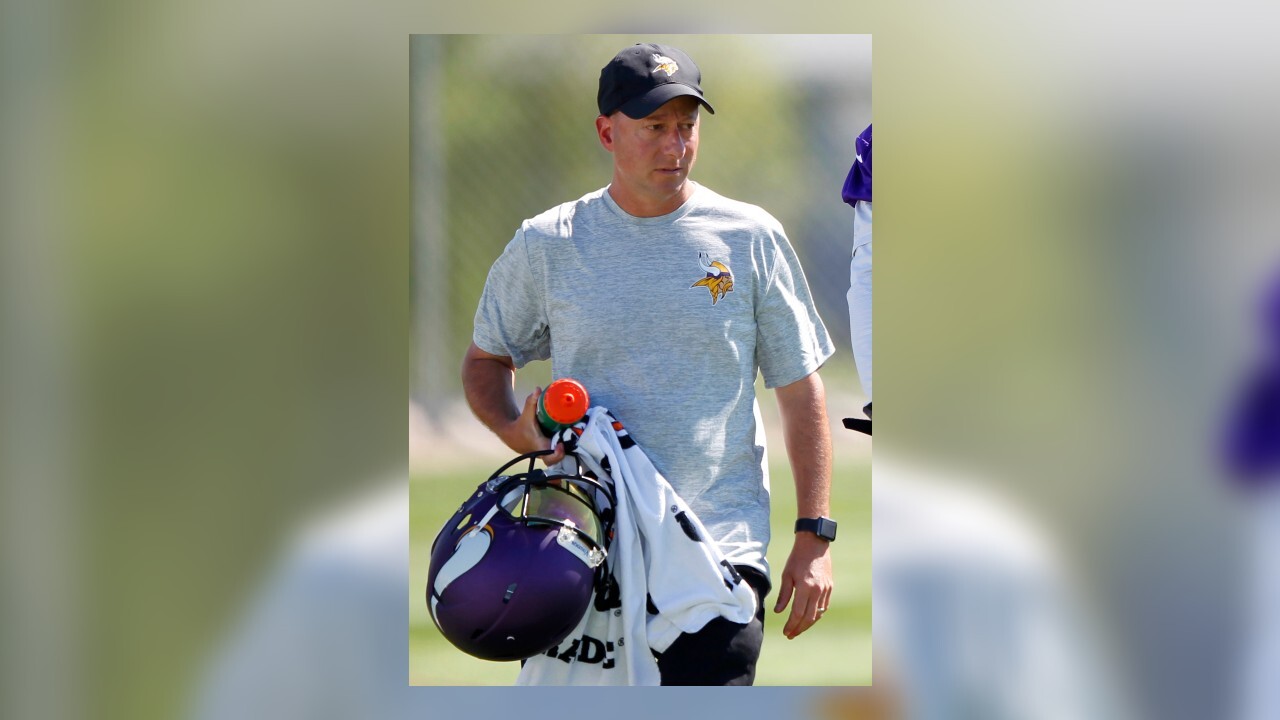 Andy Clayton-King, AP
FILE - In this July, 29, 2016, file photo, Minnesota Vikings trainer Eric Sugarman walks off the field during the first day of the NFL football team's training camp at Mankato State University in Mankato, Minn. Documents unsealed in a lawsuit by 1,800 former NFL players provide a behind-the-scenes glimpse at how team and league medical personnel distributed powerful painkillers to players. According to a Jan. 17, 2008 e-mail from Sugarman to team doctors and medical personnel, that was unsealed Friday, March 10, 2017, medications like Ambien, a sedative, and Toradol, a post-surgical painkiller, were distributed to players and not accurately tracked by the team’s dispensing records. An NFL spokesman said, “clubs and their medical staffs are all in compliance with the Controlled Substances Act. ... Any claim or suggestion to the contrary is simply wrong.” (AP Photo/Andy Clayton-King, File)

The Minnesota Vikings say their head trainer, Eric Sugarman, who's also the team's lead expert on infection control, has tested positive for the coronavirus.

In a press release, the team announced that Sugarman and members of his family tested positive for the virus over the weekend.

"We have followed the team's protocol for sanitizing the facility and for notifying any personnel who may have been in close contact with Eric," the team said in the release. "Those individuals have been tested and are returning under the established guidelines. Eric has not had recent contact with players, and no additional cases within the Vikings front office have been identified at this time."

After testing positive, Sugarman and his family immediately quarantined themselves.

"I have an immense amount of pride in the effort I have personally put forth to protect the NFL family, the Minnesota Vikings organization, and our community with thoughtfulness and decision-making based on the current science over these last four months," Sugarman said in the statement. "I am humbled to be serving in that capacity as it has been some of the most rewarding work of my career. But as I sit here in quarantine, it is clear this virus does not discriminate. It should continue to be taken seriously. I encourage people to take the necessary precautions and follow guidelines that have been established nationally and locally."

The organization says Sugarman will continue his role virtually as much as possible.