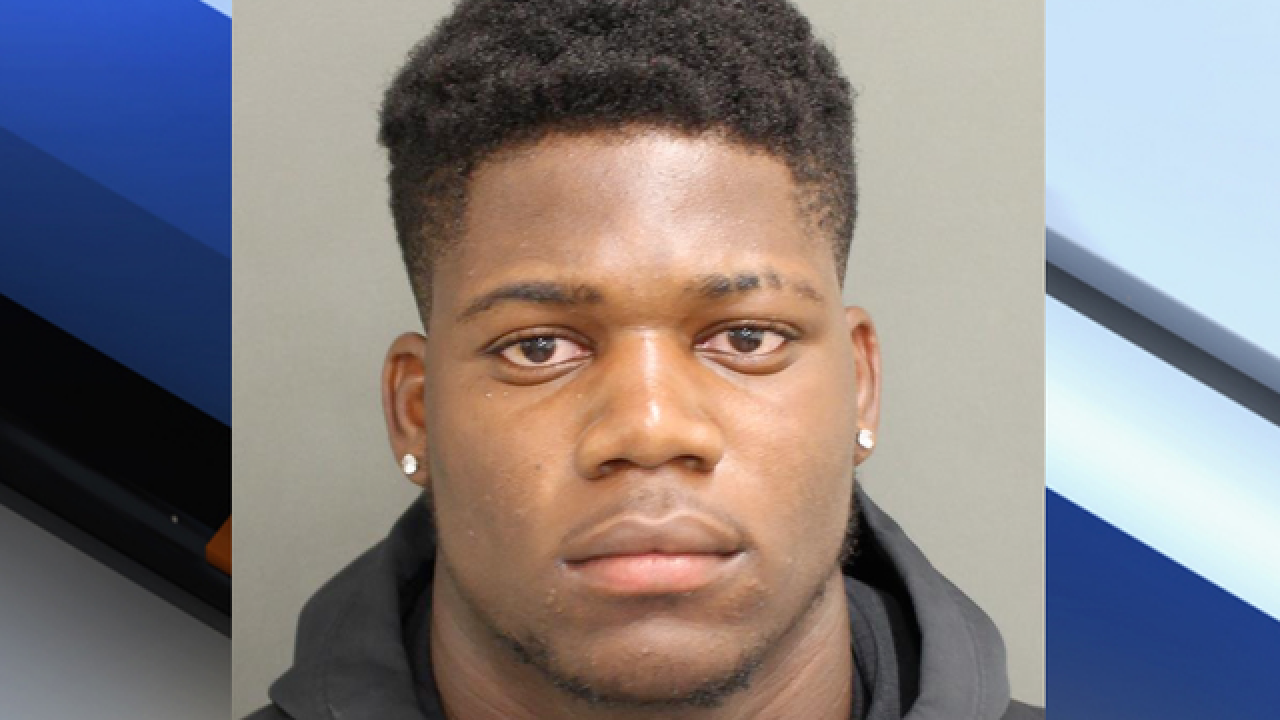 ORLANDO, Fla. (AP) — A University of Central Florida football player has been arrested on a sexual battery charge.

An arrest affidavit says the incident happened Saturday night. Mayes met the victim at an off-campus party and she later told investigators she woke up as she was being sexually assaulted in a room on campus.

The report says Mayes blocked the door when the victim tried to leave.

The affidavit says some teammates told detectives they saw Mayes taking the woman to his room and tried to stop him from making "a big mistake."

Coach Josh Heupel said in a statement that Mayes is suspended indefinitely from football activities.