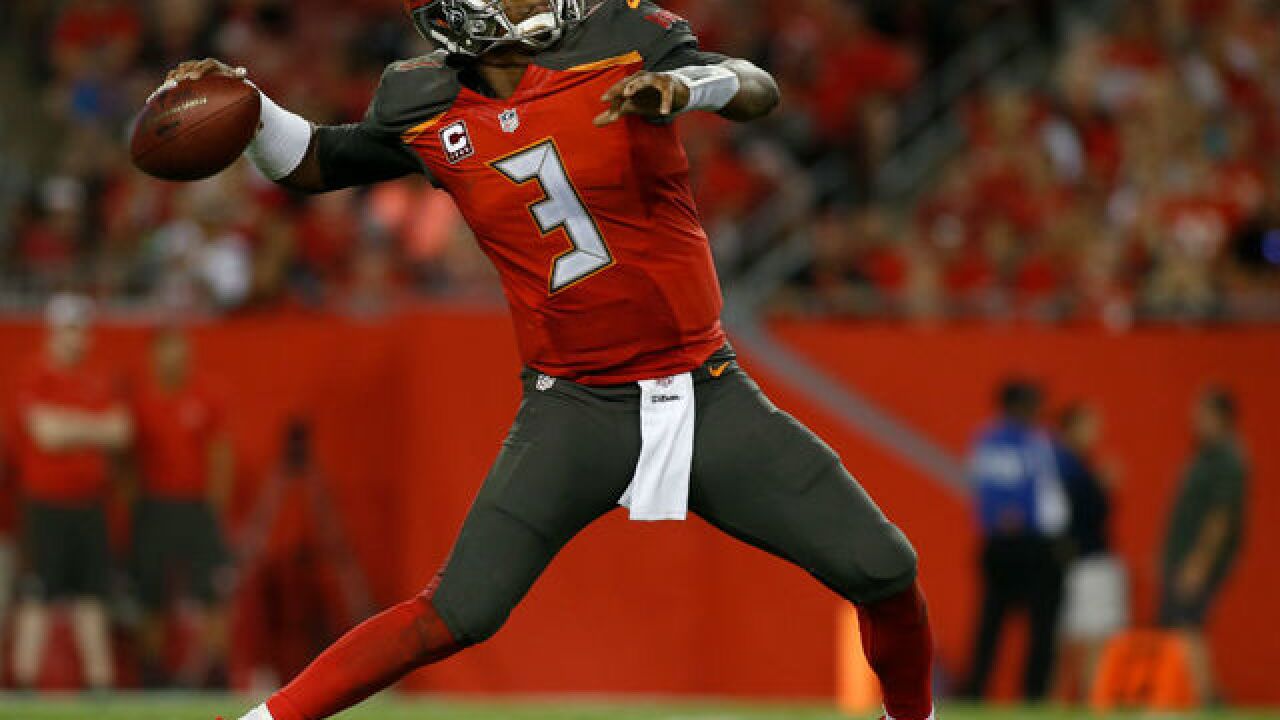 Court documents say the woman filed the suit in Arizona on Tuesday and is seeking more than $75,000 in damages. She said Winston grabbed her crotch in the drive-thru of a Mexican restaurant in the Phoenix area in March 2016.

After an investigation into the incident, the NFL in June suspended Winston for three games for violating the league's personal conduct policy.

The suit comes as Winston approaches the final game of the suspension, and with the Buccaneers off to a 2-0 start.

He missed the opener at New Orleans and last week's home victory over defending Super Bowl champion Philadelphia. He is eligible to return on Tuesday, the day after Tampa Bay plays the Pittsburgh Steelers.

A call to the Buccaneers offices after business hours Tuesday was not immediately returned.

The Associated Press does not generally name people who allege they are victims of sexual assault.

The NFL announced the suspension after an eight-month investigation concluded the 2013 Heisman Trophy winner, who was in Arizona for a charity event, violated the league's personal conduct policy by "touching the driver in an inappropriate and sexual manner without her consent."

The driver did not file a criminal or civil complaint, however she reported the incident to Uber. The NFL learned of the allegation when it was reported publicly last November.

"The league promptly initiated a comprehensive investigation that included interviews with several persons, including the driver, Winston and others with relevant information," the NFL said in a statement announcing the suspension. "The league also examined an extensive amount of other evidence, including telephone records, business records, data from electronic devices and other communications."

Winston was allowed to practice during training camp and play in preseason games, but he is forbidden to have contact with team during the suspension.

The NFL also said at the time that the fourth-year pro is required to have a clinical evaluation and cooperate in any recommended program of therapeutic intervention.

In his only public comments on the accusation and suspension, Winston apologized on the first day of training camp this year. But he would not discuss specifics of the Uber ride he took during the winter after his rookie season.

"I should never have put myself in that situation," he said. "All I can do is grow and learn from that. ... I've made a lot of positive changes since then."

The Bucs drafted Winston No. 1 overall in 2015, despite questions about his behavior during his college career at Florida State.

Winston was accused of raping a fellow student at FSU, but never charged. The university settled a Title IX lawsuit over its handling of the allegations with Winston's accuser, Erica Kinsman, in January 2016 for $1.7 million.