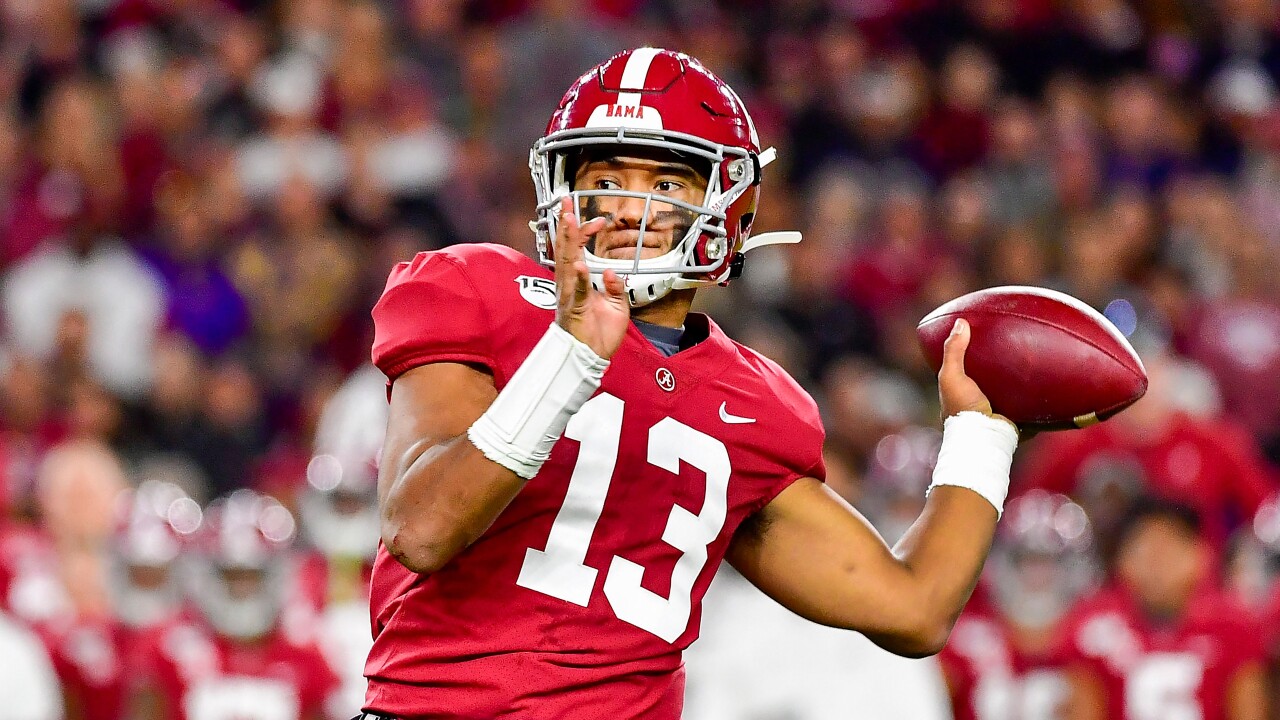 (Copyright 2020 The Associated Press. All rights reserved. This material may not be published, broadcast, rewritten or redistributed.)
Vasha Hunt/AP
Alabama quarterback Tua Tagovailoa passes against the LSU Tigers, Saturday, Nov. 9, 2019, in Tuscaloosa, Ala.

The quarterback of the future for the Miami Dolphins has signed a four-year deal worth $30.28 million, according to the NFL Network.

Miami's first-round draft pick inked a deal that includes a fifth-year option and a signing bonus worth $19.6 million.

The No. 5 overall pick in last month's draft is already proving to be a marketable player for the Dolphins.

An NFL spokesman said Tagovailoa's jersey sales are the highest of any player since the NFL Draft. That includes six-time Super Bowl winner Tom Brady, who signed with the Tampa Bay Buccaneers this offseason after 20 years with the New England Patriots.

Tagovailoa, who wore No. 13 at Alabama, will wear No. 1 for the Dolphins. That's because No. 13 -- previously worn by Pro Football Hall of Fame quarterback Dan Marino -- has been retired.