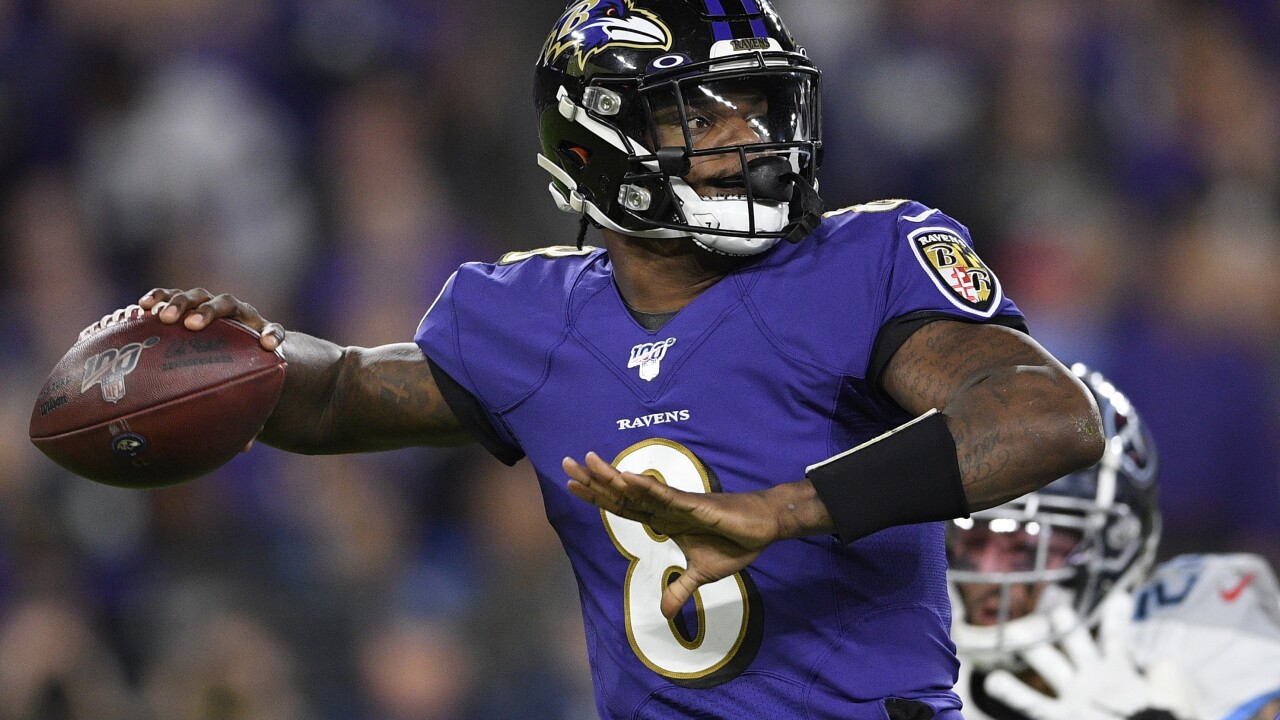 (Copyright 2020 The Associated Press. All rights reserved. This material may not be published, broadcast, rewritten or redistributed.)
Nick Wass/AP
Baltimore Ravens quarterback Lamar Jackson works in the pocket against the Tennessee Titans during the first half an NFL divisional playoff game, Saturday, Jan. 11, 2020, in Baltimore.

The South Florida native will appear on the cover of this year's popular "Madden NFL" video game.

Jackson beamed with pride in a Twitter post showing off the various covers of EA Sports' "Madden NFL 21," calling it "a dream come true."

The 2019 NFL MVP earned all 50 first-place votes, making him only the second unanimous MVP in NFL history, joining former New England Patriots quarterback Tom Brady, who is now with the Tampa Bay Buccaneers.

Jackson led the NFL with 36 passing touchdowns. He threw for 3,127 yards while adding seven trips to the end zone on the ground.

Jackson's 1,206 rushing yards broke the single-season record for a quarterback.

The Pompano Beach-born former Boynton Beach Community High School star won the 2016 Heisman Trophy while at Louisville and landed in Baltimore with the last pick in the first round of the 2018 NFL Draft.

Jackson, who turned 23 in January, is the youngest quarterback to win the MVP award since the 1970 NFL merger.