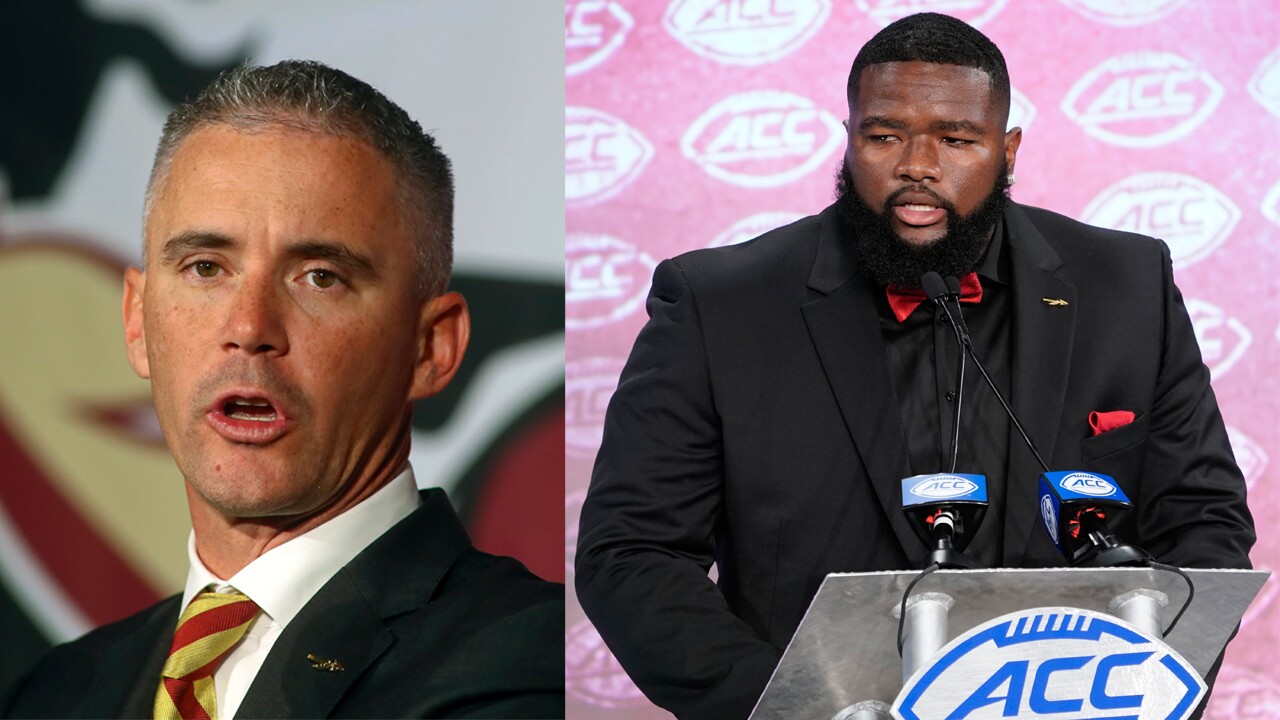 (Copyright 2020 The Associated Press. All rights reserved. This material may not be published, broadcast, rewritten or redistributed.)
AP Photo/Phil Sears/Chuck Burton
Florida State defensive tackle Marvin Wilson called out new head coach Mike Norvell for his choice of words during an interview.

During an interview with The Athletic, Norvell said he spoke "individually with every player" about racial injustice after the death of George Floyd in Minneapolis.

However, the defensive standout for the Seminoles took to Twitter to refute Norvell's remarks.

Man this 💩 did not happen mane. We got a generated text that was sent to everybody. There was no one on one talk between us and coach. This is a lie and me and my teammates as a whole are outraged and we will not be working out until further notice 💯 #hunchoout https://t.co/6Uuy6K7Eu3

"We got a generated text that was sent to everybody," Wilson tweeted early Thursday. "There was no one on one talk between us and coach. This is a lie and me and my teammates as a whole are outraged and we will not be working out until further notice."

Wilson's retort was retweeted by several players on the team and quickly went viral. It had been retweeted more than 16,000 times as of Thursday afternoon.

Norvell later issued an apology in which he praised Wilson "for utilizing his platform to express his reaction to my comments in an earlier interview."

"Last Saturday evening, I sent a text to each player individually to present an opportunity for open communication with me," Norvell's statement read. "Many members of our team chose to respond and have more in-depth conversations about issues and feelings. Marvin is right. It was a mistake to use the word 'every.' Particularly at this time, words are important, and I'm sorry."

Norvell went on to say he was "grateful for the opportunity" to speak to the team "more in-depth as a result of Marvin being willing to express his feelings."

A few hours later, Wilson released a video on Instagram, saying he "took a stand" for Floyd and "black people in general." Along with the video was a message that he and his teammates "got what we wanted" and were "moving forward."

Took a stand we got what we wanted & we are moving forward 🗣!!! I appreciate @coachnorvell for encouraging me to use my platform and speak for what me and teammates believe in. Be the change that you need when you was growing up and help build black communities up and take back what is ours

The Seminoles are coming off back-to-back losing seasons for the first time since 1975-76.