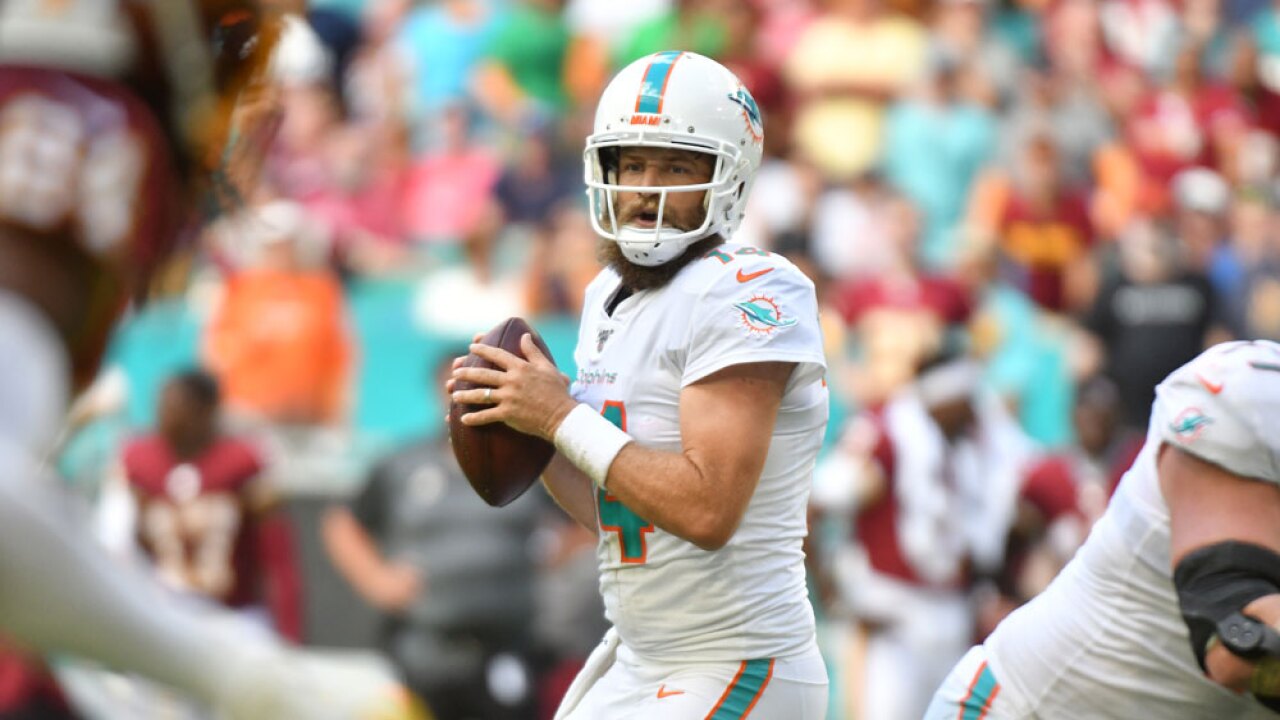 DAVIE, Fla. (AP) — Ryan Fitzpatrick will start at quarterback Sunday for the winless Miami Dolphins at Buffalo, and Josh Rosen will be back on the bench.

Coach Brian Flores announced the decision Wednesday. Fitzpatrick replaced Rosen at the start of the fourth quarter last Sunday against Washington with the Dolphins trailing 17-3, and led them to two late touchdowns in a 17-16 loss.

Following the game, Flores had said Rosen would remain the starter. Fitzpatrick started the first two games of the season, and Rosen started the past three.

Flores said he changed his mind because he decided Fitzpatrick would give Miami (0-5) the best chance to win in a tough environment at Buffalo (4-1). Rosen ranks last among qualifying quarterbacks in passer rating, completion percentage and yards per attempt.