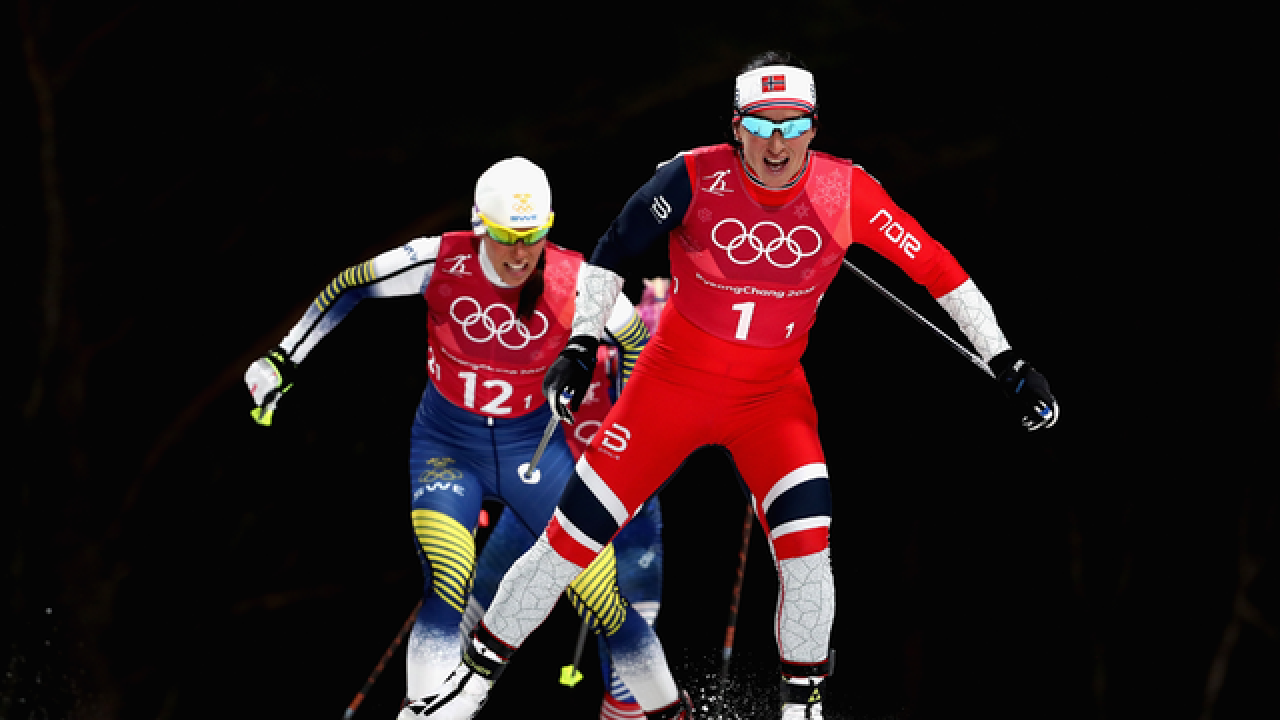 PYEONGCHANG, South Korea (AP) —  Marit Bjoergen is now the most decorated Winter Olympian of all time after her Norwegian team took bronze in the women's cross-country skiing sprint relay, increasing her career tally to 14 Olympic medals.

Jessica Diggins and Kikkan Randall won the gold, the first ever for the United States in an Olympic cross-country skiing in one of the highlights on Day 12 at the Pyeongchang Winter Games.

U.S. Alpine star Lindsey Vonn turned in a bronze-medal performance in the last Olympic downhill of her career.

In figure skating, Russian Alina Zagitova performed a flawless "Black Swan" routine for a world-record score in the short program and a shot at gold after Friday's free dance.

In the speedskating team pursuit event, Norway won for the men while Japan took gold for the women.