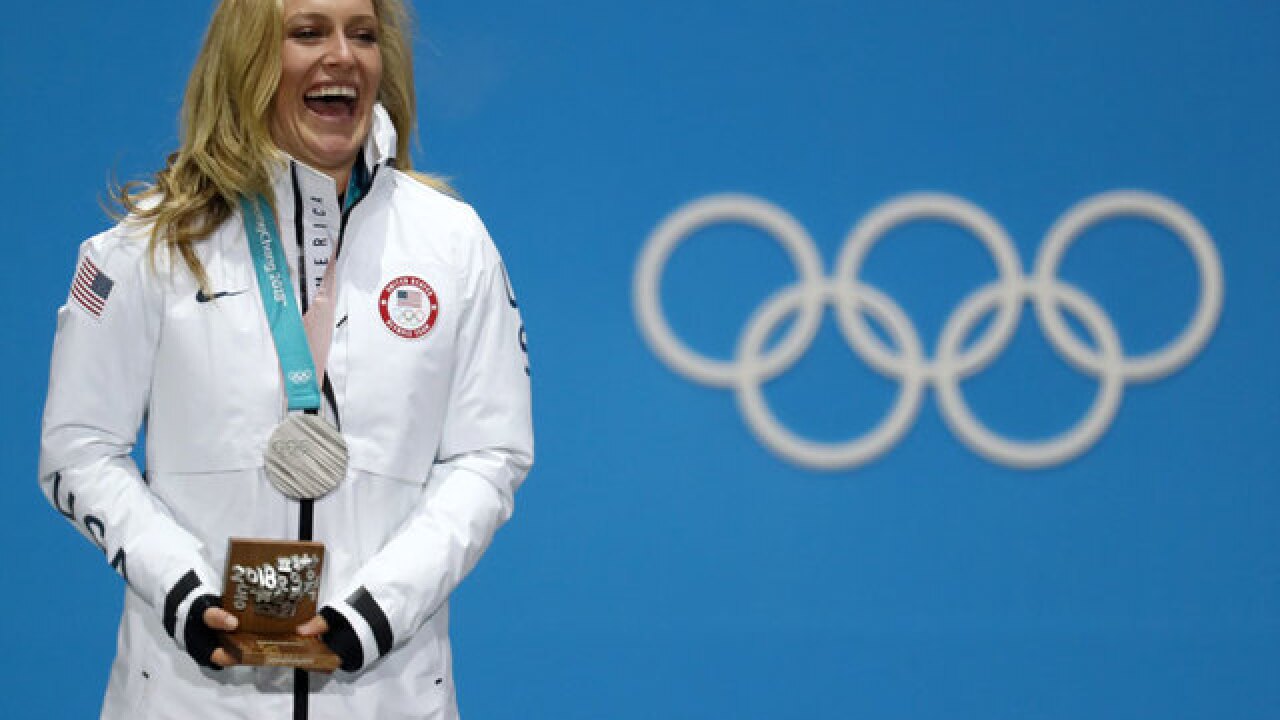 Image copyright 2018 Getty Images. All rights reserved. This material may not be published, broadcast, rewritten, or redistributed.
&lt;p&gt;Silver medalist Jamie Anderson of the United States celebrates during the medal ceremony for Snowboard - Ladies' Big Air on day 13 of the PyeongChang 2018 Winter Olympic Games at Medal Plaza on February 22, 2018 in Pyeongchang-gun, South Korea. (Photo by Clive Rose/Getty Images)&lt;/p&gt;

NBC Sports reported each rider's total score was based on their best two scores (out of three), but those scores had to come from different tricks.