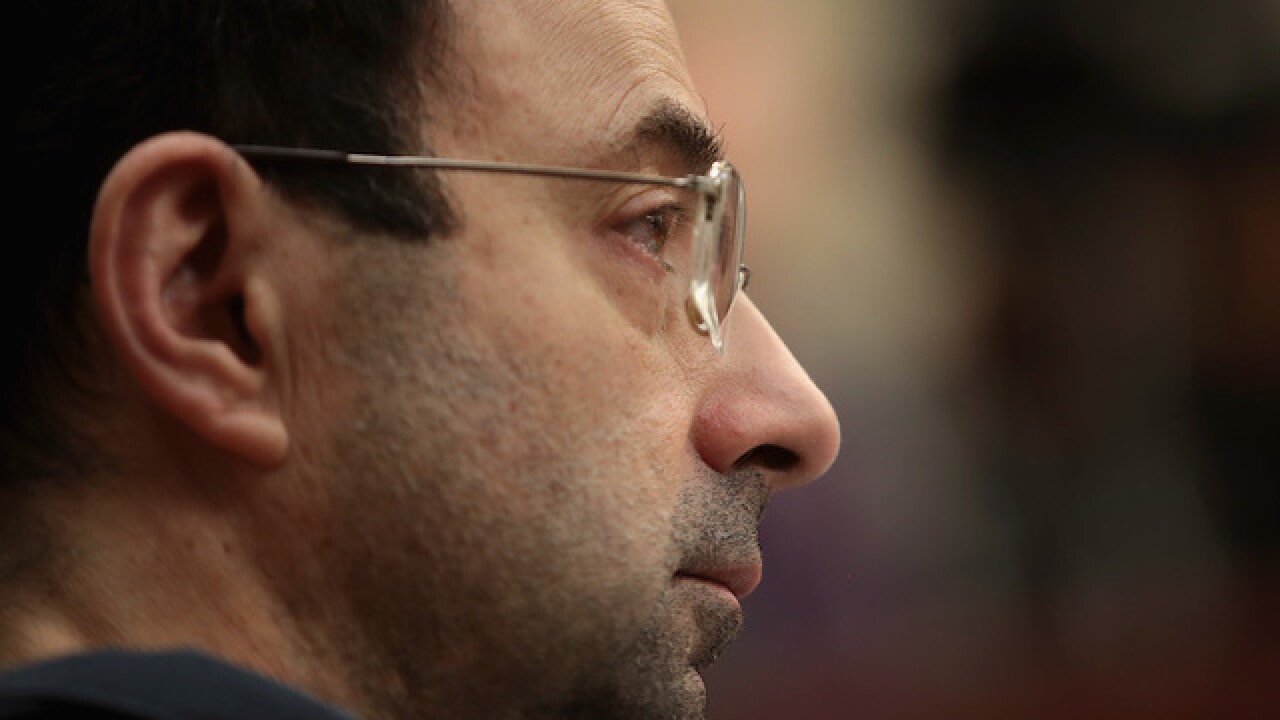 Copyright Getty Images
&lt;p&gt;LANSING, MI - JANUARY 17: Larry Nassar listens to victim impact statements during his sentencing hearing after being accused of molesting more than 100 girls while he was a physician for USA Gymnastics and Michigan State University where he had his sports-medicine practice on January 17, 2018 in Lansing, Michigan. Nassar has pleaded guilty in Ingham County, Michigan, to sexually assaulting seven girls, but the judge is allowing all his accusers to speak. Nassar is currently serving a 60-year sentence in federal prison for possession of child pornography. (Photo by Scott Olson/Getty Images)&lt;/p&gt;

The entire USA Gymnastics board of directors has agreed to resign in the wake of the Larry Nassar scandal.

The move comes one day after the United States Olympic Committee ordered the USA Gymnastics board to announced their resignations within six days or be declassified as the country's governing body of gymnastics.

Earlier this week, former USA Gymnastics trainer Dr. Larry Nassar was sentenced to between 40 and 175 years in prison for various sexual crimes. Dozens of former gymnasts came forward to give victim statements before Nassar's sentencing.