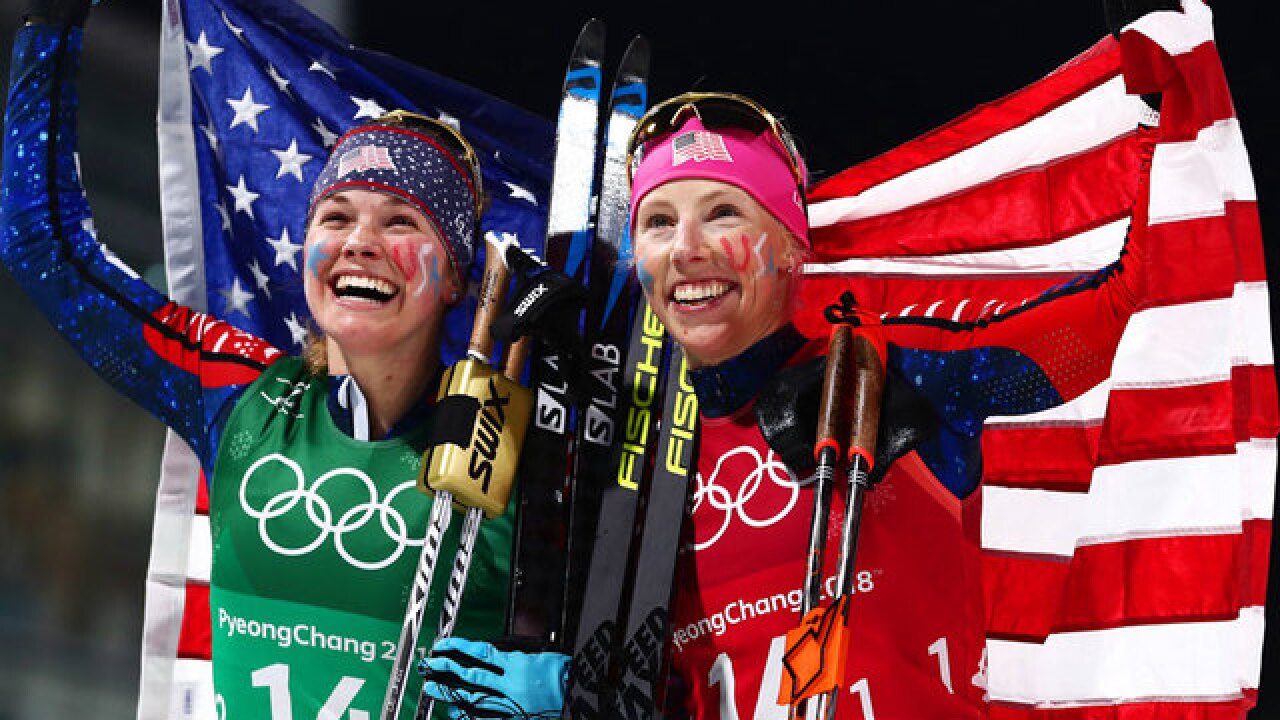 Image copyright 2018 Getty Images. All rights reserved. This material may not be published, broadcast, rewritten, or redistributed.
&lt;p&gt;Jessica Diggins of the United States (L) and Kikkan Randall of the United States celebrate as they win gold during the Cross Country Ladies' Team Sprint Free Final on day 12 of the PyeongChang 2018 Winter Olympic Games at Alpensia Cross-Country Centre on February 21, 2018 in Pyeongchang-gun, South Korea. (Photo by Lars Baron/Getty Images)&lt;/p&gt;

Before their win on Wednesday, Bill Koch was the only American cross-country skier to earn an Olympic medal. Koch won silver in the men's 30km in 1976 in Innsbruck, Austria.