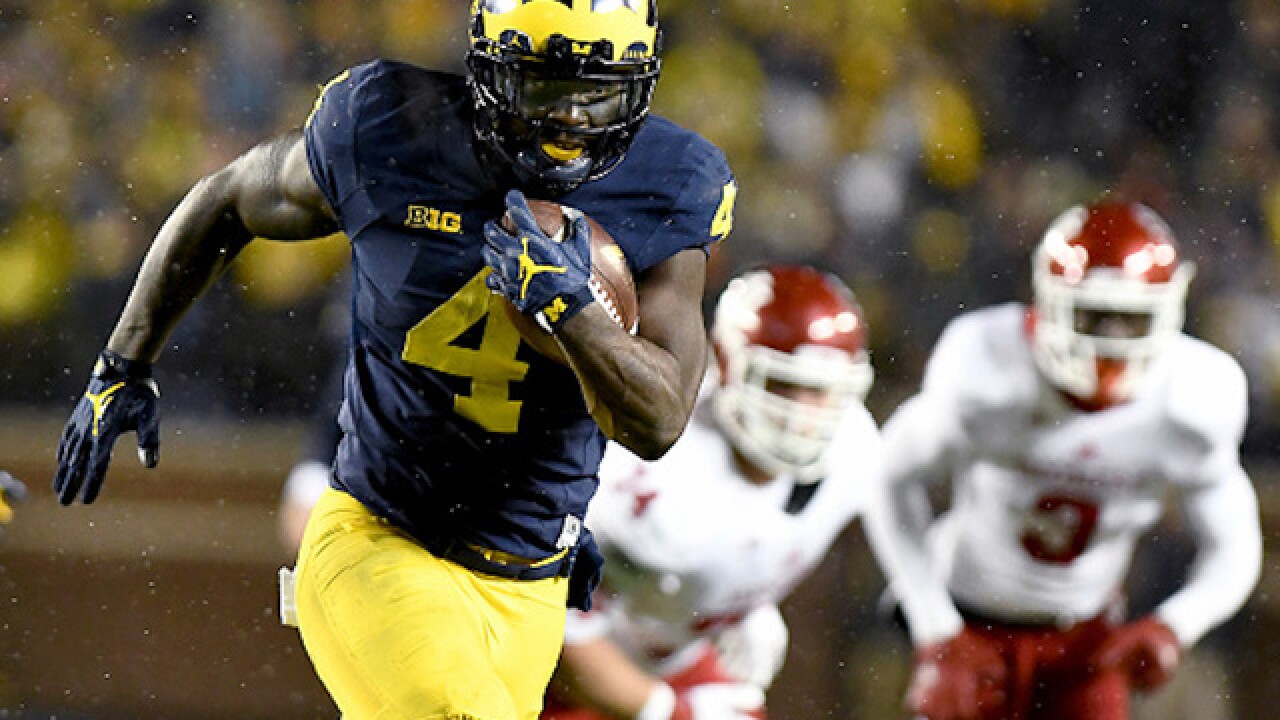 Not since 2006 has "The Game" between Ohio State and Michigan had such importance. When the Associated Press released its latest Top 25 Poll on Sunday, Ohio State found itself ranked second, just one spot ahead of arch-rival Michigan.

The two squads are set to square off in Columbus on Saturday to help decide a potential spot in the Big Ten title game, and perhaps a spot in the four-team College Football Playoff.

Both Ohio State and Michigan had to win tight games in rough conditions to keep their playoff hopes alive. Ohio State edged Michigan State 17-16, while Michigan rallied from a second-half deficit to top Indiana 20-10.

“We’ll be playing for a championship next week," second-year Michigan coach Jim Harbaugh said. "It started today, today was a championship game. It kept us in it. It feels like a playoff win.”

Saturday's game is just the second time Ohio State and Michigan go into a game with both teams being ranked in the top 3. The other instance came in 2006, when No. 1 Ohio State defeated No. 2 Michigan 42-39. Both teams entered the game 11-0, and played for a Big Ten title.

Michigan is trying to break a long-run of success by the Buckeyes. Ohio State has defeated Michigan 11 times in the last 12 meetings.

The only team ahead of the two Big Ten squads is Alabama, as the Crimson Tide enter this weekend's tilt against No. 16 Auburn ranked as the nation's top team.

One-loss ACC squad Clemson is ranked No. 4 in the nation, and poised to earn a spot in the College Football Playoff pending a run to the ACC title.

But nipping on the top four's heels are a bevy of two-loss teams that are vying for at least one spot in the College Football Playoff. Among them are No. 8 Penn State and No. 5 Wisconsin, who are in position to face each other in the Big Ten Championship. Also in the mix is No. 6 Washington and No. 11 Colorado of the Pac 12, No. 7 Oklahoma and No. 10 Oklahoma State of the Big 12, and No. 11 Louisville of the ACC.