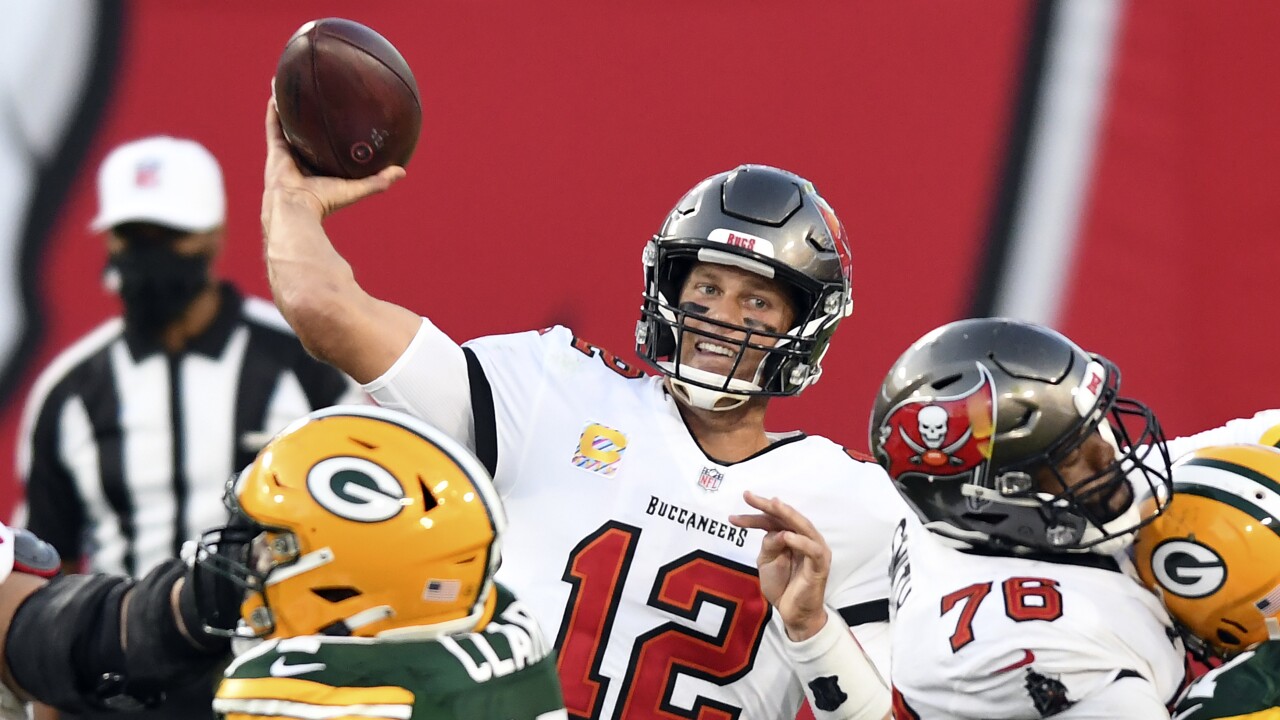 (Copyright 2020 The Associated Press. All rights reserved. This material may not be published, broadcast, rewritten or redistributed.)
Jason Behnken/AP
Tampa Bay Buccaneers quarterback Tom Brady throws a pass against the Green Bay Packers during the second half Sunday, Oct. 18, 2020, in Tampa, Fla.

WEST PALM BEACH, Fla. — Tom Brady and the Tampa Bay Buccaneers won't play in front of a prime-time audience this weekend on WPTV.

The NFL announced Thursday that the "Sunday Night Football" game between the Buccaneers and Las Vegas Raiders has been moved to the afternoon on FOX.

Instead, the Seattle Seahawks will visit the Arizona Cardinals on NBC's "Sunday Night Football."

The decision to move the games comes as all five starting offensive linemen for the Raiders were sent home as part of coronavirus contact tracking after right tackle Trent Brown tested positive.

"These decisions were made out of an abundance of caution to ensure that a game would be available for fans on 'Sunday Night Football,'" the NFL said in a statement. "We expect the Buccaneers-Raiders game to be played on Sunday afternoon. Scheduling decisions are made to ensure the health and safety of players, coaches and game day personnel and in consultation with medical experts."