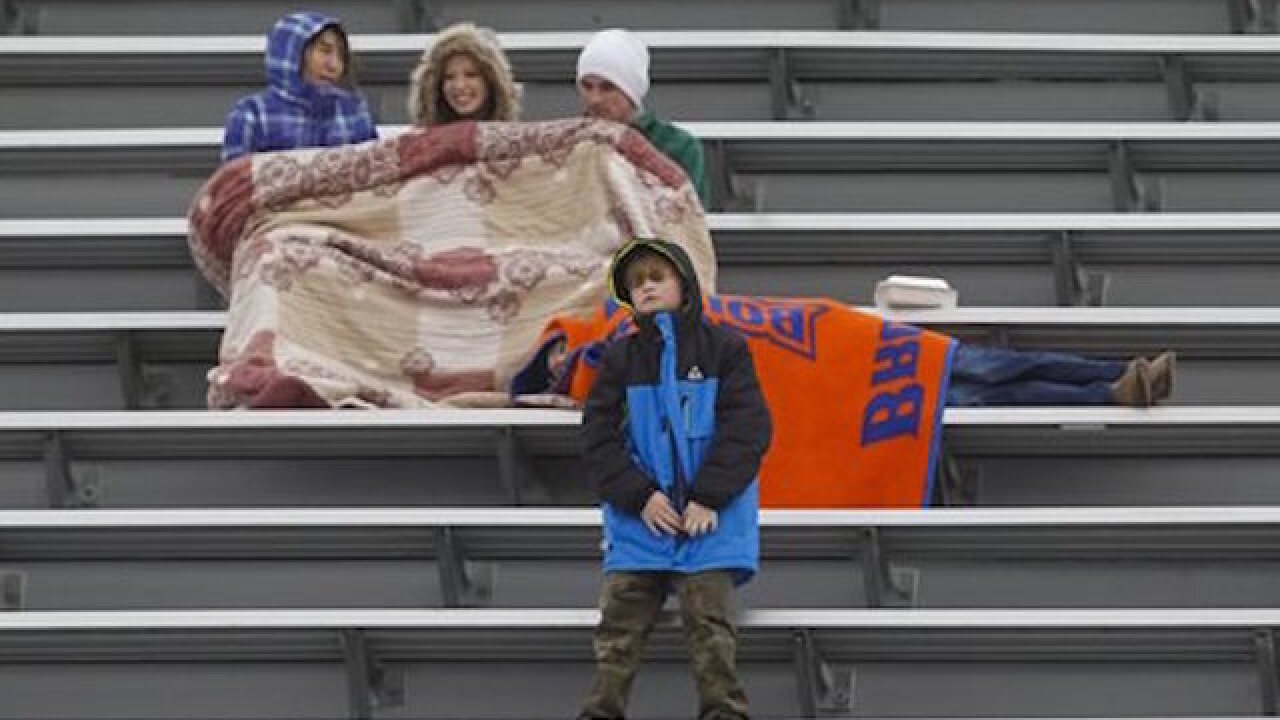 Copyright Associated Press
&lt;p&gt;In this Dec. 22, 2015, file photo, fans in the upper deck watch the action during the second half of the Famous Idaho Potato Bowl NCAA college football game between Utah State and Akron in Boise, Idaho.†Two people involved in the decision tell The Associated Press that the NCAA won't allow the creation of new bowl games for the next three years. The people spoke on condition of anonymity Monday, April 11, 2016, because the NCAA had not made a formal announcement. (AP Photo/Otto Kitsinger, File)&lt;/p&gt;

The NCAA is prohibiting the creation of new bowl games for the next three years after three teams with 5-7 records were needed to fill the record number of bowls last season.

The NCAA's football oversight committee last week recommended a three-year moratorium on sanctioning new postseason games and it was approved by the Division I Council. The oversight committee started a task force to study the Bowl Subdivision postseason after there was not enough six-win, bowl-eligible teams last season to fill the 40 games.

The committee, led by Big 12 Commissioner Bob Bowlsby, will deliver a full set of recommendations on reforming the postseason in June, including determining what should qualify as a deserving team and how a 5-7 team should be placed in a bowl if necessary.

"Historical data of 'deserving teams' criteria showed that adding more bowls would cause the NCAA to have to dip into the alternate 5-7 teams, as it did last season," Division I Council chairman and Northwestern athletic director Jim Phillips told the AP in a text message on Monday. "The new postseason structure, when it is complete, will allow for existing and new bowls to compete for 'deserving teams' as that criteria is developed."

Three cities — Austin, Texas; Charleston, South Carolina; and Myrtle Beach, South Carolina — were in the process of trying to gain approval for new bowl games. ESPN.com was first to report the moratorium.

Many bowl games are entering the third year of six-year contracts with their conference partners. Letting bowls go dark if there are not enough teams with at least six wins and a .500 record at the end of the regular season is not a realistic option. The first priority for the oversight committee is to come up with guidelines for choosing 5-7 teams.

Nebraska, Minnesota and San Jose were allowed to play in bowls last season because they had the highest Academic Progress Report scores among teams with 5-7 records. There were no additional restrictions placed on those teams and bowls were allowed to pick them according to their contracts with conferences.

That placed Nebraska of the Big Ten in the Fosters Farm Bowl in Santa Clara, California, and Minnesota in the Quick Lane Bowl in Detroit, while six- and seven-win teams from other conferences were sent to less-desirable bowls. Two Mountain West teams, Colorado State and Nevada, played in the first Arizona Bowl in Tucson, drawing sharp criticism from MWC Commissioner Craig Thompson.