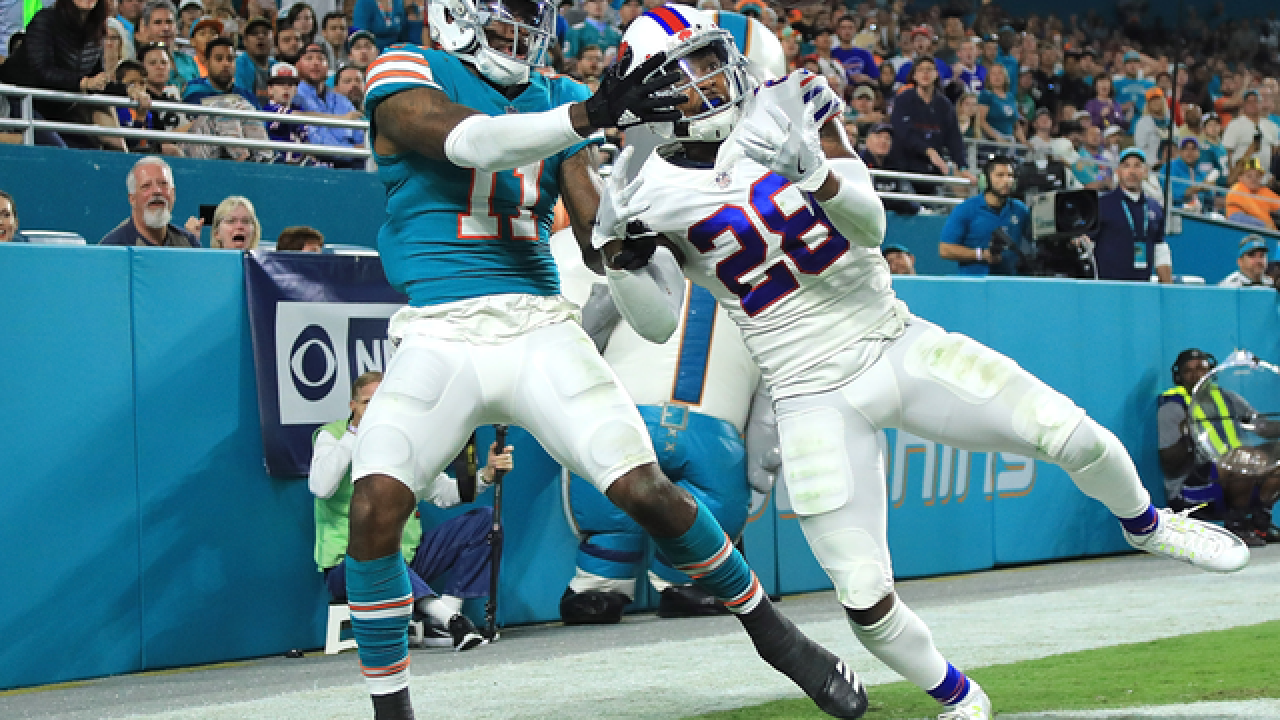 Copyright Getty Images
&lt;p&gt;E.J. Gaines #28 of the Buffalo Bills deflects a pass to DeVante Parker #11 during the fourth quarter against the Miami Dolphins at Hard Rock Stadium on December 31, 2017 in Miami Gardens, Florida. (Photo by Mike Ehrmann/Getty Images)&lt;/p&gt;

DAVIE, Fla. (AP) — Miami Dolphins fourth-year wide receiver DeVante Parker has a hand injury that has kept him out of training camp practice for two days in a row.

"Right now we're going to be going week to week," head coach Adam Gase said of Parker's status Wednesday. "I mean right now he wouldn't be able to catch the ball. So we'll just keep evaluating that and we just need to make sure that we're keeping him in great shape and when they tell us that he's good to go we'll have him ready to go."

Parker suffered the injury Monday during 11-on-11 drills going against cornerback Xavien Howard. Gase said it appeared that Parker got his hand stuck in Howard's shoulder pad when the cornerback tried to break up a pass intended for Parker.

Six other players sat out practice with injuries, including wide receiver Kenny Stills with an ankle injury. Tight end MarQueis Gray and rookie running back Kalen Ballage both are in the concussion protocol, center Jake Brendel (calf), defensive end William Hayes (hamstring) and linebacker Mike Hull (knee) also are out.