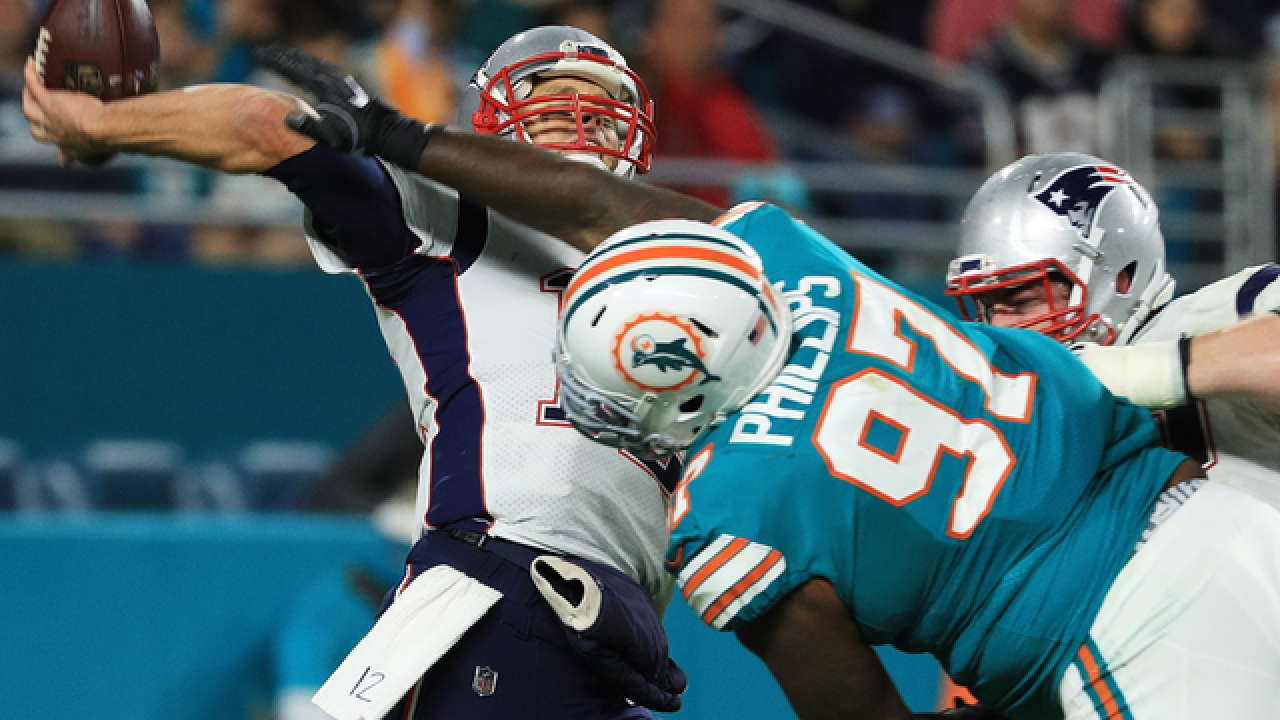 Image copyright 2017 Getty Images. All rights reserved. This material may not be published, broadcast, rewritten, or redistributed.
&lt;p&gt;MIAMI GARDENS, FL - DECEMBER 11: Jordan Phillips #97 of the Miami Dolphins blocks a pass attempt by Tom Brady #12 of the New England Patriots in the fourth quarter at Hard Rock Stadium on December 11, 2017 in Miami Gardens, Florida. (Photo by Mike Ehrmann/Getty Images)&lt;/p&gt;

Phillips' comment Tuesday was accompanied by a video of the play on which he injured his left leg in Monday night's Miami victory.

Andrews went at Phillips' legs trying to block him on a screen pass. Phillips limped off the field, but later returned to the game.

Miami coach Adam Gase declined to say whether he had an issue with the block.