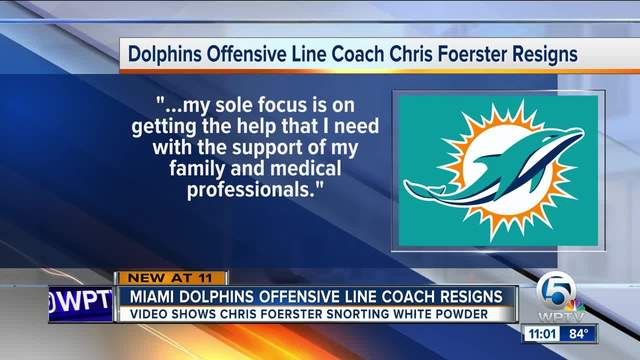 An offensive line coach with the Miami Dolphins has resigned after a viral video was released that appears to show him snorting a white powdery substance. 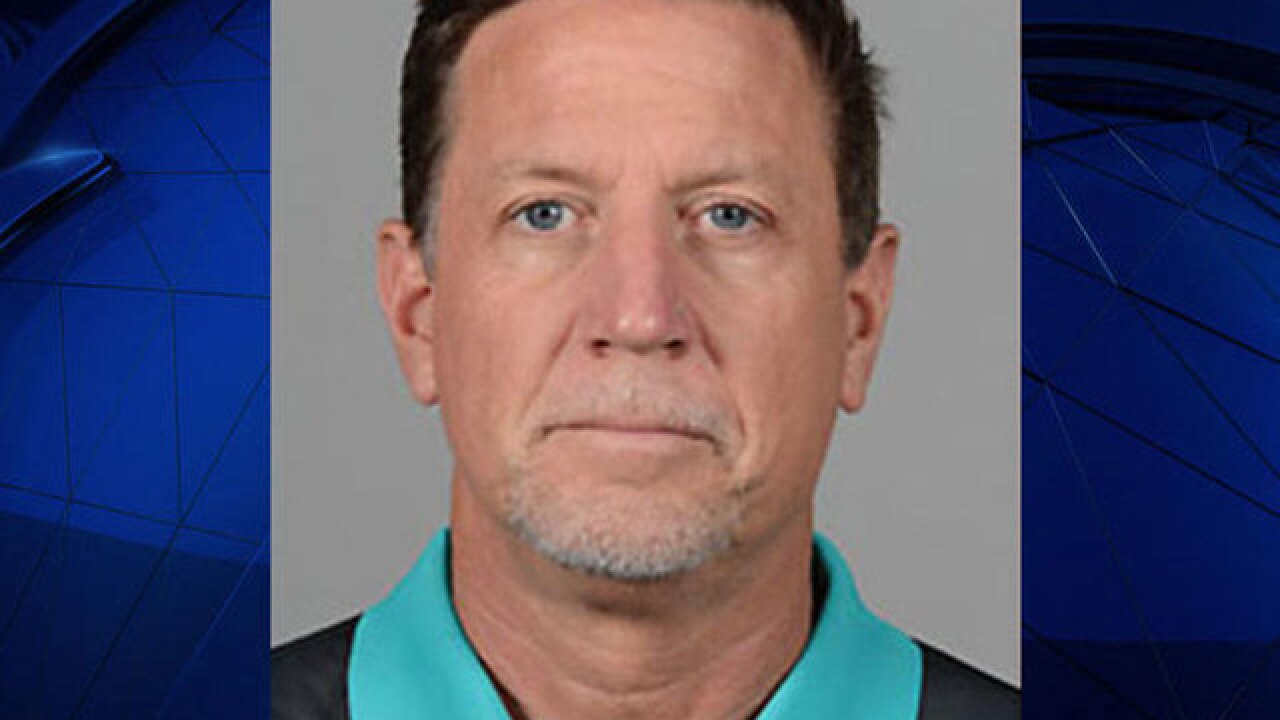 An offensive line coach with the Miami Dolphins has resigned after a viral video was released that appears to show him snorting a white powdery substance.

In the video, a man who a Facebook user says is offensive line coach Chris Foerster, is seen using a $20 bill to snort three lines of the powdery substance off the table.

"I am resigning from my position with the Miami Dolphins and accept full responsibility for my actions," Foerster said in a statement Monday. "I want to apologize to the organization and my sole focus is on getting the help that I need with the support of my family and medical professionals."

WARNING: The video below contains drug use and language that some may find offensive.

This is the video supposedly of Dolphins offensive line coach Chris Foerster snorting coke before a meeting pic.twitter.com/L7ZsdZMH7U

The video begins with Foerster saying to an unspecified woman, "Hey babe, miss you, thinking about you. How about me going to a meeting and doing this before I go?"

After snorting two lines, he says, “It’s gonna be a while before we can do this again. Because I know you're gonna keep that baby. But I think about you when I do it. I think about how much I miss you. How high we got together."

The nearly minute-long video was posted and went viral late Sunday night on Facebook and was shared to other social media sites.

It is unclear how old the video is or where it originated from.

"We were made aware of the video late last night and have no tolerance for this behavior. After speaking with Chris this morning, he accepted full responsibility and we accepted his resignation effective immediately," the Dolphins said in a statement Monday. "Although Chris is no longer with the organization, we will work with him to get the help he needs during this time."

Foerster was in his second season of his second stint with the Miami Dolphins. He was promoted to run game coordinator in February in addition to offensive line coach, which he was originally named as last year.

Foerster has previously coached for the San Francisco 49ers, Washington's NFL team and the Baltimore Ravens, among other teams. He played center at Colorado State.