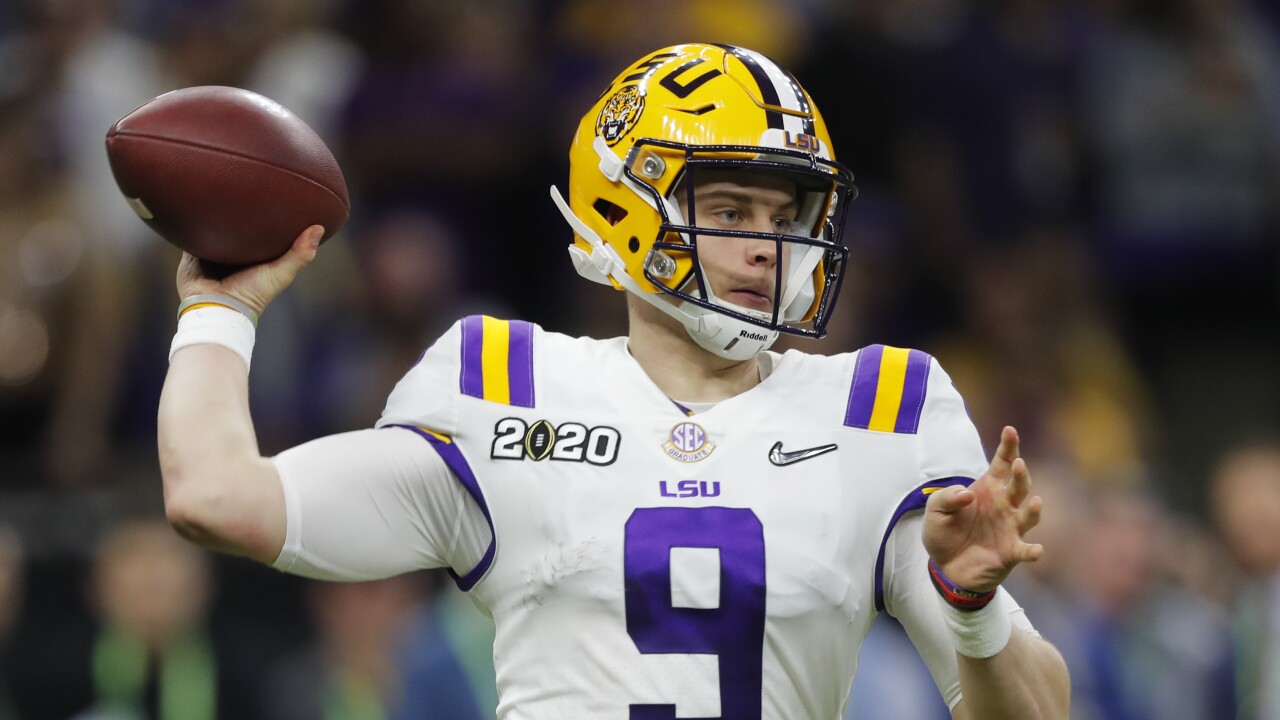 (Copyright 2020 The Associated Press. All rights reserved. This material may not be published, broadcast, rewritten or redistributed.)
Gerald Herbert/AP
LSU quarterback Joe Burrow passes against Clemson during the second half of the College Football Playoff National Championship game Monday, Jan. 13, 2020, in New Orleans.

For the third year in a row, a Heisman Trophy winner is the first pick in the NFL Draft.

LSU quarterback Joe Burrow, who led the Tigers to an undefeated season and national championship in 2019, was the first player selected in Thursday night's opening round.

"To jump up to No. 1 overall is crazy to me, but it's a dream come true," Burrow told ESPN after the Cincinnati Bengals made him the No. 1 overall pick.

Burrow passed for 5,671 yards and threw 60 touchdowns, the latter being a single-season record in FBS history.

The Bengals, who finished 2-14 last season, targeted the 23-year-old Ohio native with the coveted top pick to rejuvenate a franchise that hasn't won a playoff game since 1990.

Burrow began his career as a backup to J.T. Barrett at Ohio State, but he opted to transfer to LSU in 2018.