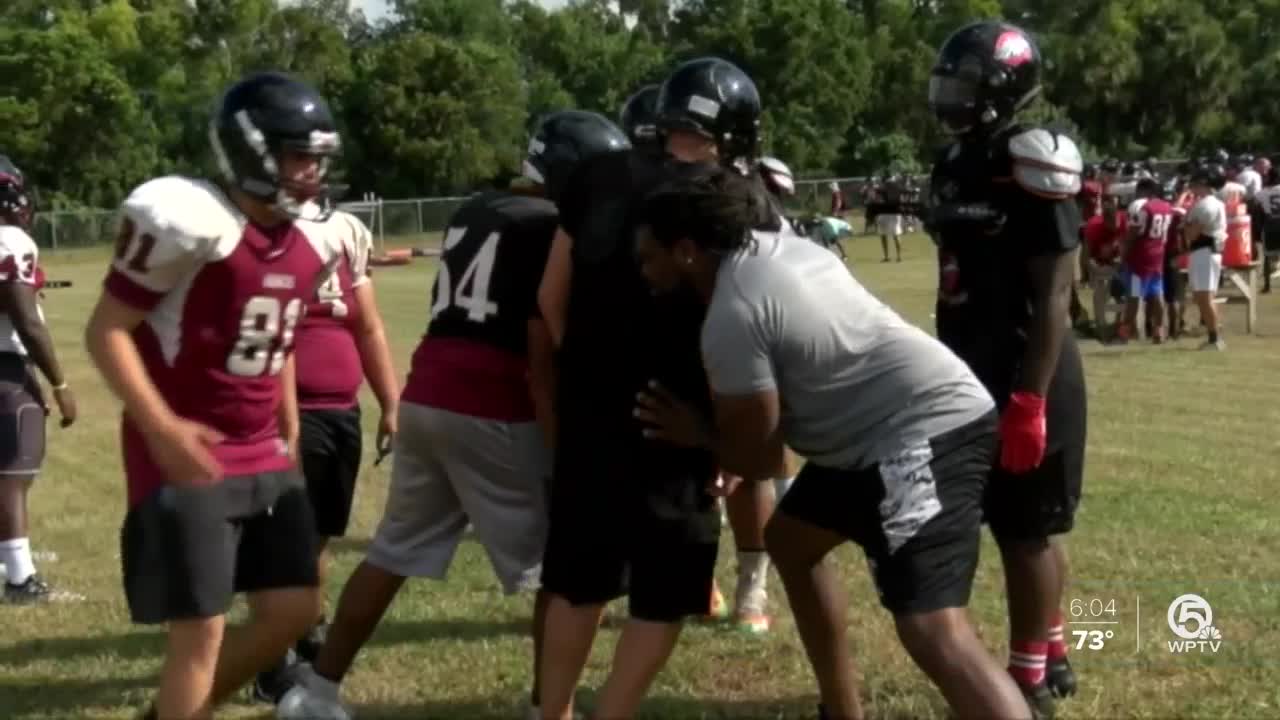 The remainder of Palm Beach Central High School’s regular football season was cancelled after only playing one game.

Now, parents and players want answers about why they can't return to the field.

Palm Beach County health director Dr. Alina Alonso spoke at the school board meeting Tuesday night. She said 62 players were quarantined and five players tested positive for COVID-19 after they were confined to a bus during a rain delay.

She said the parents and players were very cooperative with communication and contact tracing.

"If we would have let them stay in school, they would have spread it in school," Alonso told the school board. "Even though we had an event that was unfortunate, we were able to contain it and not spread it to the school. That's what contact tracing does.”

However, many parents and players expressed frustration about not returning to the field. They questioned why their season was canceled when other schools' seasons were not and said players are getting cleared to return from quarantine.

"We need this season for our futures, not just because of athletics, because of education," Haston said. "High school football is what determines where we are in our future.”

School board member Marcia Andrews, who represents the school, said she is frustrated with the situation and that parents don't seem to be getting any answers.

"I am truly disgusted about having to have this kind of discussion with the leaders here and how you let the boys down," she said. "Let's get it straightened out and give them an opportunity."

Andrews said she wants more information about how the decision was made and what can be done moving forward.

The superintendent said district staff members were at the school board meeting to speak to parents about the situation.