CBS clarifies after saying Kaepernick would stand for anthem 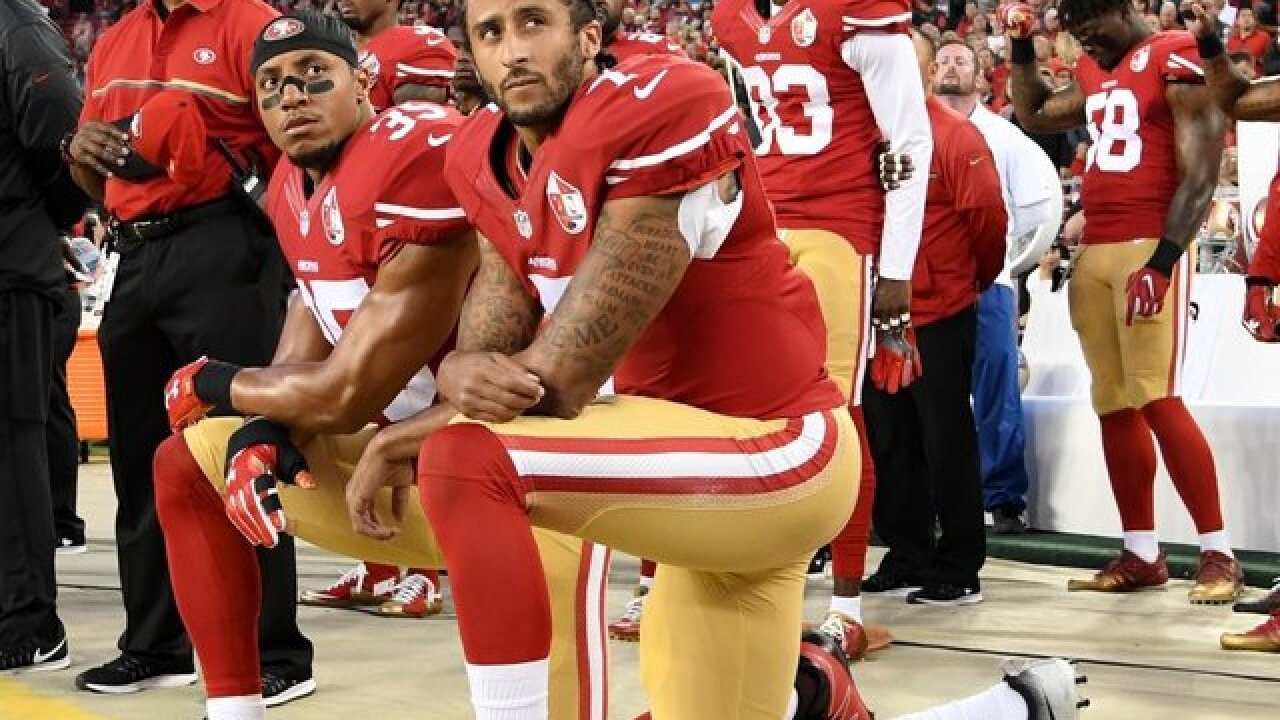 NEW YORK (AP) — A CBS reporter clarified his televised report saying quarterback Colin Kaepernick told him he would stand during the national anthem if he played in the NFL again, saying he didn't actually discuss the issue with the player when they spoke.

Jason La Canfora said in a series of tweets on Sunday that he was relaying previous reporting about Kaepernick and did not ask whether the former San Francisco 49ers quarterback would sit or stand during the anthem when he spoke about his interview with the player during a pregame show.

The reversal came after anchor James Brown asked La Canfora on "The NFL Today": "And kneeling, he said?"

La Canfora responded: "He's not planning on kneeling. He's going to donate all his jersey sales and he's planning on standing for the anthem if given the opportunity, J.B."

La Canfora tweeted later that he does not know what Kaepernick would do during the anthem.

Relying on unnamed sources, ESPN reported in March that Kaepernick would stand during the anthem if he played again. But Kaepernick has not spoken publicly about what he would do.

After La Canfora backed off his earlier report, Kaepernick tweeted: "A lie gets halfway around the world before the truth has a chance to get its pants on," attributing the quote to Winston Churchill even though some scholars have said the quote was not said by the former British prime minister.

According to CBS, La Canfora sat down with Kaepernick, his girlfriend and his trainer on Saturday night. La Canfora summarized their conversation but the segment did not air any comments directly made by the player.

La Canfora said his "primary takeaway" was that Kaepernick's sole focus is on being a quarterback. Kaepernick does on-field work and throws hundreds of passes for several hours a day at an undisclosed location in New Jersey, La Canfora said. La Canfora said Kaepernick also trains in a gym and spends part of his days working with youth in Harlem.