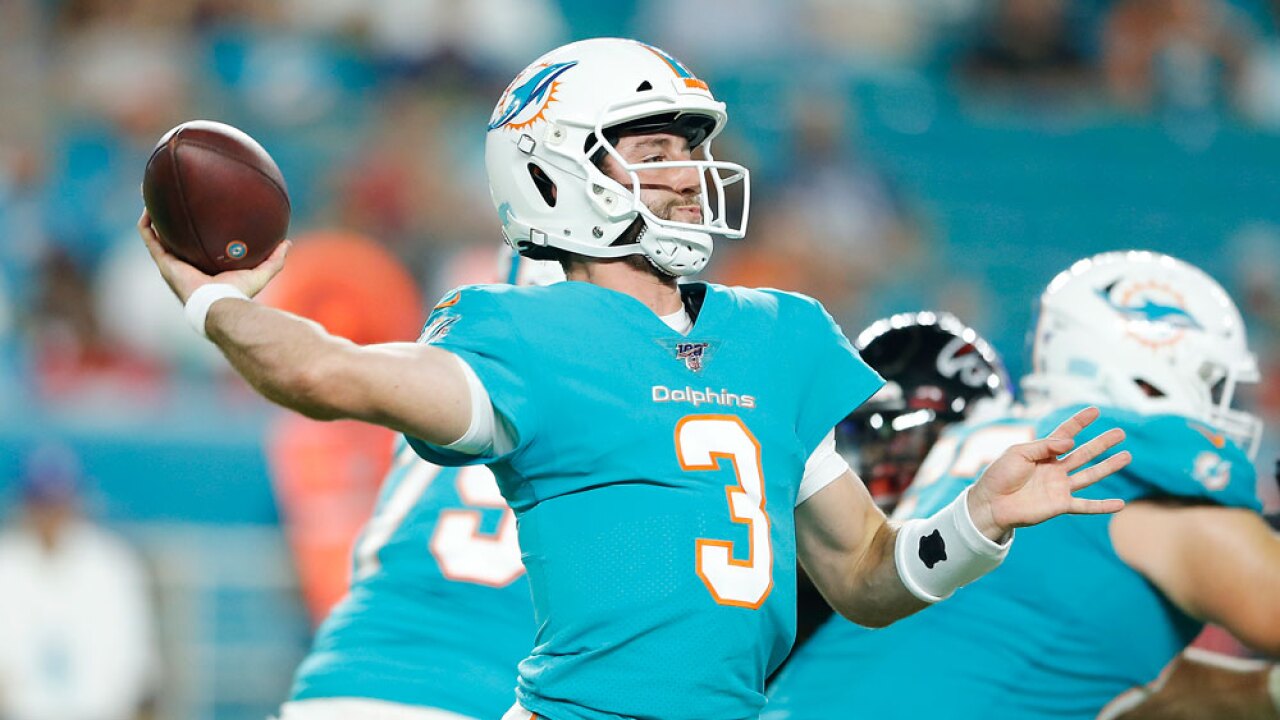 DAVIE, Fla. (AP) — A person familiar with the decision says Josh Rosen will replace Ryan Fitzpatrick this week as the starting quarterback for the Miami Dolphins and try to jump-start a team that has been outscored 102-10 in the first two games.

The person confirmed the decision to The Associated Press on condition of anonymity Thursday because the team had not announced the change.

Rosen, a second-year pro considered a potential franchise quarterback, will make his first start for Miami at Dallas on Sunday.

Rosen was traded in April after only one season with the Arizona Cardinals, who took him in the first round of the 2018 draft. The rebuilding Dolphins are eager to stop a revolving door at the position that is on its 21st starter since Dan Marino's last game 20 years ago.

Sources: The #Dolphins have made a big move. QB Josh Rosen is set to start vs. the #Cowboys on Sunday. Coach Brian Flores made the decision this afternoon.

Josh Rosen, who we can confirm will start vs. Dallas Cowboys on Sunday, adds a jolt of interst to the season. Rosen gets legit chance to show he has franchise QB potential. #miamidolphins