From Toronto to Tampa: Raptors to begin NBA season in Florida 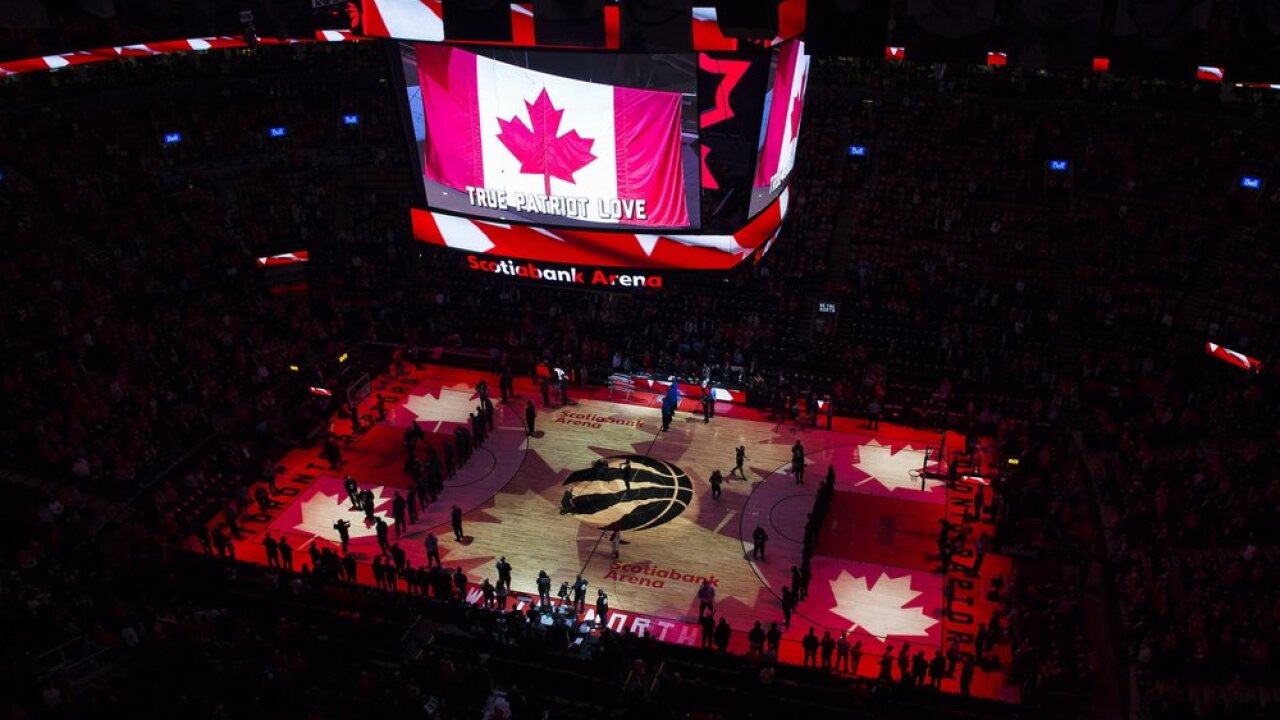 (Copyright 2020 The Associated Press. All rights reserved. This material may not be published, broadcast, rewritten or redistributed.)
Nathan Denette/AP
Fans sing the Canadian national anthem before Game 2 of an NBA basketball first-round playoff series between the Orlando Magic and the Toronto Raptors, April 16, 2019, in Toronto.

DELRAY BEACH, Fla. — Florida is getting a third NBA team -- at least temporarily.

The Toronto Raptors will start the NBA season next month in Florida because of travel restrictions the Canadian government has put in place stemming from the coronavirus pandemic.

"Ultimately, the current public health situation facing Canadians, combined with the urgent need to determine where we will play, means that we will begin our 2020-21 season in Tampa, Florida," Raptors president Masai Ujiri said in a statement Friday.

The team had been looking at alternative sites for several weeks, including the BB&T Center Sunrise, home of the NHL's Florida Panthers.

But with NBA training camp less than two weeks away and a new season starting on Dec. 22, the Raptors were pressed to make a final decision.

Instead, they will play home games at Amalie Arena, home of the Stanley Cup champion Tampa Bay Lightning.

Scotiabank Arena is the usual home of the NBA's lone Canadian team, but the U.S.-Canada border remains closed to nonessential travel.

"So we'll be away from our home and our fans for now," Ujiri said. "They say absence makes the heart grow fonder. I'm not sure that's possible for us. We love Toronto and Canada, and we know we have the best fans in the NBA. For now, I'll ask you to cheer for us from afar, and we'll look forward to the day we are all together again."