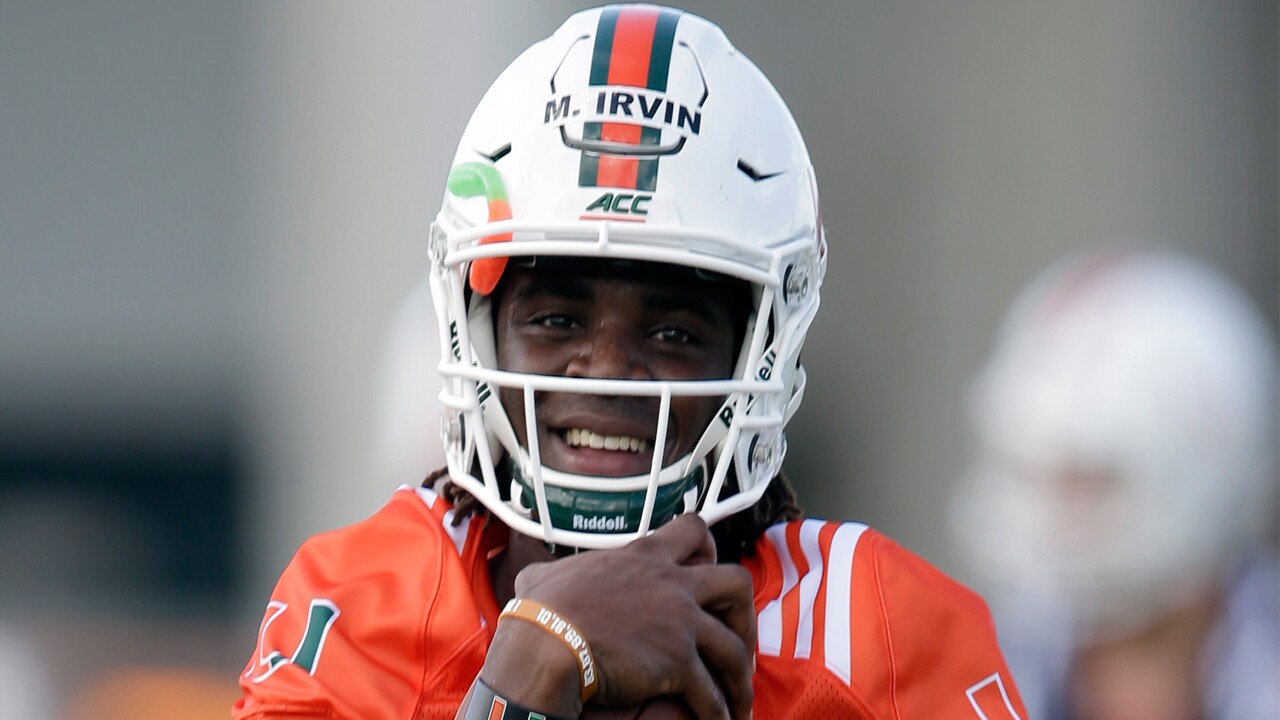 BOCA RATON, Fla. — The son of former Miami Hurricanes and Dallas Cowboys star Michael Irvin won't be going too far away for his final season of college football.

Michael Irvin II announced Tuesday on Twitter that he is joining Florida Atlantic to play for new head coach Willie Taggart in 2020.

Irvin said he has "been granted an opportunity that I can't pass up."

As the son of a Pro Football Hall of Fame wide receiver, Irvin came to Miami with plenty of fanfare, but he's got little to show for it in four years on campus.

Irvin has just 11 catches for 111 yards in his career. Because he missed all but the bowl game during the 2018 season, Irvin has one year of eligibility remaining.

RELATED: FAU football players allowed back on campus in June

He'll be a likely candidate to replace Harrison Bryant, who won last season's Mackey Award, given to the nation's top tight end. Bryant, who caught 65 passes for 1,004 yards and seven touchdowns in 2019, became a fourth-round draft pick of the Cleveland Browns.

"I have received unparalleled amounts of love from the staff and I am extremely excited to start this new chapter of my life," Irvin wrote.

The Owls are in their first season under Taggart, who was hired in December to replace the departed Lane Kiffin.