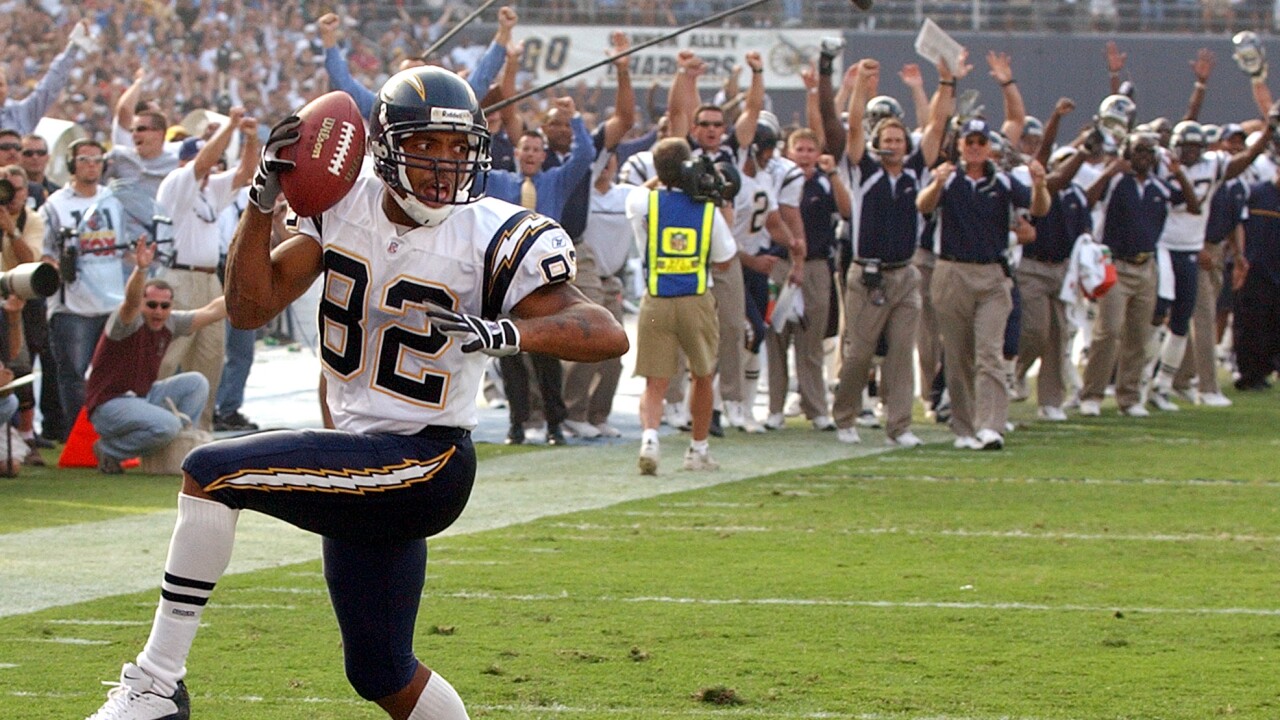 (Copyright 2020 The Associated Press. All rights reserved. This material may not be published, broadcast, rewritten or redistributed.)
Denis Poroy/AP
San Diego Chargers Reche Caldwell dances into the end zone as the Chargers bench celebrates on a 2-yard touchdown reception during the fourth quarter Sunday, Oct. 13, 2002, in San Diego. The touchdown and extra point gave the Chargers a 35-34 win.

Caldwell's mother told TMZ Sports that her son was fatally shot during an attempted robbery.

Caldwell, who grew up in Tampa, played for the Steve Spurrier-coached Gators from 1998-2001.

We are deeply saddened by the loss of former Gator WR Reche Caldwell.

Our thoughts and prayers are with him and his family. pic.twitter.com/J86KUj7yEw

Caldwell went on to spend six seasons in the NFL with the San Diego Chargers, New England Patriots and Washington Redskins.