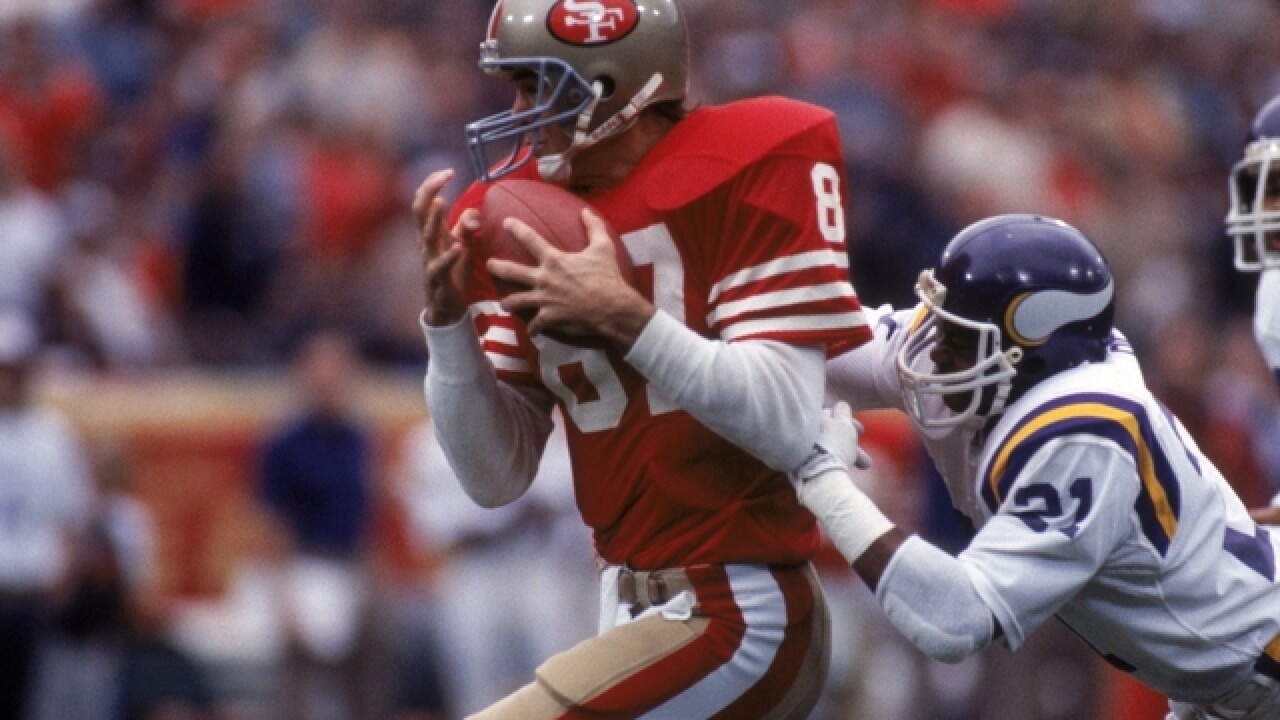 His wife, Kelly, announced his passing on Clark's verified Twitter account: "I'm heartbroken to tell you that today I lost my best friend and husband. He passed peacefully surrounded by many of the people he loved most. I am thankful for all of Dwight's friends, teammates and 49ers fans who have sent their love during his battle with ALS."

The 49ers released a statement that said, in part: "The San Francisco 49ers family has suffered a tremendous loss today with the passing of Dwight Clark. We extend our condolences and prayers to Dwight's wife, Kelly, his family, friends and fans, as we join together to mourn the death of one the most beloved figures in 49ers history."

Clark was on the receiving end of one of the greatest plays in NFL history, forever known as "The Catch."

The two-time Super Bowl champion caught the touchdown pass from Joe Montana in the 1981-82 NFC playoffs, tying the game and spurring the 49ers to a 28-27 win over the Dallas Cowboys in the final minute of the game.

Clark revealed in 2017 he had been diagnosed with ALS, which is also known as Lou Gehrig's disease.