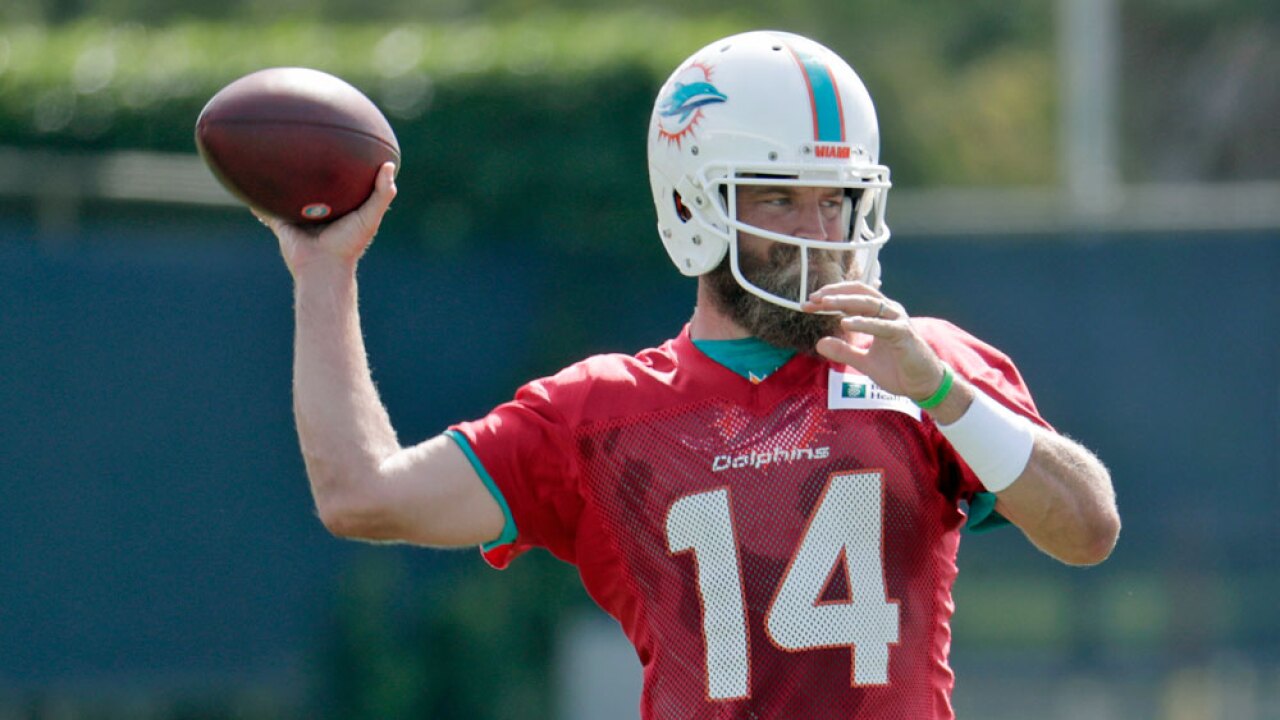 Speaking before practice Tuesday less than a week into training camp, Flores said Fitzpatrick has run the offense well, shown great leadership and been more productive. But the first-year coach said the competition involving the two Dolphins newcomers will continue.

Fitzpatrick, who is entering his 15th NFL season, worked with the first team throughout offseason drills. This year he can become the first player to throw a pass for eight teams.

Rosen had a rocky rookie season last season after being drafted in the first round by Arizona. Miami traded for him in April.

The Dolphins began camp without quarterback Ryan Tannehill for the first time since 2011.