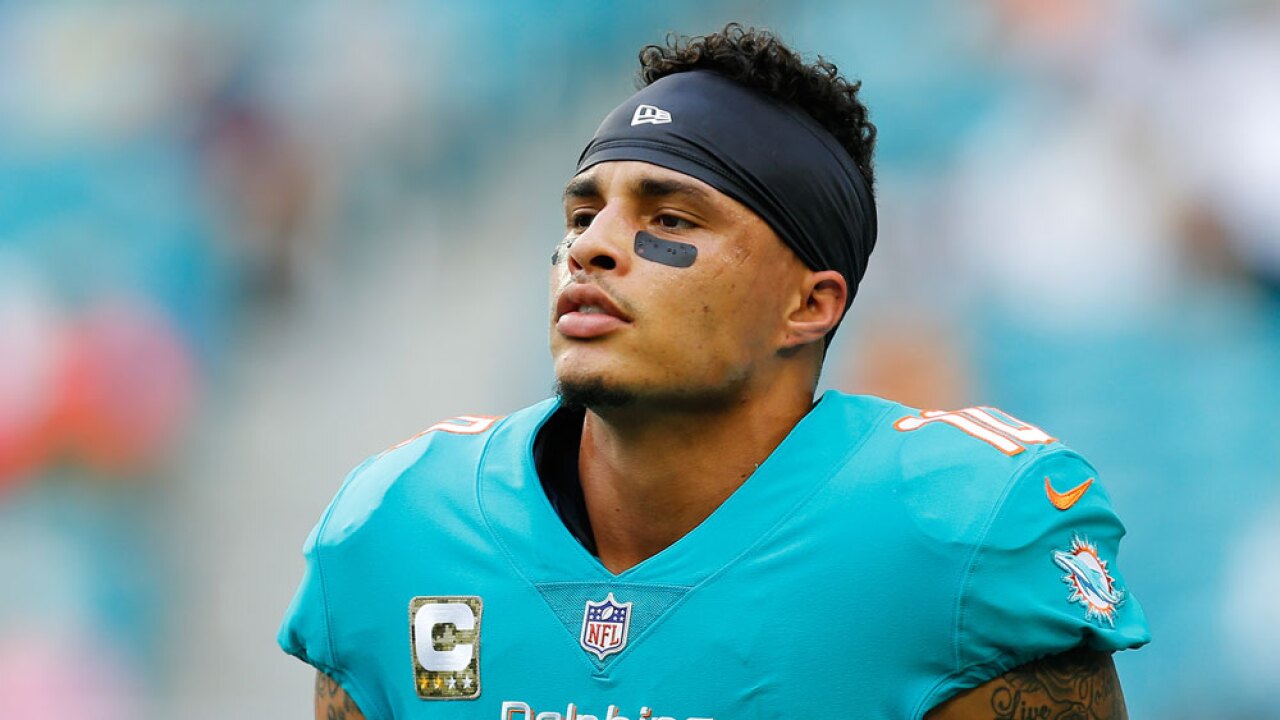 MIAMI (AP) — Miami Dolphins owner Stephen Ross is defending his support of longtime friend Donald Trump after being criticized about it by one of his players.

Receiver Kenny Stills' comments Wednesday followed a report by the Washington Post that Ross plans to host a fundraiser for the president.

Stills tweeted a screen capture from Ross' anti-racism RISE initiative's website and wrote, "You can't have a non-profit with this mission statement then open your doors to Trump."

Ross' fundraiser is scheduled for Friday at his home on Long Island, the Post said.

"I always have been an active participant in the democratic process," Ross said in a statement. "While some prefer to sit outside of the process and criticize, I prefer to engage directly and support the things I deeply care about."

Ross and Trump have been friends for 40 years. Both are New York real estate billionaires with homes in Palm Beach, Florida.

In the wake of last weekend's mass shootings in Texas and Ohio, Trump's critics have blamed his incendiary rhetoric for inflaming political and racial tensions.

Said Ross in his statement: "I have been, and will continue to be, an outspoken champion of racial equality, inclusion, diversity, public education and environmental sustainability, and I have and will continue to support leaders on both sides of the aisle to address these challenges."

Stills has been kneeling during the national anthem before Dolphins games since 2016 and has been vocal in discussing racial inequality and other issues.

Last season Trump said NFL players who refuse to stand for the anthem should be suspended without pay, and he also retweeted a photo that showed Stills kneeling as the anthem played.

Ross is one of several NFL owners who publicly support Trump. The group includes New England Patriots owner Robert Kraft and New York Jets' Woody Johnson, who has been U.S. ambassador to Britain since 2017.

As Ross drew criticism from one of his players, the National Football Foundation and College Hall of Fame announced the Dolphins owner will be inducted into its Leadership Hall of Fame on Aug. 28.

"Stephen Ross has built a reputation as one of the top business leaders in our country today," NFF chairman Archie Manning said in a statement Wednesday.