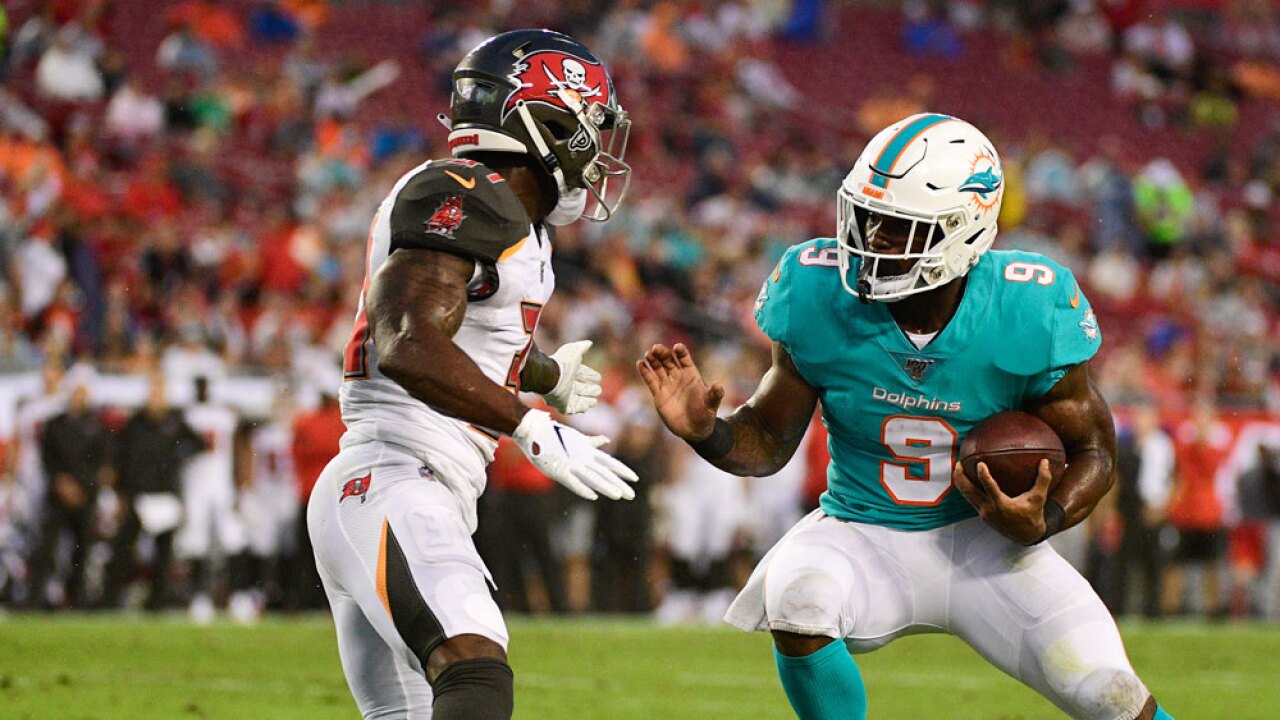 The suspension stems from Walton being arrested three times last offseason in his hometown of Miami. He was sentenced in August to six months' probation after pleading no contest to a misdemeanor weapons charge.

Other charges, including marijuana possession and reckless driving, were dismissed.

Walton became a starter in Week 5 and leads the Dolphins with 201 yards rushing.

The former University of Miami star was drafted in the fourth round in 2018 by the Cincinnati Bengals. They released him after his arrests, and he signed in May with the Dolphins.

They had been aware of the likelihood of his suspension.

"Mark has done everything we have asked of him both on and off the field since signing with the Dolphins," coach Brian Flores said in a statement. "We look forward to having him back at the conclusion of his suspension."

Walton will be eligible to return to the active roster Dec. 2 following the Week 13 game against the Eagles.

Kalen Ballage, who has rushed for just 70 yards in 35 carries this year, will likely replace Walton as the starter for Miami (1-7) on Sunday at Indianapolis. Last week the Dolphins traded running back Kenyan Drake to Arizona, even with Walton's suspension looming.

NFL rules allow Walton to be at the team complex and to attend meetings during the suspension, but he can't practice or play in games.