Dolphins MVP QB Ryan Fitzpatrick might not be back next season 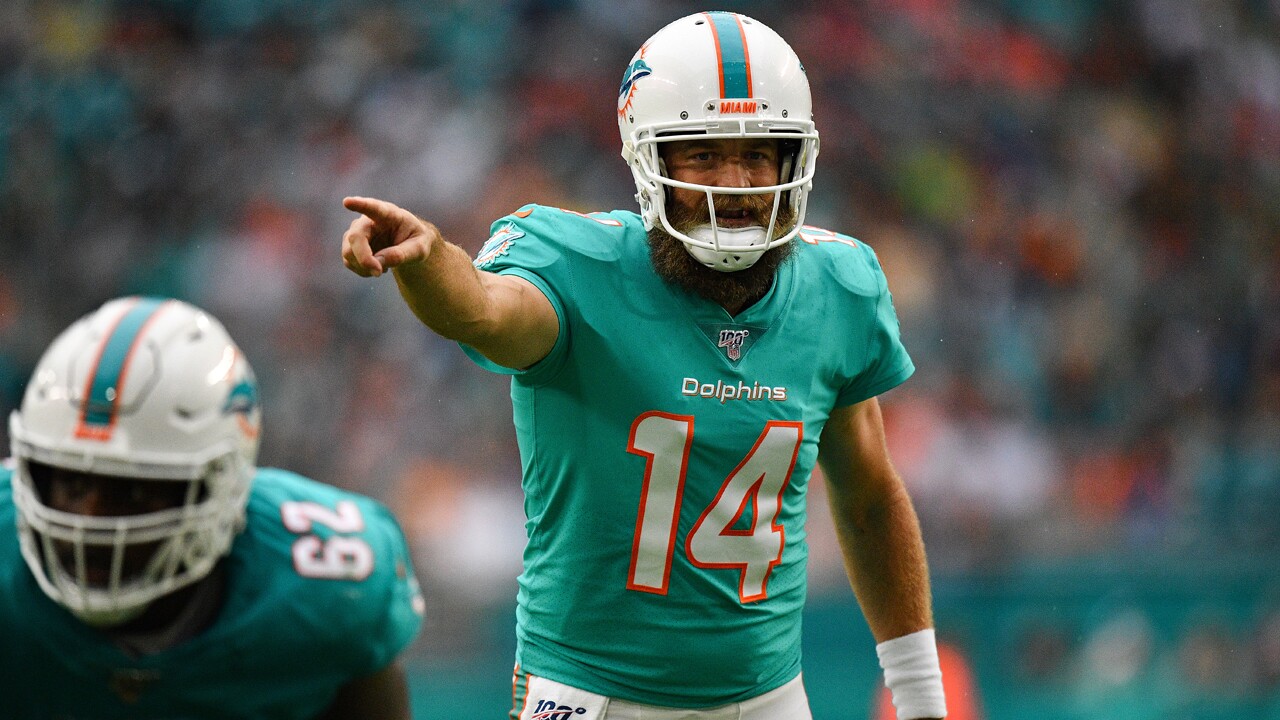 Getty Images
Mark Brown/Getty Images
Ryan Fitzpatrick #14 of the Miami Dolphins calls out the play against the Cincinnati Bengals in the first quarter at Hard Rock Stadium on December 22, 2019 in Miami, Florida.

MIAMI (AP) - Ryan Fitzpatrick was voted the Dolphins' MVP this season, but he might not even be a starter next year. That's one reason why Fitzpatrick might retire rather than play another season.

He's a 37-year-old father of seven and wants to spend more time at home in Tampa with his family.

On the field, Fitzpatrick is a big reason why the Dolphins have won four of their past eight games after an 0-7 start. But owner Stephen Ross has said the top priority in the offseason will be to acquire a franchise quarterback.

Fitzpatrick would rather play than hold a clipboard.