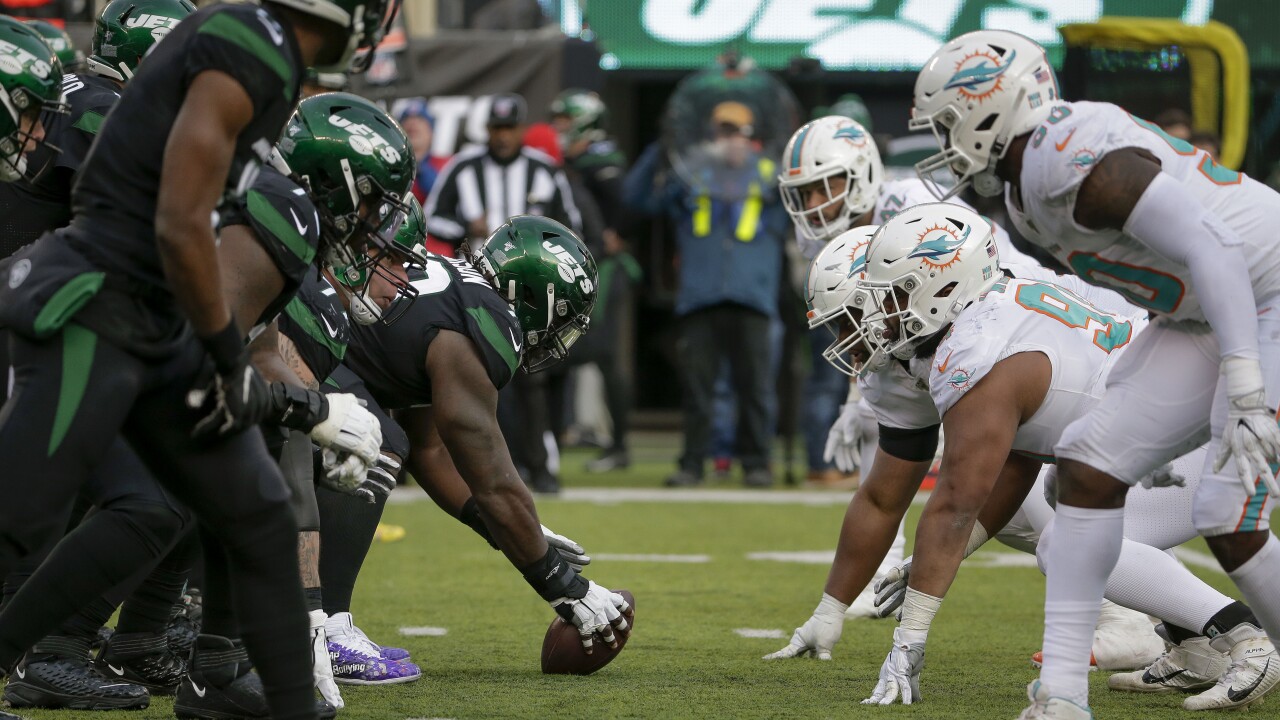 (Copyright 2020 The Associated Press. All rights reserved. This material may not be published, broadcast, rewritten or redistributed.)
Seth Wenig/AP
The New York Jets and Miami Dolphins line up at the line of scrimmage during the third quarter, Sunday, Dec. 8, 2019, in East Rutherford, N.J.

Miami was originally scheduled to play at Denver on Oct. 18, but the Broncos will instead play the New England Patriots.

The NFL moved the game after another Patriots player tested positive for COVID-19.

Because the Broncos will travel to New England on Oct. 18, the Dolphins will now host the New York Jets, originally scheduled for Nov. 15, that day.

Miami's game against the Broncos has been moved to Nov. 22.

The Dolphins will now have their bye week on the final Sunday of October.

Last but not least, Miami's home game against the Los Angeles Chargers will now come sooner than expected. That game will be played Nov. 15.

Miami was one of eight NFL teams to have its schedules shuffled as a result of New England's coronavirus outbreak.